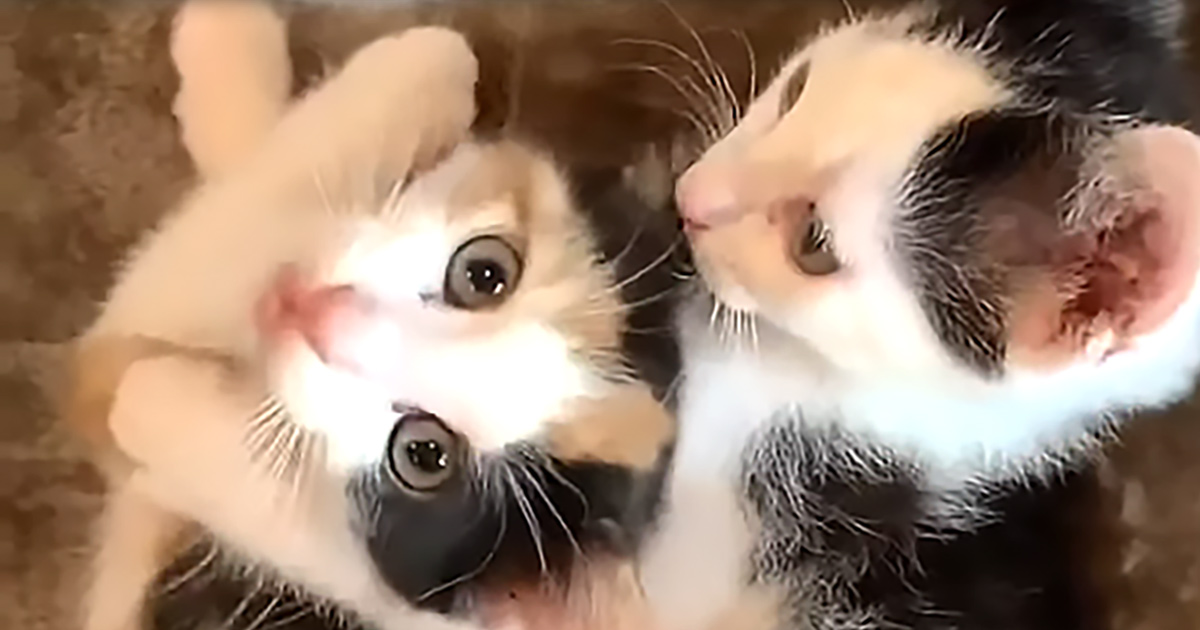 A woman heard cries coming from inside a garbage bag and investigated to find three tiny kittens trapped inside. She took them to a shelter, where the two survivors struggled to stay alive. Experts warned Barb, a foster volunteer who wanted to help them, that the feline pair might not live, but she knew they were worth a fighting chance and wanted to give it to them. She took them home to devote her time and resources to them.

Seemingly, the only comfort Wally – the more delicate and pallid of the two – could find was in embracing his sister, the more confident and healthy sibling, named Eve. His eyes betrayed a downtrodden feeling as if his will to live had been sapped, and he refused to take his meals from a bottle, so Barb had to feed him through a tube. Wally wouldn’t look in Barb’s eyes or even lift his head. His potential for survival was uncertain.

Eve would not give up on Wally. She surrounded him with her snuggles, protectively purring on him and encouraging him to find a fighting spirit. Just over a week into their time in Barb’s home, Wally began showing signs that his sister’s consistent support was paying off. He tried a little bit of meaty baby food from a spoon.

Both kittens required massage therapy to recover strength in their legs so that they could move around in their space. Eve continued cheering on her brother and inspired him to run and play as the two found new strength and began gaining weight. Wally became more playful and he and his sister both recovered fully from their rough beginnings. Their close connection continued and Barb knew they could not ever be separated. Fortunately, a forever family adopted the kittens together, so they could have each other to lean on for the rest of their lives. 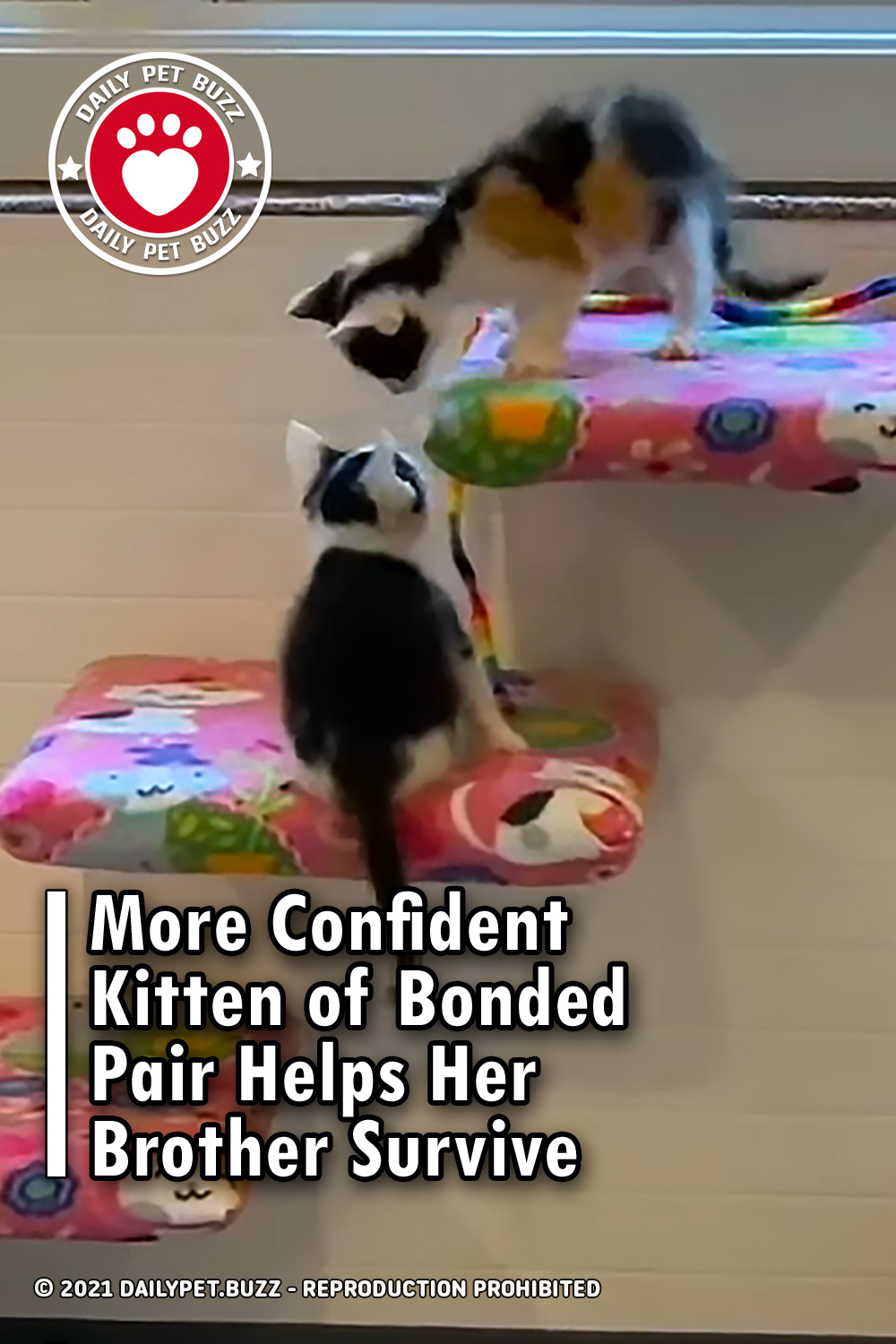