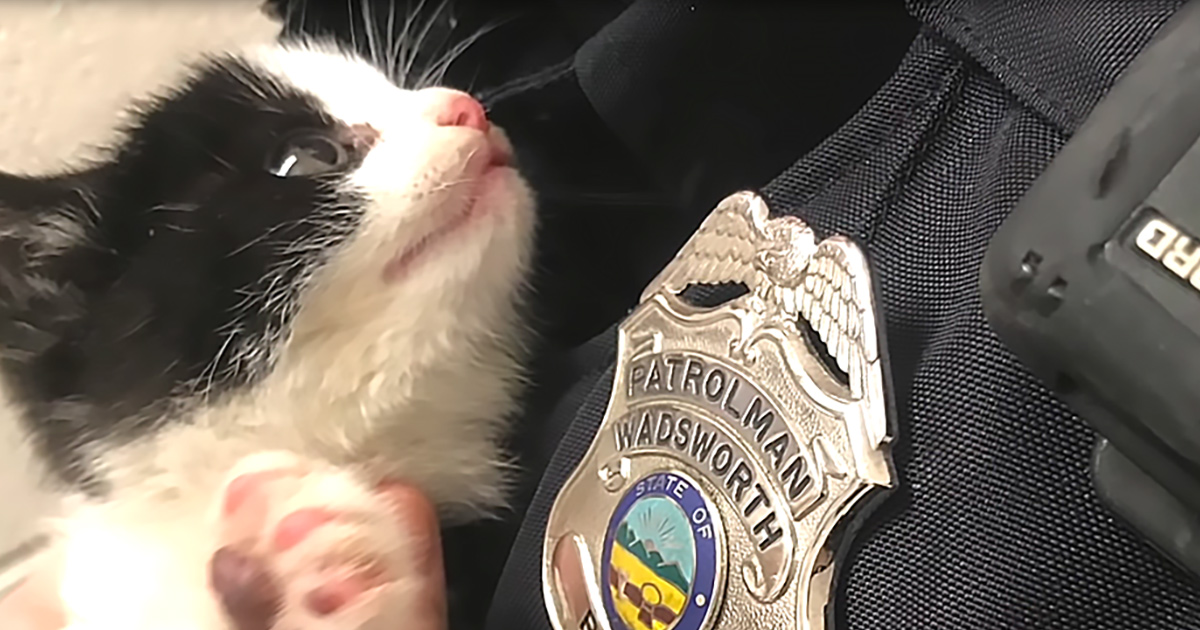 Officer Vivian Feke responded to a call about a kitten who appeared mysteriously inside a residential home. When she arrived on the scene, a man handed over the kitten to the police officer, who was charmed immediately by the tiny home invader smartly dressed in her fur tuxedo. Officer Feke planned to call the local animal shelter to find out if they could help, but as they were already closed for the evening, she brought the pint-sized feline back to the station for a night of safe-keeping.

With the feline perp secured in her patrol car, Officer Feke drove back to the police station, where she opened a can of cat food to give her petite prisoner a meal. The tuxedo kitten was hungry and devoured the whole can. It didn’t take long for every officer at the station to hear her meows and show up at the scene to investigate.

That night the diminutive perpetrator stole the show – and every heart in the police station. She knew how to pour on the charm and win over the officers, turning on her prolific purr motor and accepting all the affection they offered her. Not surprisingly, the little home invader never made it to the shelter.

One of the officers on duty that night simply couldn’t resist her and decided to adopt her. They became fast friends and the adorable kitty fell fast asleep on her new human’s lap their first night at home together. It remains a mystery how the tuxedo-wearing intruder got into the home where she was discovered, but considering the happy outcome, it simply doesn’t matter. 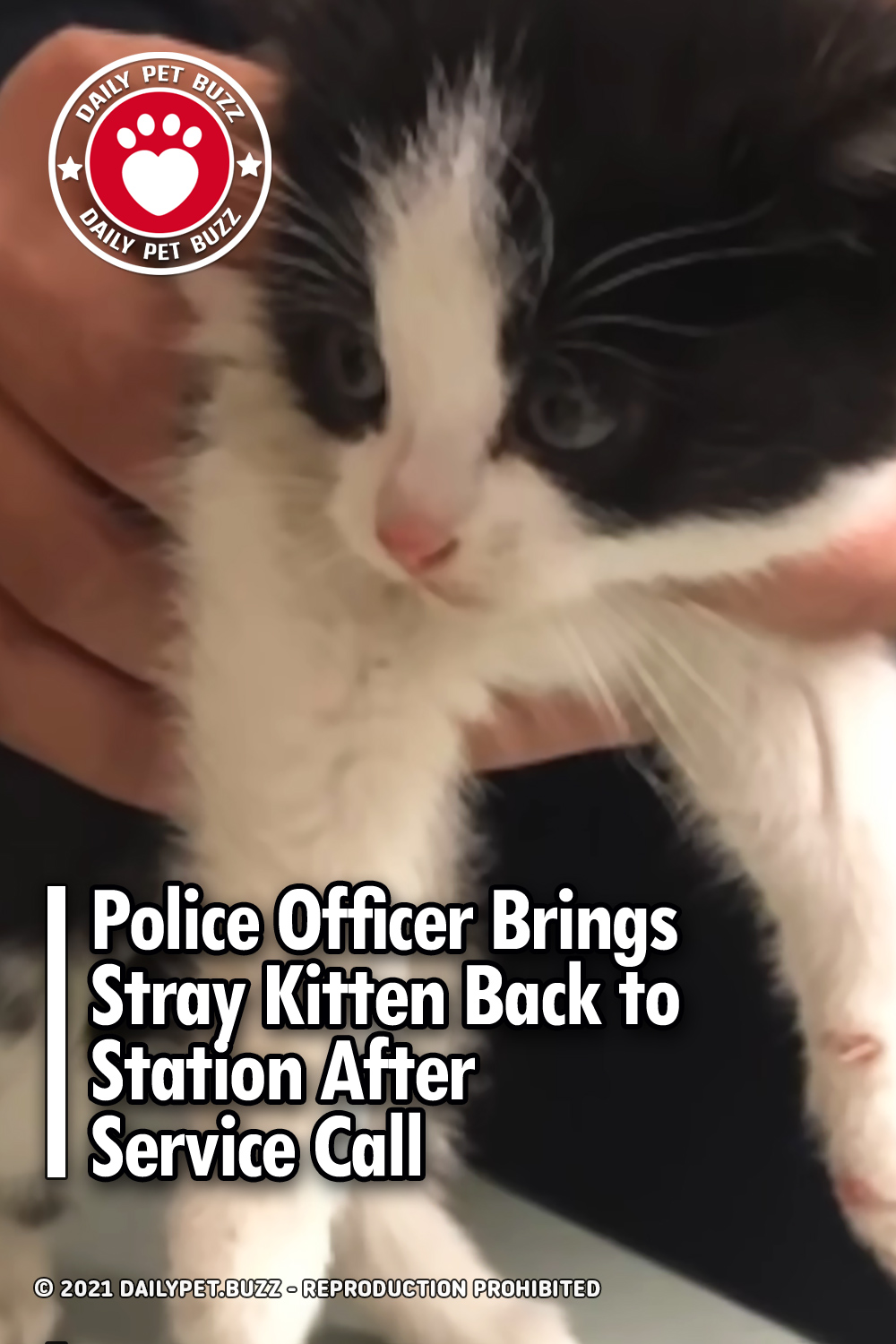