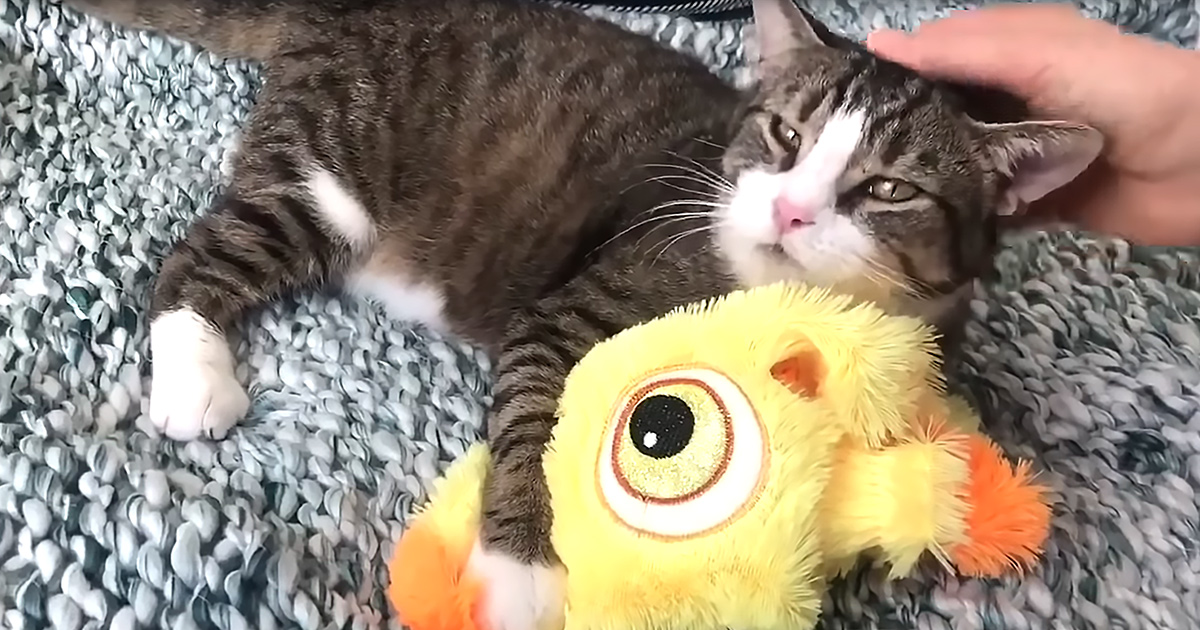 Stephanie of Montreal, Canada has a soft spot for homeless cats and has set up several shelters in her back yard to provide warmth to help strays combat the harsh winters common to her locale. As the colder weather was approaching, the woman spotted a stray tabby-and-white cat investigating, and then using, one of her makeshift cat homes.

Benevolent Stephanie took to leaving food for her feline visitor and checking neighbors and other resources for potential guardians who might be missing him. Time and consistent feedings emboldened the cat, and soon he ventured closer to her porch and began waiting for her around mealtime. It was getting further into the cold season, so Stephanie encouraged the hungry cat to enter her house.

It took very little encouragement for the inquisitive tabby to come inside the source of warmth and tasty morsels, and once he took a cursory sniff of all the interior corners, he settled into the room she had provided to keep him separated from her two cats, and accepted the affection Stephanie offered with deep, satisfied purrs. He may have been a bit uneasy at first, but he was receptive to her offerings and in no time at all, the formerly homeless cat was seeking out her love.

Because she could not take on the responsibility for one more feline mouth to feed, Stephanie contacted local rescue organization, Chatons Orphelins Montréal, to proceed with the care of the cat, now named Teddy, who had wandered into her yard earlier in the season seeking a warm place to stay. The rescue had him vetted and treated for parasites. Affectionate love-bug Teddy now spends his days absorbing all the love he can at his foster home, where he waits for the day he can share his considerable charm with a family who will adore him.