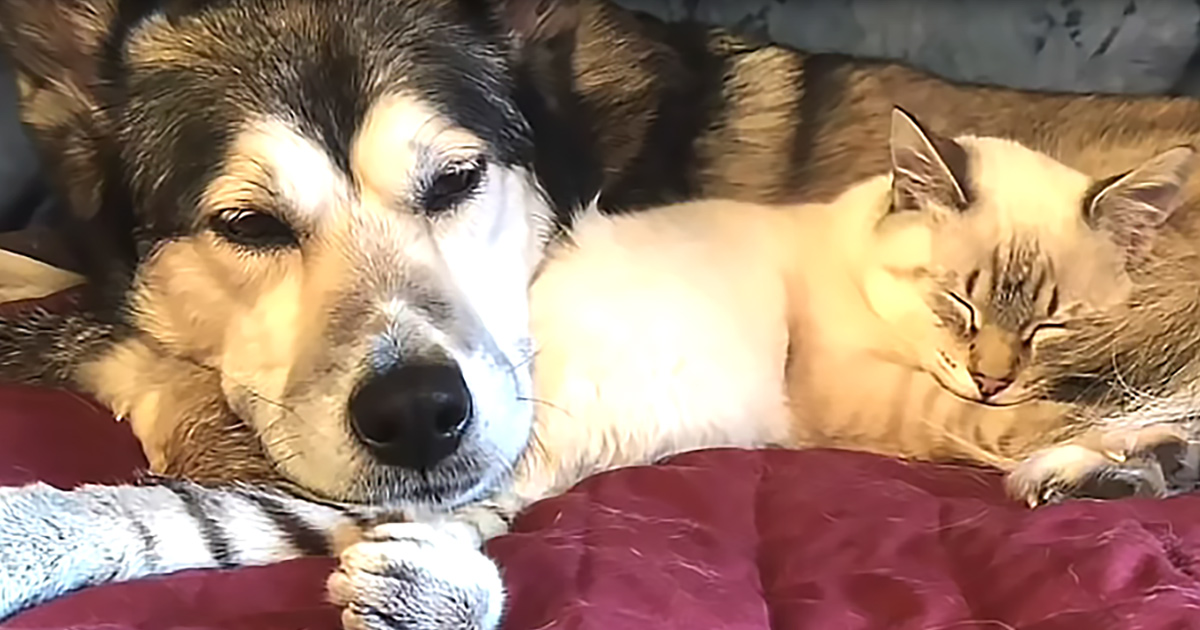 HarPURR came to a special needs-focused cat rescue at the age of three weeks, unable to walk, but craving the affection of a maternal figure. The pint-sized kitty was unable to walk and the veterinarian speculated his spine may have been crushed during birth, as his injuries had already healed fully. The intrepid kitten with the heart of a fighter didn’t let his inability to use his hind legs deter him from grasping at life full-on with his remaining limbs.

Little HarPURR loved the attention of the rescue volunteers, but the humans who doted on him recognized that he was not satisfied to be loved and then put him back in his kennel with only a stuffed animal. He needed a mama figure with whom to snuggle throughout the day. Rescue founder Shannon Basner had the perfect solution: Her dog, Cinder, who was no stranger to motherhood, having given birth to multiple litters in her pre-rescue life.

Cinder the maternal dog and HarPURR the kitten in need of a mother figure made a connection straight away. HarPURR snuggled into Cinder’s warm fur and his purr motor rumbled deeply. It was clear that Cinder provided the perfect brand of comfort for the orphaned kitten. Surrogate mother Cinder allows him to cuddle with her and behave as kittens do.

Since HarPURR has grown significantly bigger, into a teenager, he has been fitted for a cart, with wheels to replace the legs he is unable to use. Following each exercise session, Cinder stimulates his legs by licking them and offering her motherly support to her proxy son. When Cinder and HarPURR snuggle together, they warm the hearts of all who witness them. 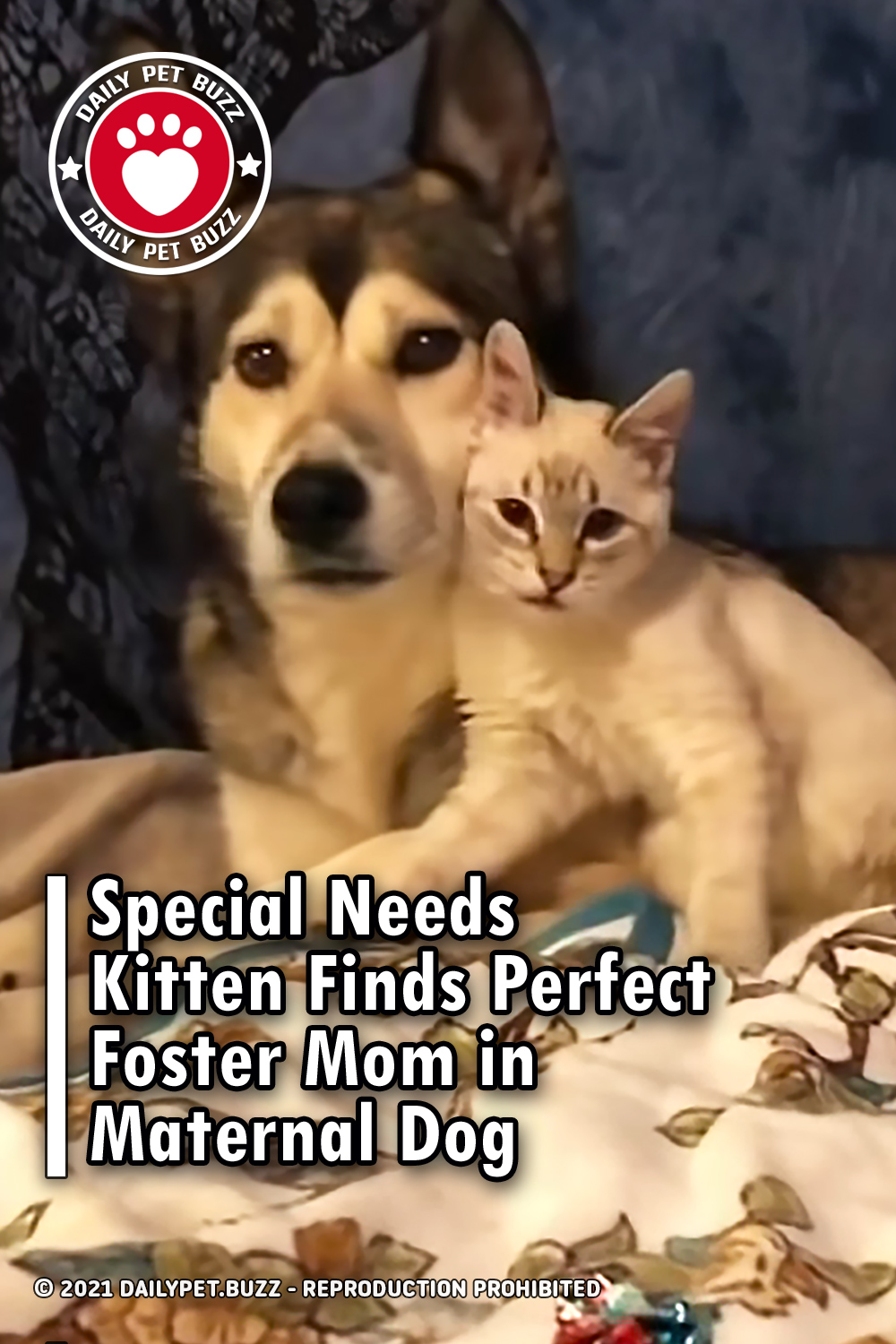