Cats are one of the most adorable creatures on the planet. Though these poor animals are often depicted as animals that are ‘waiting to dominate the human race,’ they are actually real sweethearts. For example, take this cute cat in the video above! You are going to melt when you see how much this kitty loves his friend.

Winston the cat has an unlikely best friend named Zeke, a puppy. But despite their obvious differences, the love these adorable animals have for each other is unparalleled as we can clearly see in the clip. Poor Zeke was allergic and sick due to certain grasses, so he was just back home from the vet. And this is how Winston decided to take care of him.

Zeke had been given Benadryl at the vet to stop the hives that his allergy caused, and this made him quite sleepy. So in this clip, Winston is licking Zeke’s ears and taking care of him. Zeke looks comforted by the special treatment he gets from Winston, and he also looks very sleepy and so cute!

Winston must have decided Zeke needed to be warm, because he climbs on top of his best friend and cuddles with him, keeping him cozy and warm for his nap. It’s just adorable. Winston is almost as big as Zeke and he seems like he might be squishing him a bit, but Zeke doesn’t seem to mind.

Watch their cute friendship in the video above. Have you ever seen a cat react that way before? Let us know in the comments section! 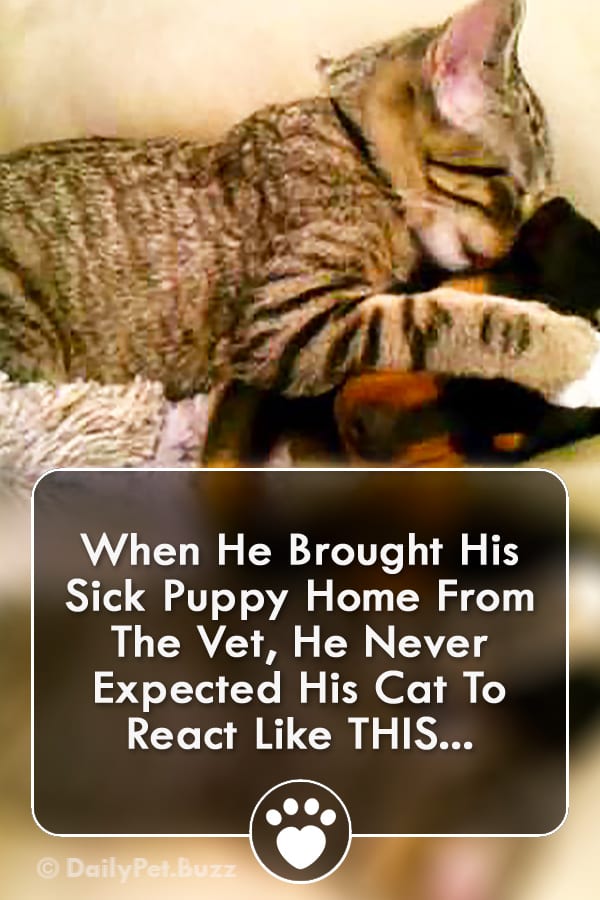