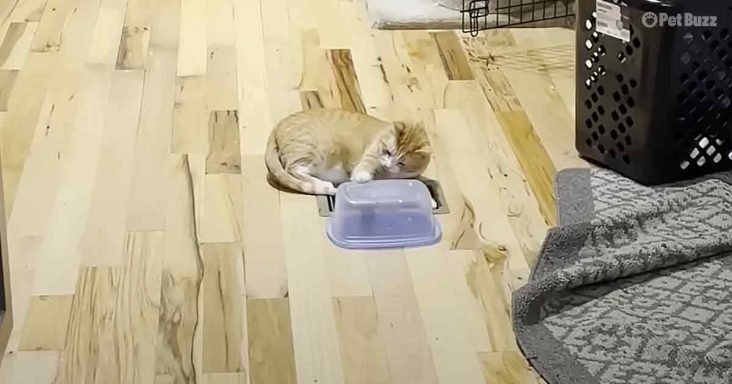 Oliver, the cat, was surprised by Robin when she ordered a bunch of Tupperware for him. There is nothing in the world Oliver loves more than Tupperware. 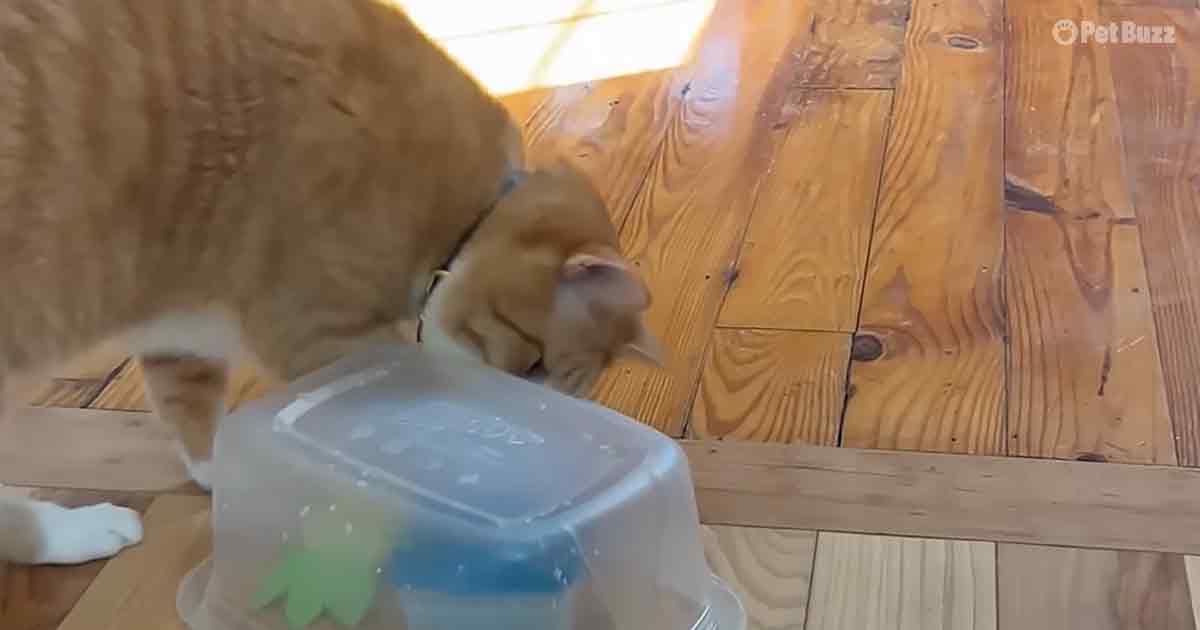 He would carry around the container in his mouth as if he was carrying the rarest treasure in the world. Robin simply spotted one night that Oliver stole the Tupperware off a shelf.

Ever since then, he became known to her as “Container Cat.” She was shocked at first, but now he does it all the time. Oliver had come a long way from when Robin first found him. 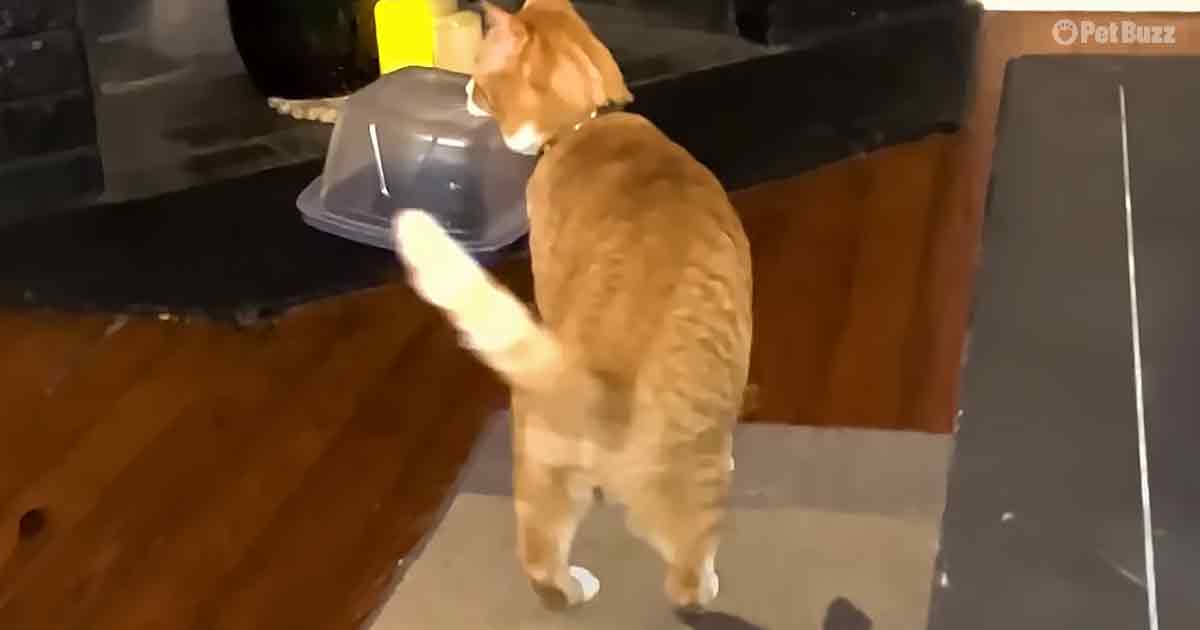 Around a year and a half ago, Oliver was hiding under a bush by himself, and his eyes hadn’t opened yet. Robin rescued him and bottle-fed him all day.

A few weeks later, Oliver got sick. Robin held him close and made skin-to-skin contact like a mother would do with their infant. Eventually, his fever broke, and Oliver started acting like a maniac three days later. 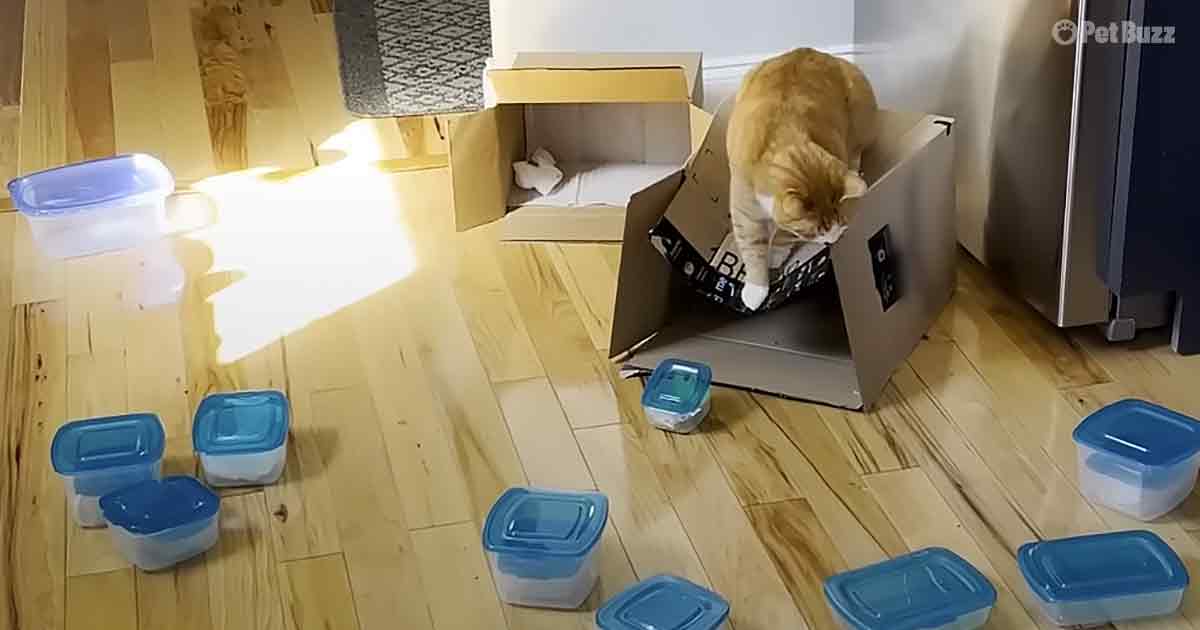 Oliver gets along with the dogs while the cats hiss at him. He’s never had his own buddy or best friend, so the Tupperware became his special companion.

Robin needed the Tupperware Oliver stole, so she ordered twenty new ones of various sizes just for him. When the box arrived with the fresh containers, Oliver was the happiest cat in the world. 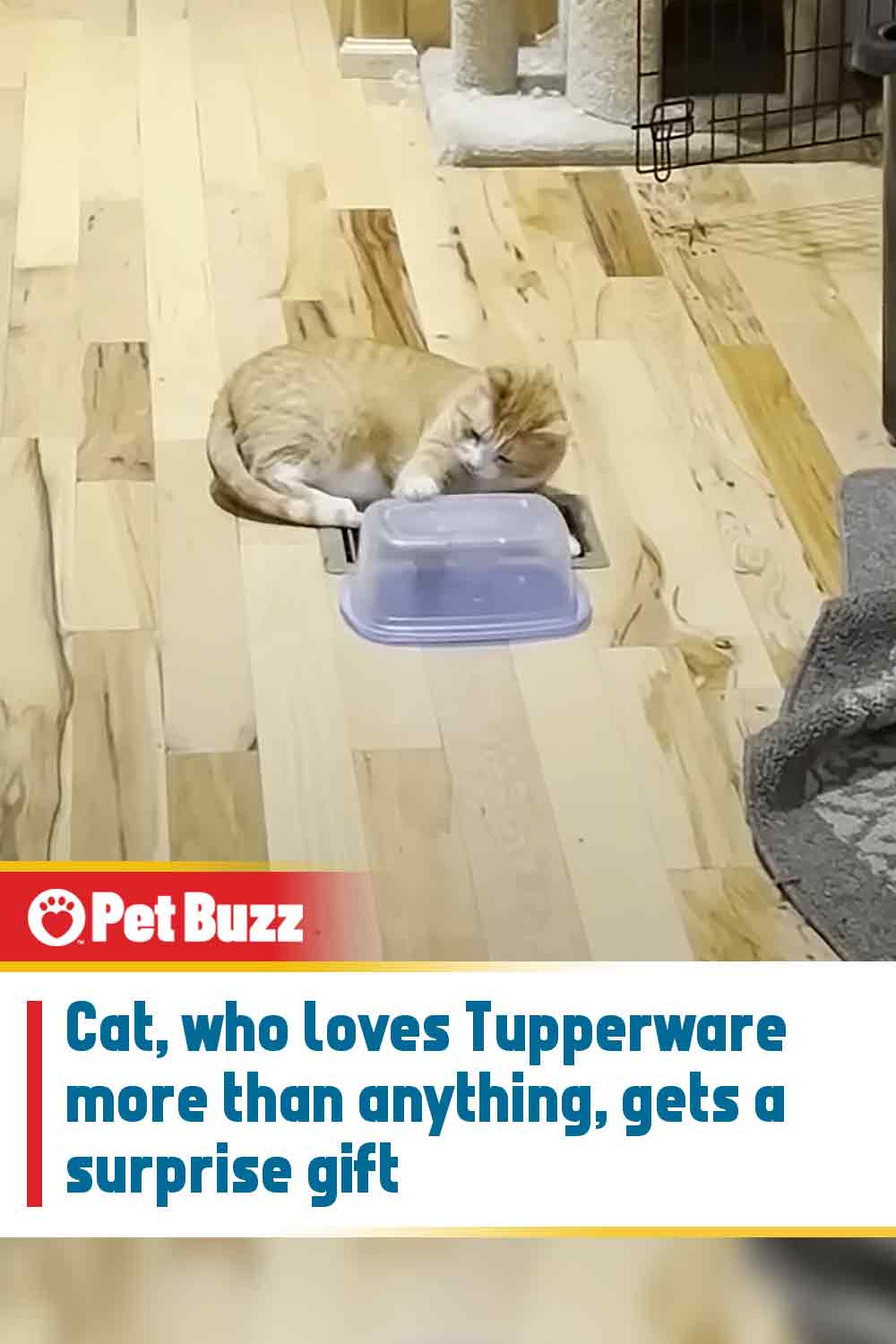