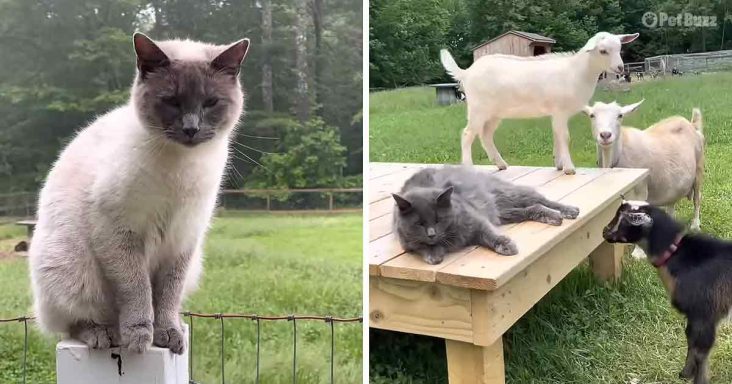 3 barn cats are hard at work all over the Sunflower Farm Creamery. Their names are Virginia, Roger, and Phil. Virginia is older, while Roger and Phil are tailless brothers.

It is a beautiful day, and Roger is bathing on a wooden platform under the sunlight. He is keeping an eye on the goats while they are curiously watching him as well.

He doesn’t seem too bothered by the baby goats coming close to him. Roger rolls onto his back and gently taps one of the goats that sniffs his face.

On the other side of the farm, Phil is keeping a watchful eye on another group of goats. He stays in the shade and makes sure that none of them leave his sight.

Roger also spends time with a puppy to train him and teach him manners. The cats also share the barn with the goats. They can climb into any area to count the swallows and catch rodents.

Phil walks on the fences around the farm like a tightrope performer, and the puppy excitedly follows him around. When it gets to naptime, Phil and Roger cuddle together.

Virginia was seen drinking the extra milk. There are certain risks to having cats roam freely outdoors, but the farmers see that these felines are living their best lives. 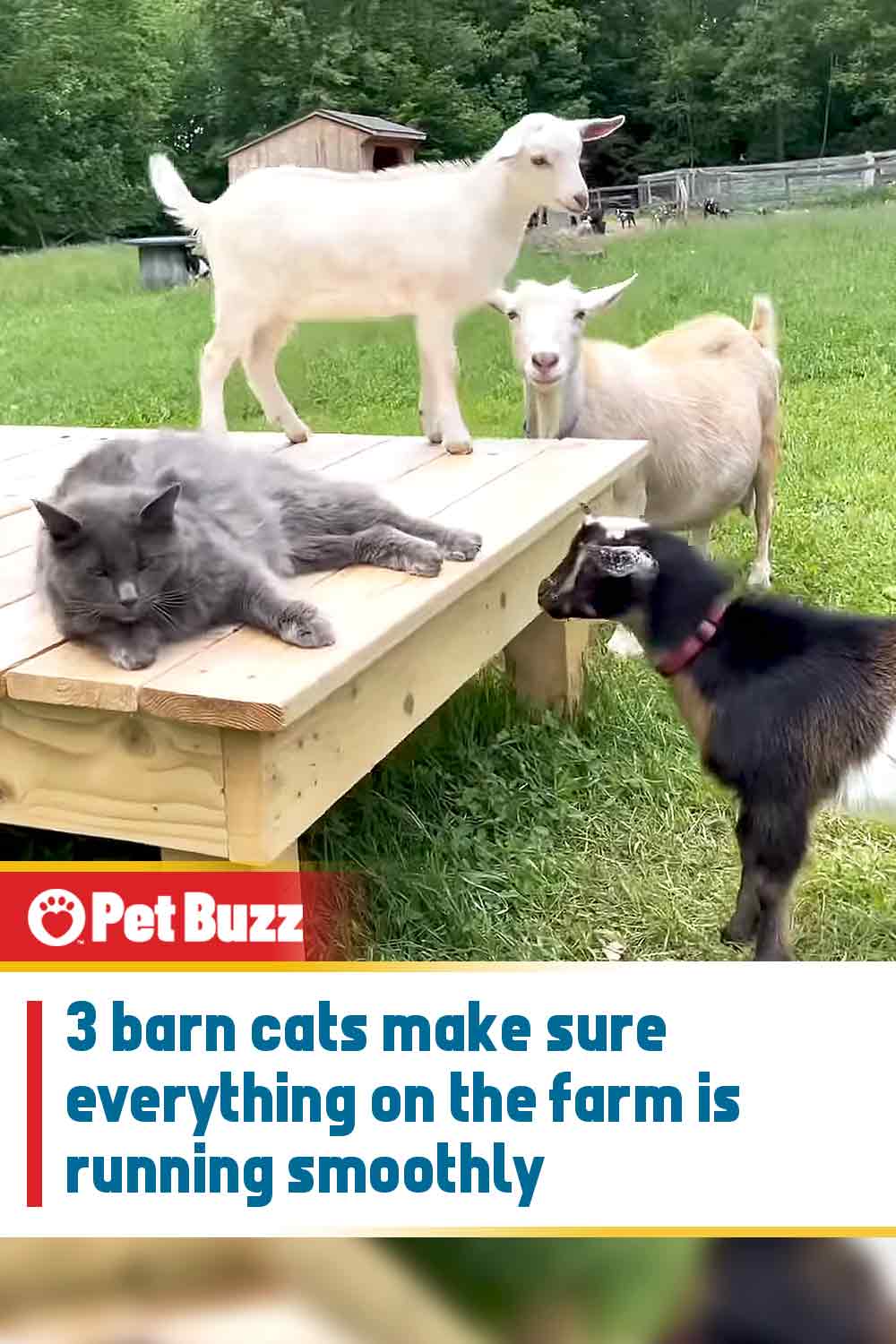