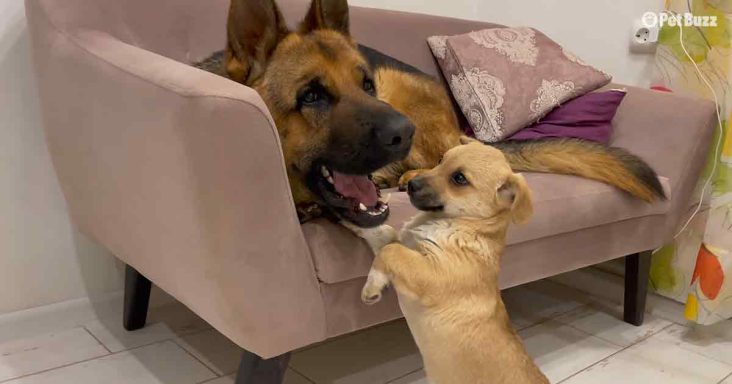 Rocky German Shepherd met a puppy and was overwhelmed with the puppy’s cuteness and energy. They met in a room with a sofa and a Golden Retriever who the puppy didn’t seem interested in. 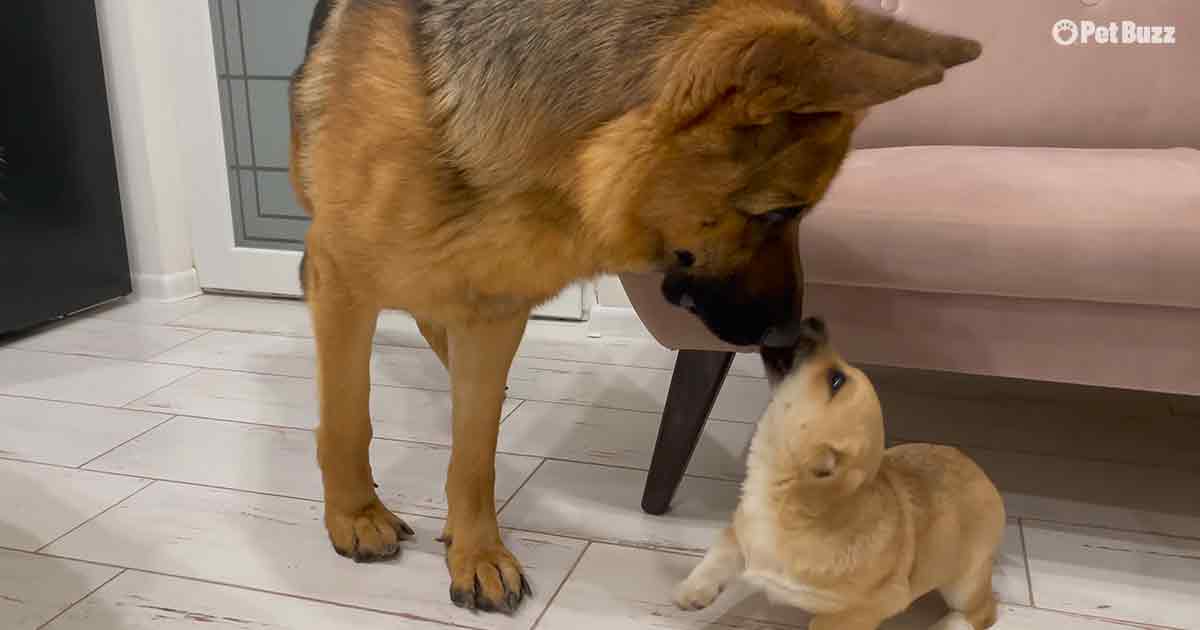 The puppy ran straight to Rocky, and he was a tiny ball of energy and fun. Rocky was massive compared to the pup, and he looked down. He followed him slowly while sniffing him.

Rocky wasn’t too sure what to do, but the puppy knew what he wanted. He kept jumping up on Rocky and tried to get him to play with him. 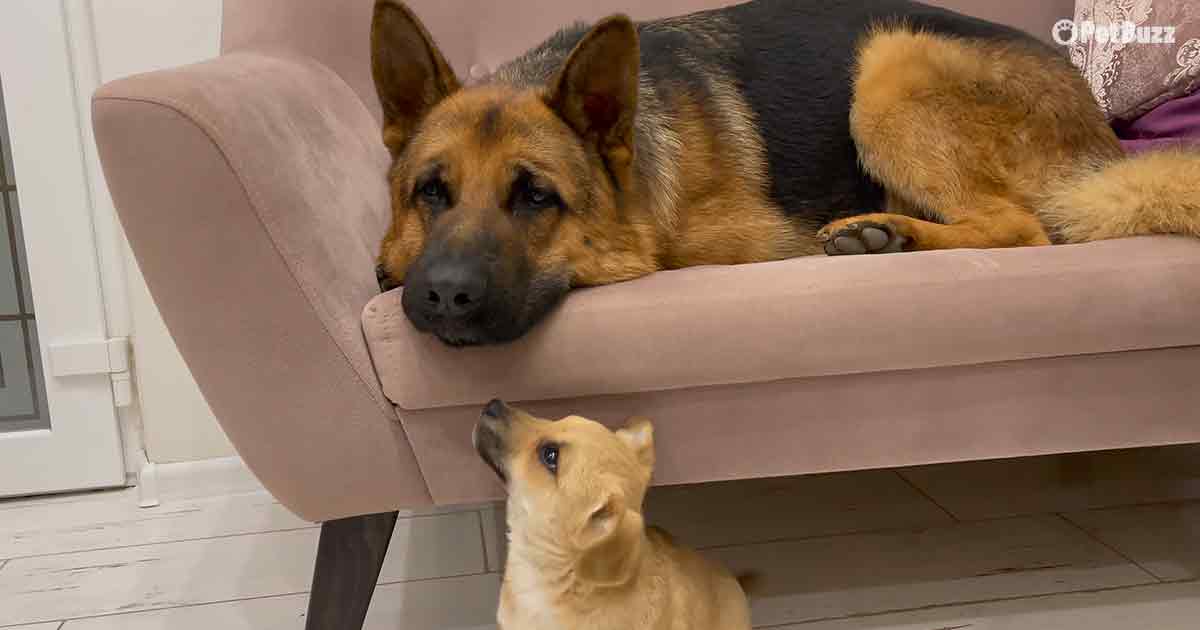 The puppy was incredibly insistent, and Rocky didn’t seem to be in the mood to run around. Rocky climbed onto the couch, and the puppy was too small to follow him.

While Rocky was on the couch, the puppy could still reach him by standing on his hind legs. The puppy was still playing with Rocky by licking and biting Rocky’s face and nose. 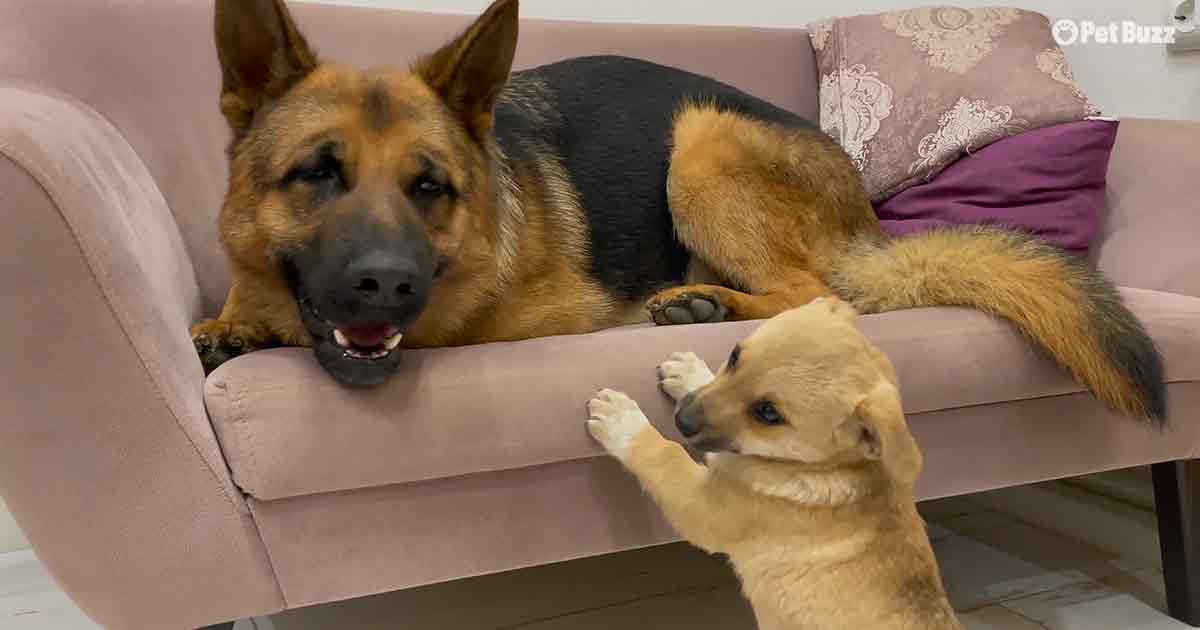 Rocky was slightly irritated, but he was still letting the puppy near him. Even Rocky played by gently biting the puppy. His mouth was so big he could fit the puppy’s head inside.

The frustrated puppy barked and gave himself a running start to try and jump onto the couch. His leap wasn’t high enough, and he fell to the ground. Rocky stared at the adorable pup. 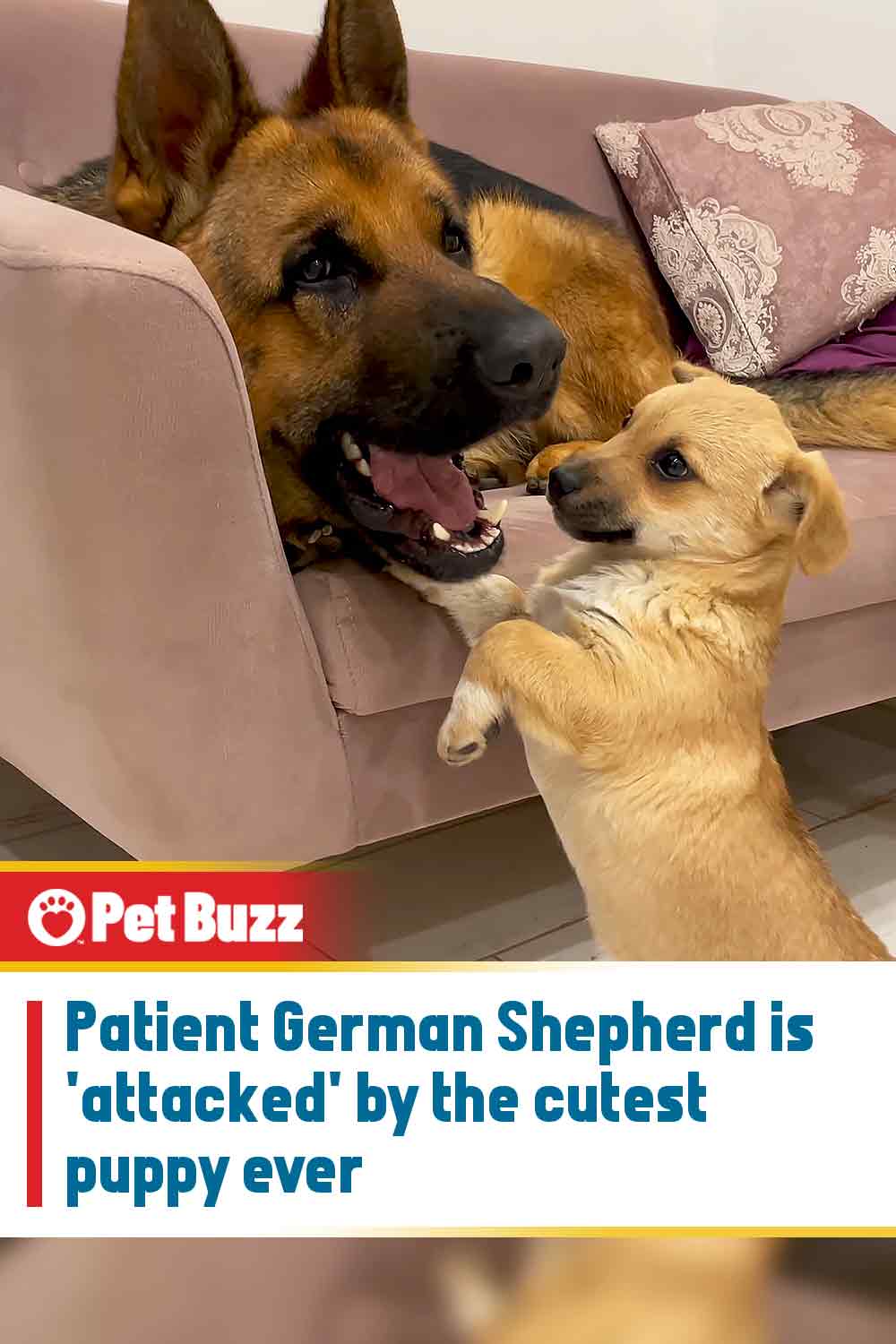