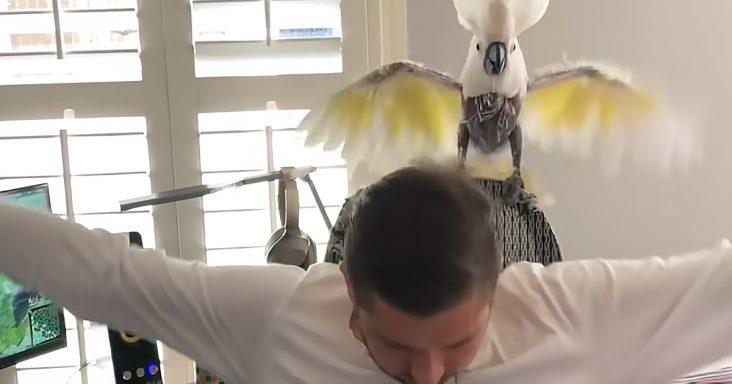 Misha met a sweet 85-year-old last at work whose husband had passed away, and he owned a Cockatoo named Audrey. The bird was depressed and managed to rip out most of her feathers.

The second time Misha met Audrey, she climbed straight into his arms. They had a special connection, and the lady asked Misha if he could give Audrey a new home.

Misha called his wife Kristin, and they decided to bring Audrey into their family. Audrey bonded with Misha right away, while it took a couple of weeks before Kristin earned her trust.

Eventually, Audrey was helping with Kristin’s hair, and Kristin would sing lullabies for her. When Misha had music playing, Audrey would sometimes sing. After a few weeks, she started doing something surprising.

Audrey would mimic Misha’s movements, and Kristin realized that they were dancing together. It was an overwhelming and amazing moment for them. Misha and Audrey would dance and rock out to whatever music was playing.

It has been an incredible journey for them, and there is so much joy. Audrey is getting better and better, and they see new feathers growing every day.

Misha said that Audrey has flourished and bloomed like a flower. She changed their lives, and Misha is happily living in paradise with his wife and their animals. 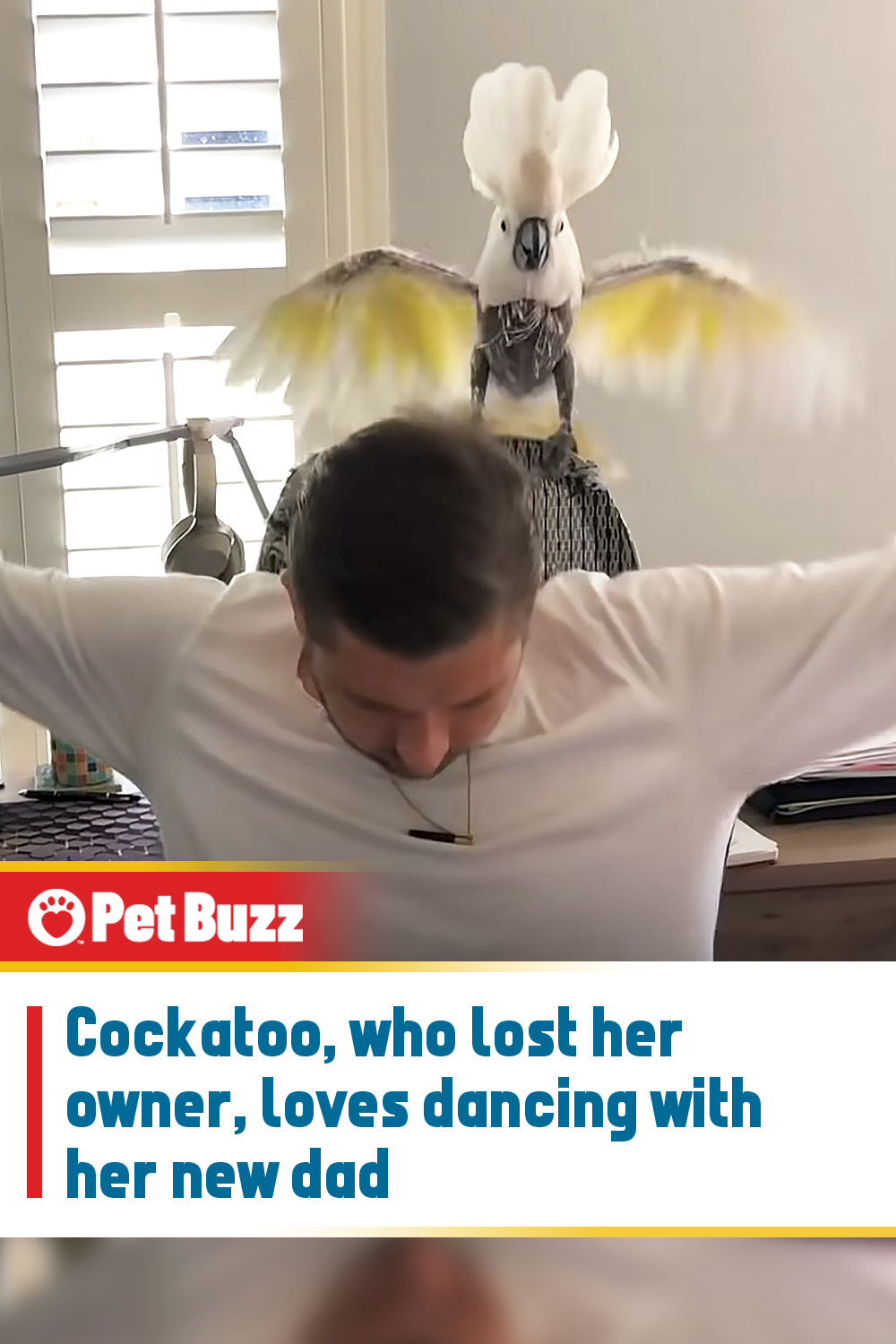