Maria found a baby sparrow on the street and took him to the veterinarian. The bird’s head was injured, and he had a scab on his nose.

The vet called Maria and told her that the bird was not well and could not be released. They were going to euthanize him unless someone were to adopt him.

Maria arrived 45 minutes later and adopted the sparrow. The scab ate away at his top beak and made it tilt upward. He was given the name Happy because it looked like he was always smiling.

Two weeks after Maria took Happy home, her dog died. It was a tough time for her, but feeding Happy every 20 minutes gave her purpose.

The tiny sparrow needed constant care and attention to survive. According to Maria, it was a magical and amazing experience. Happy grew up to be a bird with the personality of a curious puppy.

He snuggles up against Maria when he wants to be pet and will push her on her finger as a dog would push on someone’s hand.

Happy always wants to be around her, and he constantly tries to invite her to the nest he built in their home. Sparrows are much more intelligent than Maria thought and can live up to 21 years in captivity. 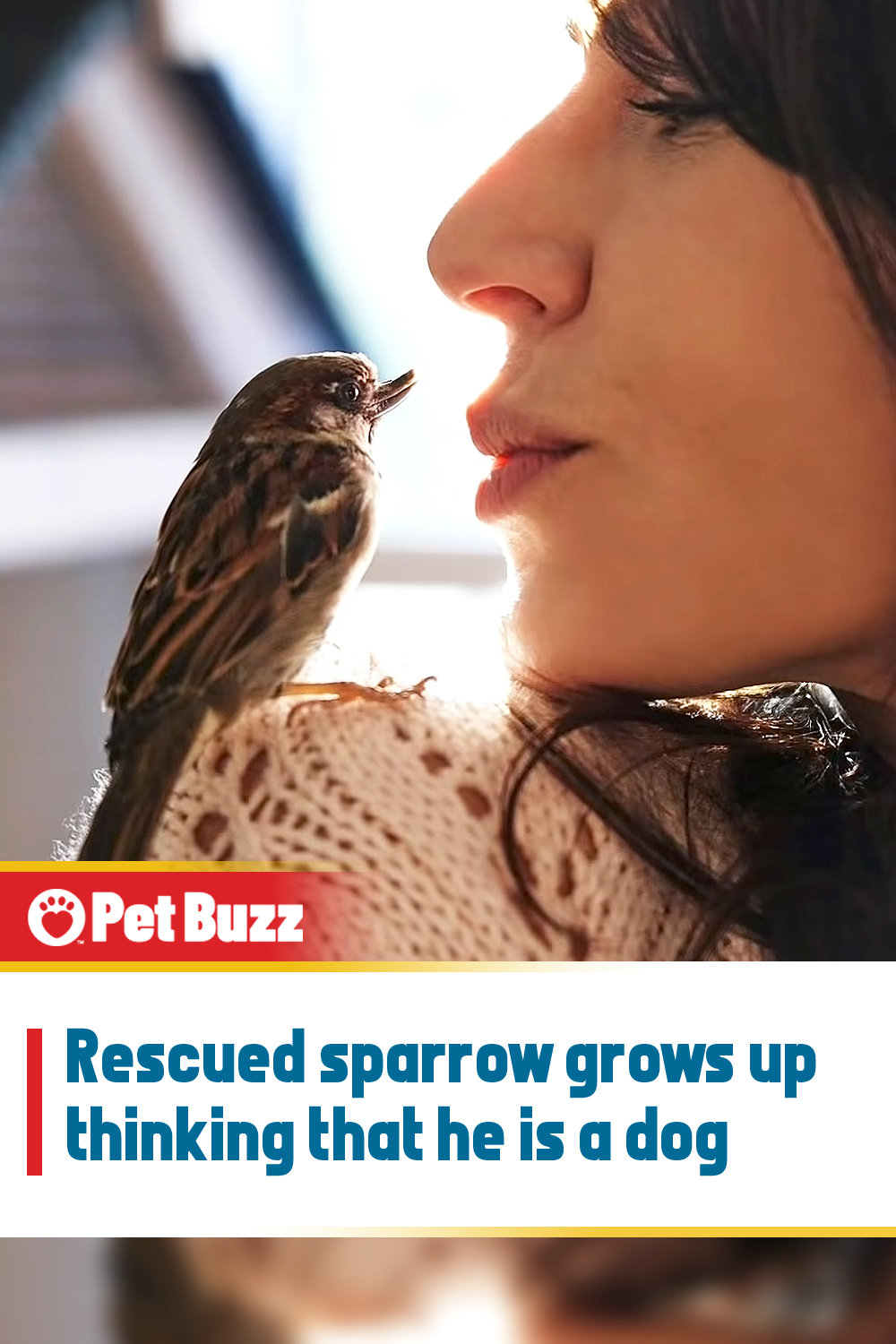