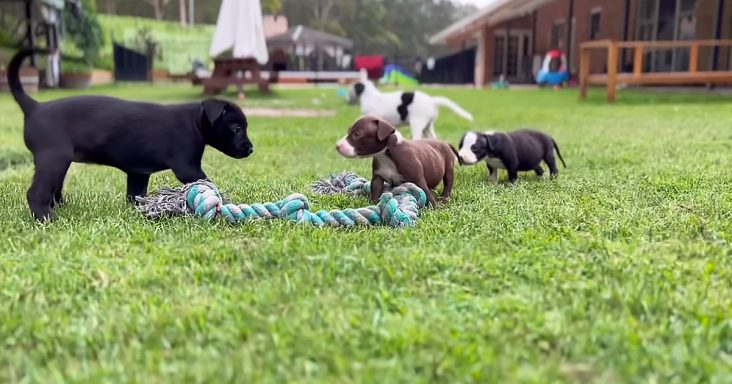 It was an adorable day at Doggy Daycare Farm Trips because Luke brought two groups of puppies together. He filled a small cardboard box with seven tiny Staffy puppies.

The puppies were trying to climb out, and they were excited to see what was happening. Luke carried the box over to their new home, the maternity ward.

Outside the ward, there was lots of grass and several other puppies waiting for them. The puppies were also six weeks old, and they are Cattle dogs who are known to be quite feisty.

When the puppies arrived, the kids were excited, and Luke let everyone play together. All the puppies got along well, but the Cattle pups were definitely more rambunctious.

The puppies gathered around Luke for cuddles, and they were happily wagging their tails. Most if not all of them enjoyed running around the outdoors. Luke discussed some possible names for the young dogs.

It was a storm of cuteness all around. The puppies were walking over each other, and Luke broke up any fights when the Cattle pups tried to bully any Staffy dogs.

Eventually, the puppies are taken inside the ward, where they will stay separated until they grow bigger. A small barricade splits the room with the Cattle pups on one side and the Staffy pups on the other. 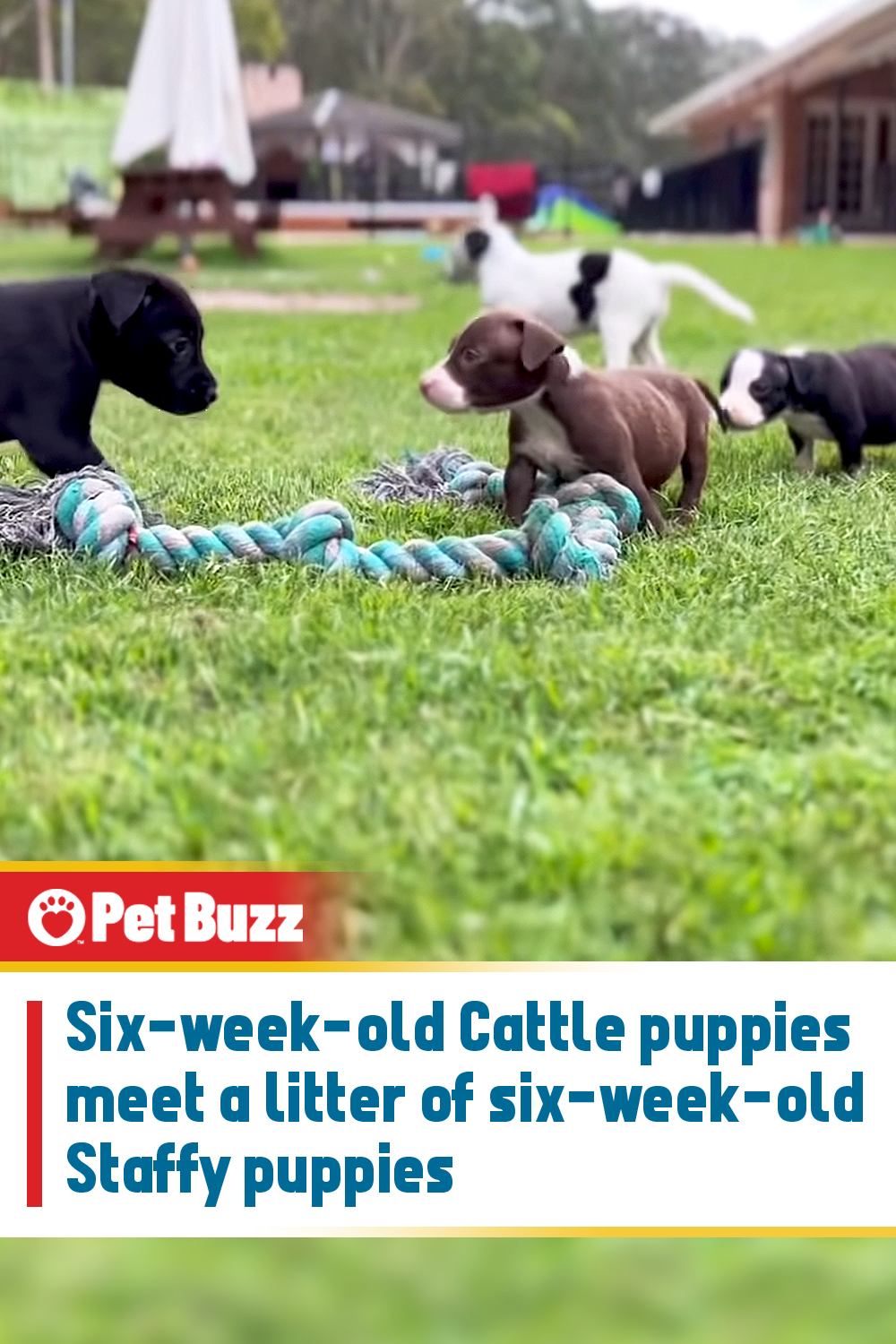