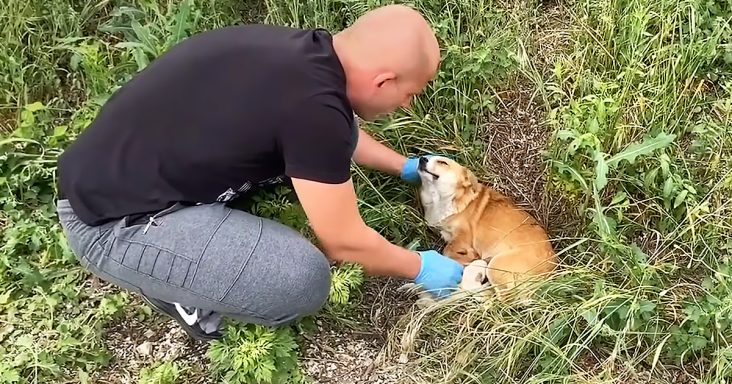 Hiding in the tall grass was a homeless mama dog and her newly born puppies. A team from Dog Rescue Shelter arrived at the scene to rescue the furry family.

One of the rescuers approached the mother slowly, and she was extremely welcoming and friendly. The dog enjoyed being pet, and they gave her food to earn her trust.

The mother had one puppy, and the man found another nearby hidden in the grass. He picked it up, and the mother showed no sign of aggression.

The man kissed the puppy on the head to show he could be trusted. Then he picked up the two puppies and their mother. They were placed in the back of the van, where they could lie down and relax.

Before leaving, they checked back in the grass for more puppies. They found a third one and continued looking just in case. No other puppies were found.

The mama dog and her puppies were joyful and thriving in their new home. Every month the puppies grew bigger and bigger, and their mother couldn’t be happier.

When the puppies were old enough, they were all adopted into their new homes by loving families. They were born in the grass, and three months later, they live in different houses. 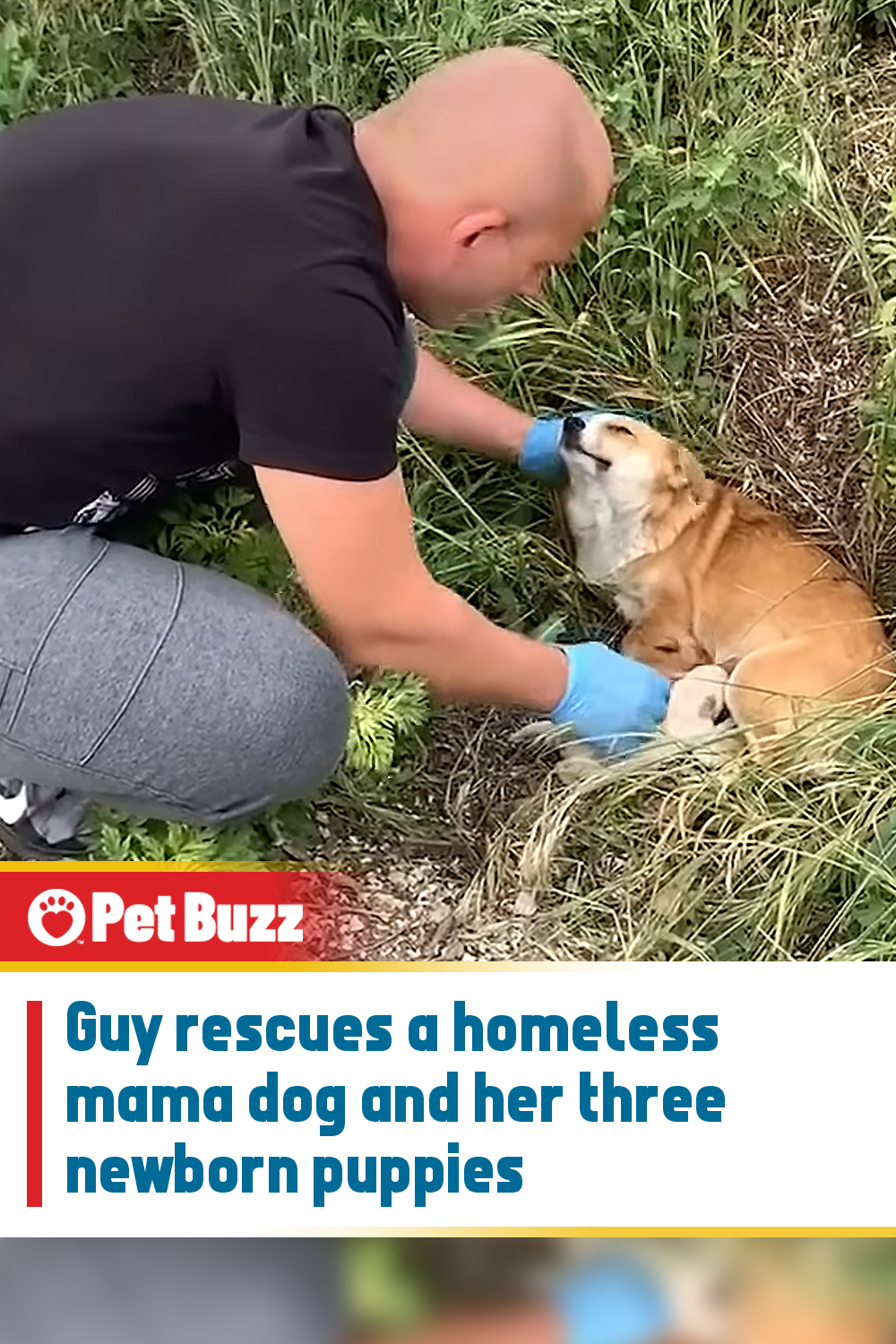