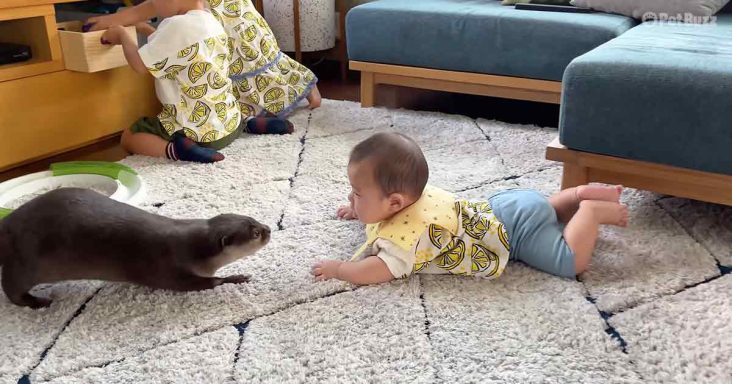 Two otters, Hana and Kotaro, were surprised one morning with guests they had never met before. They heard voices right after they woke up, and at the bottom of the stairs, they saw people coming in.

Their visitors were two children, Kohaku and Iroha, and one baby, Kotoha. Hana and Kotaro were curious about the baby because they had never seen humans that small before.

Kotaro and Hana’s dad wasn’t worried about them biting anyone because they are comfortable around people. The otters were still a bit shy since they had never met children before.

While the otters were sniffing the children, Iroha played with their toys, and Kohaku joined her. The children were also a bit timid at first around the otters.

Kotoha was lying on the carpeted floor and smiled at the otters. She was excited to meet them, and the otters weren’t sure what Kotoha was doing.

Kotaro loves people, but he hid until he felt more confident around the children. Eventually, Hana and Kotaro wanted to play with the kids. All their toys were out in the open.

Kohaku started playing with Kotaro, and even Kotaro was having a hard time keeping up with the energy of the little boy. It was a fun time as the floor was full of stuffed toys. 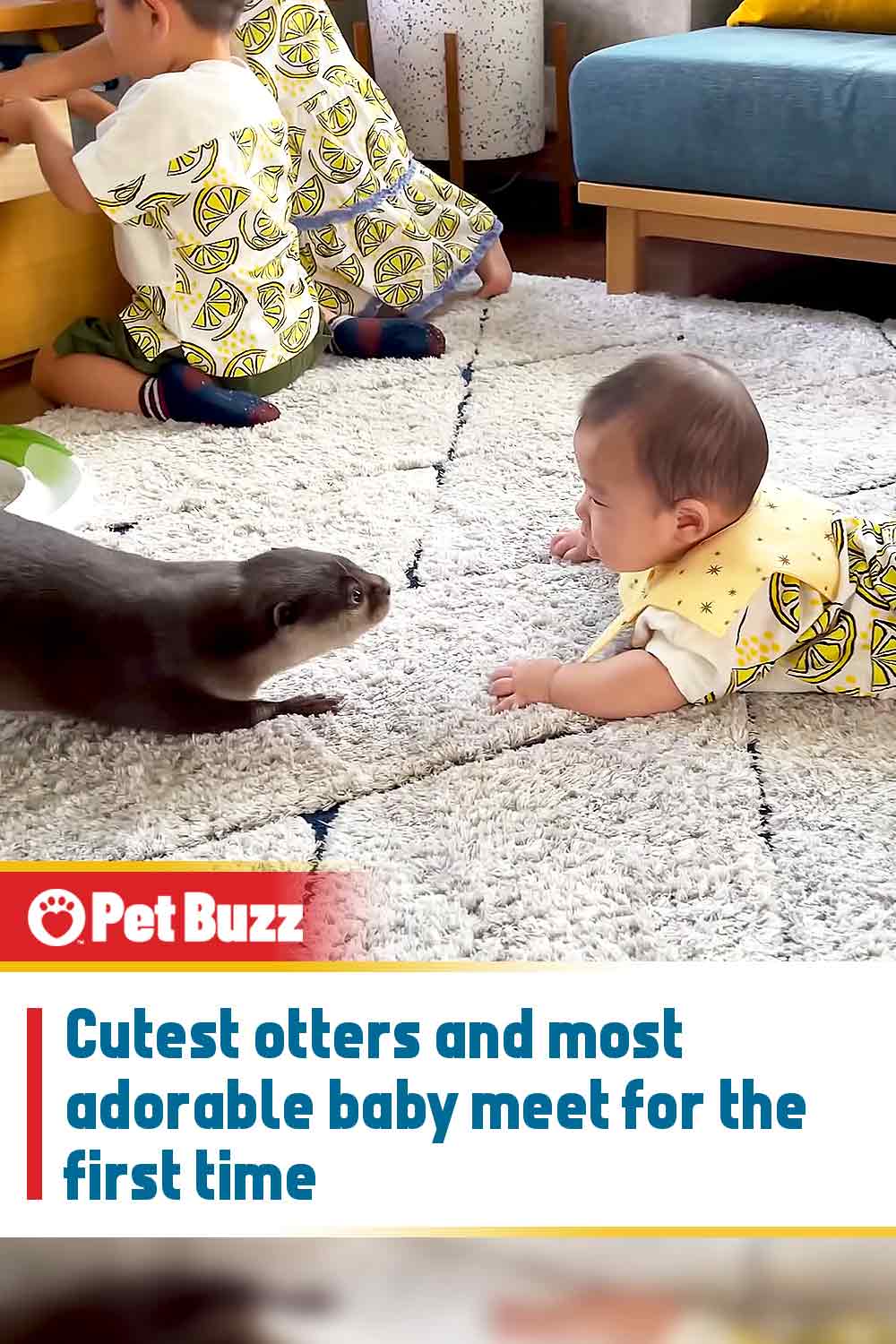