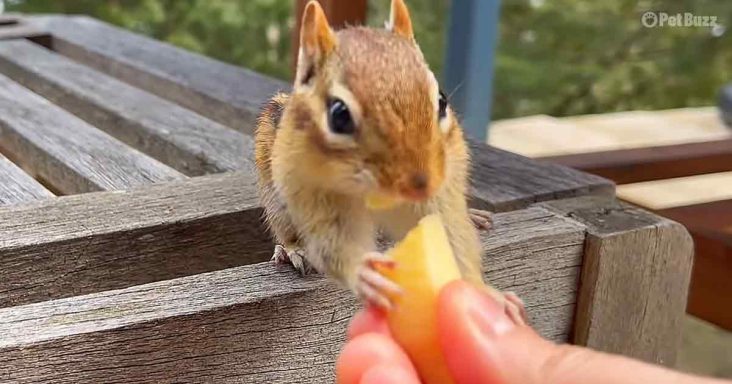 Terry, the chipmunk, loves apples, and ChooChoo lets him eat them as much as he wants. ChooChoo finds Terry outside her house. He is sitting on a wooden bench on the porch.

It is a cloudy and windy day outside with no other squirrels around. ChooChoo shows Terry a tiny slice of apple in her hand, and he quickly climbs down the bench.

He makes her way over to her and climbs on the back of a chair to reach her hand. Terry then takes a small bite of the apple and holds the piece in his mouth for a moment.

After shaking his nose, Terry starts to eat it, holding it firmly in his hands, so it doesn’t fall on the ground. Once he finishes the piece, ChooChoo offers Terry more of the apple.

Terry joyfully bites more portions of the apple. His cheeks are full, and his stomach seems to be getting there as well. The sound of his chewing is almost inaudible because of the wind.

Eventually, when ChooChoo offers him more apples, he doesn’t take another bite. She then fills the palm of her hand with sunflower seeds and delivers them to Terry.

Terry excitedly takes the seeds and fills his cheeks with them. He doesn’t appear to be eating them. Instead, he is stocking up on them to store them back home. With his cheeks full, Terry leaves and goes back into the forest. 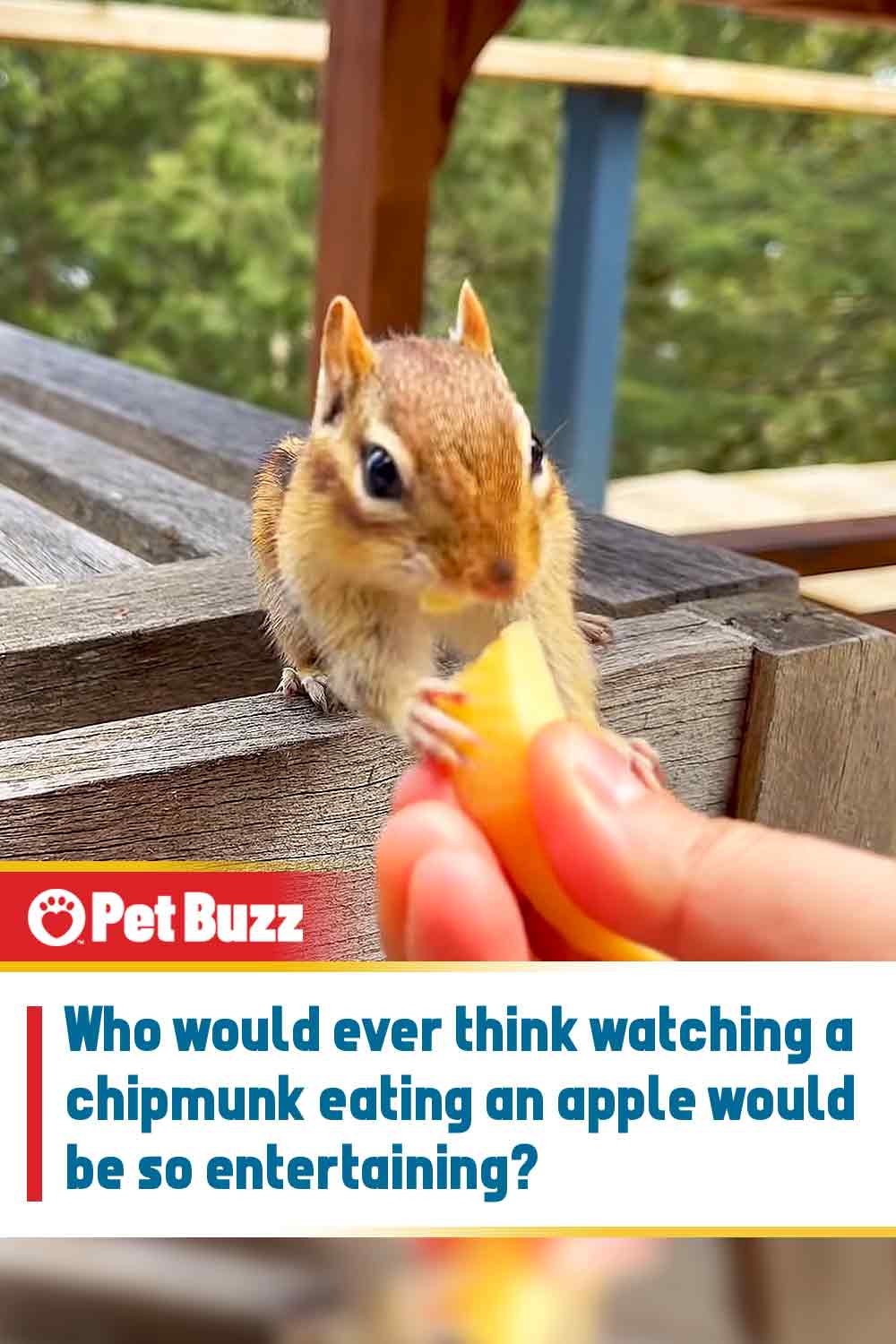