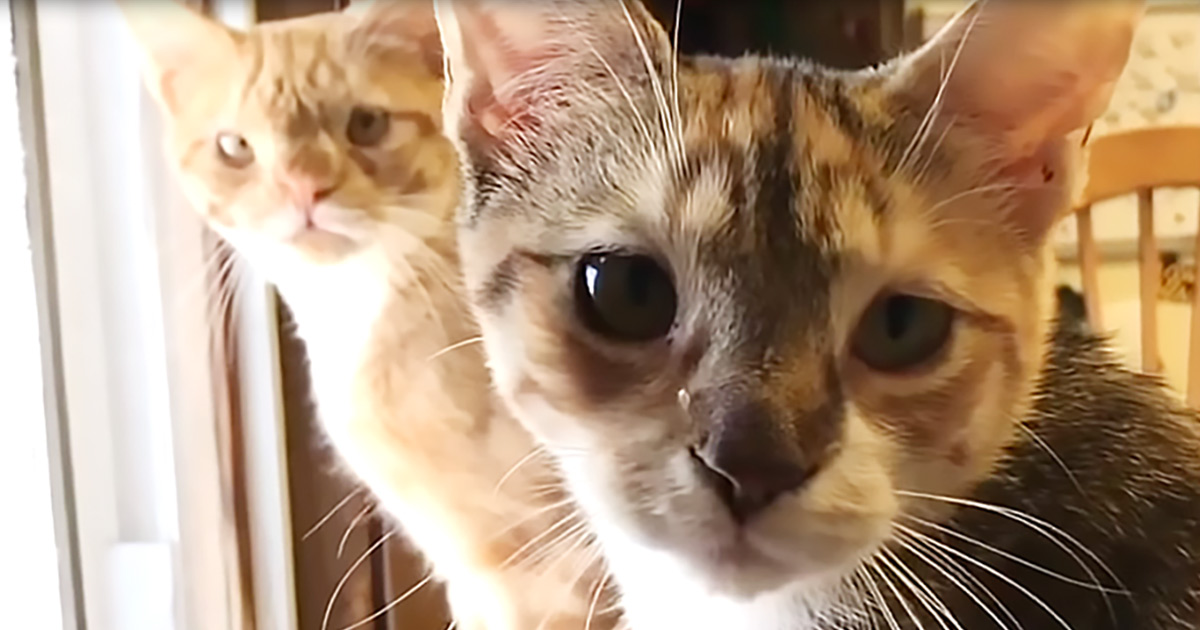 When members of Infinite Hope Animal Rescue responded to a call about two homeless kittens outside on the streets of Brooklyn, New York, they found a timid pair of young felines; the female of the two noticeably protecting her brother. It wasn’t until the little cats were safely trapped that the rescuers noticed the unusual appearance of their faces.

The veterinarian concluded the reason for their slightly misshapen heads was a chromosomal abnormality; the kittens were born with a condition similar to Downs Syndrome in humans. Additionally, the withdrawn ginger boy had entropion, characterized by eyelids that roll inward and potentially scratch the cornea of the eye. He would need surgery to prevent damage to his eyes.

The introverted little male clearly relied heavily on his slightly more confident torbie sister, and she fulfilled the role of protector like a champ, stepping up to comfort him and shield him from any harm. Following his eyelid surgery, the two kittens moved to a foster home to acclimate to living in a home.

Shortly afterward, Michelle Parson spotted the pair of siblings on Petfinder. Although still grieving the recent loss of her beloved cat and not looking yet for another, she could not stop thinking about the sibling duo. A few weeks later she looked at Petfinder again, and much to her surprise, they were still available. The siblings she couldn’t forget, now named Auggie and Calliope, have both grown into confident young adults in Michelle’s home. All it took was a loving home and their devotion to each other to make all the difference. 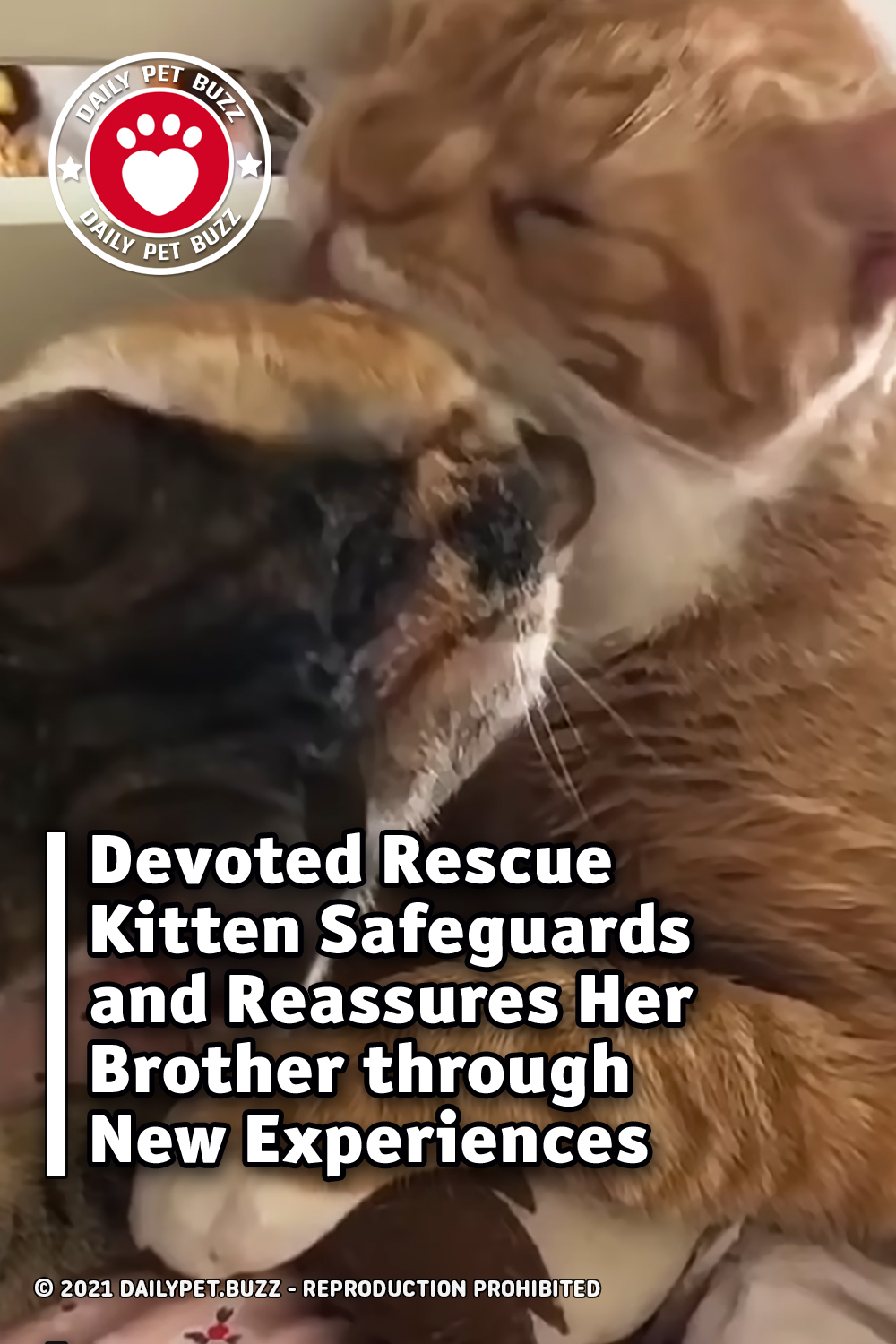