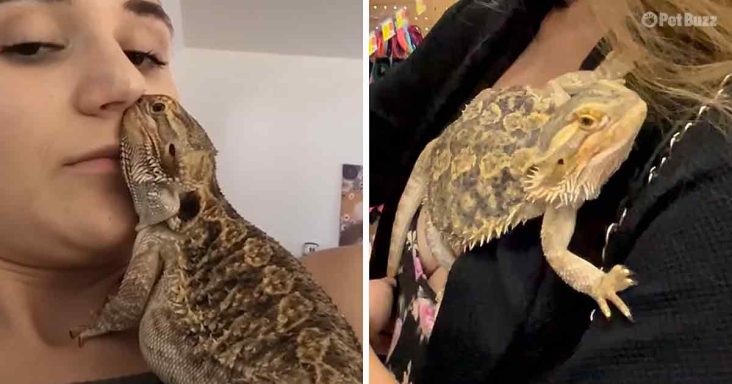 Mina had adopted a bearded dragon lizard named Mochi. She taught him the same commands as anyone would teach a dog. The animal was so intelligent that he thoroughly listened and trusted her. 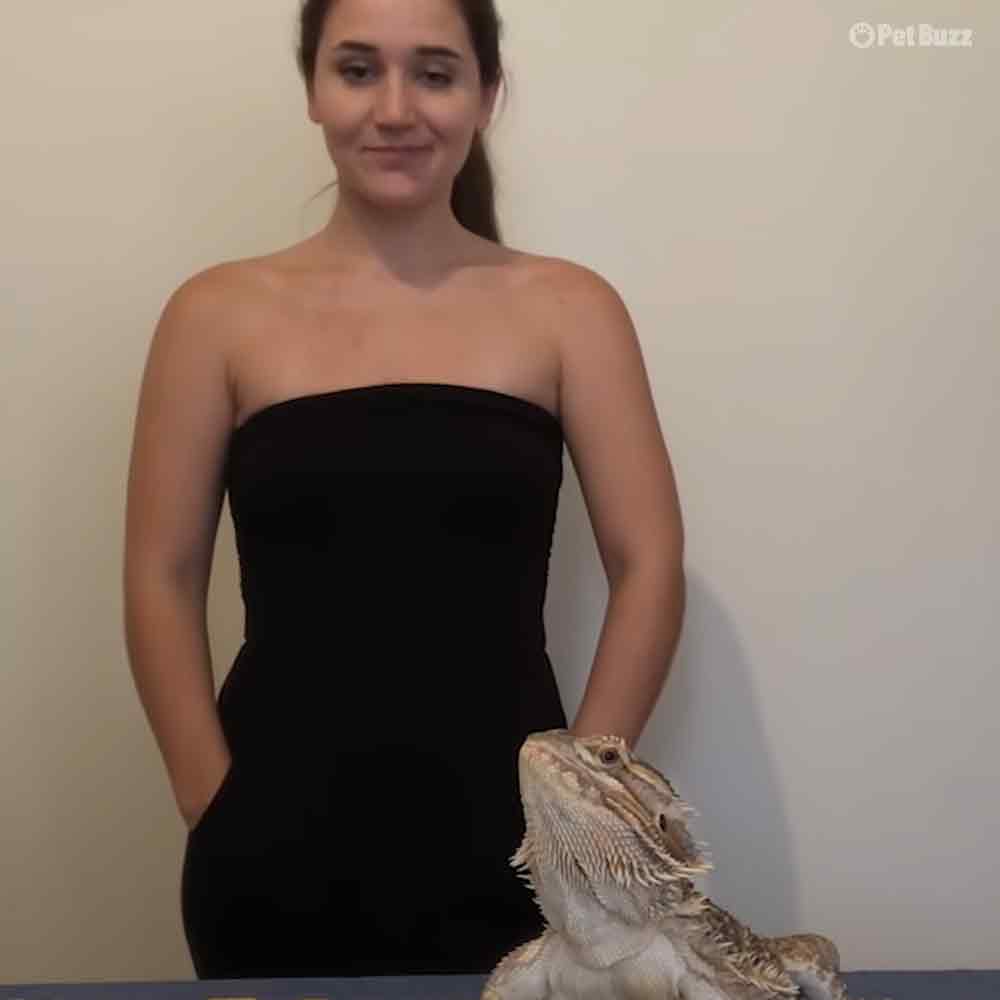 Mochi didn’t regard personal space and would crawl on his owner’s face. He always loved to be close to her. Mochi would stick his snout in her nose and behave as if he was innocent.

He was so attached to Mina that she even brought Mochi along when shopping at Walmart. People loved to meet the little lizard. However, Mochi was very skittish around humans as he had no experience being handled. 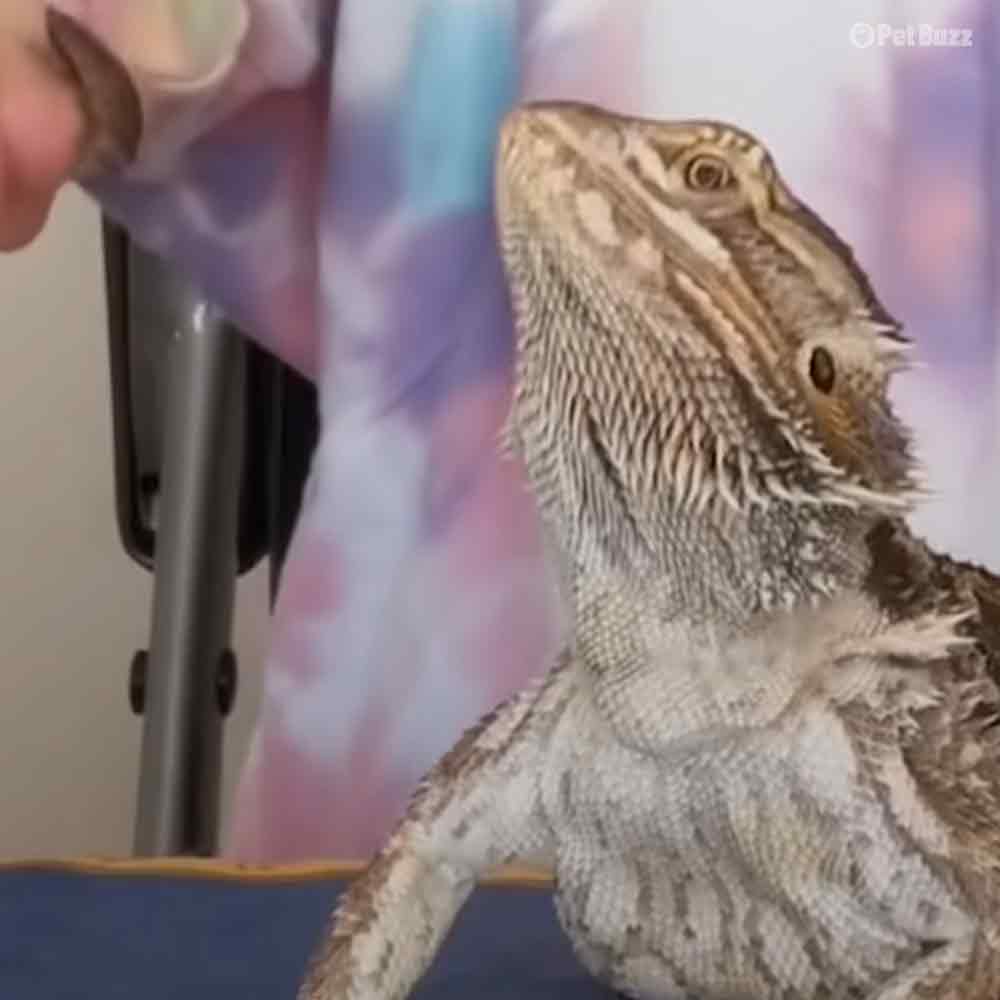 Mina started to hand-feed him whenever it was feeding time. Thus, he became used to her and comfortable around her. Then, she would tap on the ground, whistle, and call his name. This was enough to make him come running toward her.

Mina believed that Mochi was a spoiled child as he would sleep next to her in the bed. When she woke up, she would find him sitting on her face. When he went for a walk downtown, he would walk 15 steps and get tired. 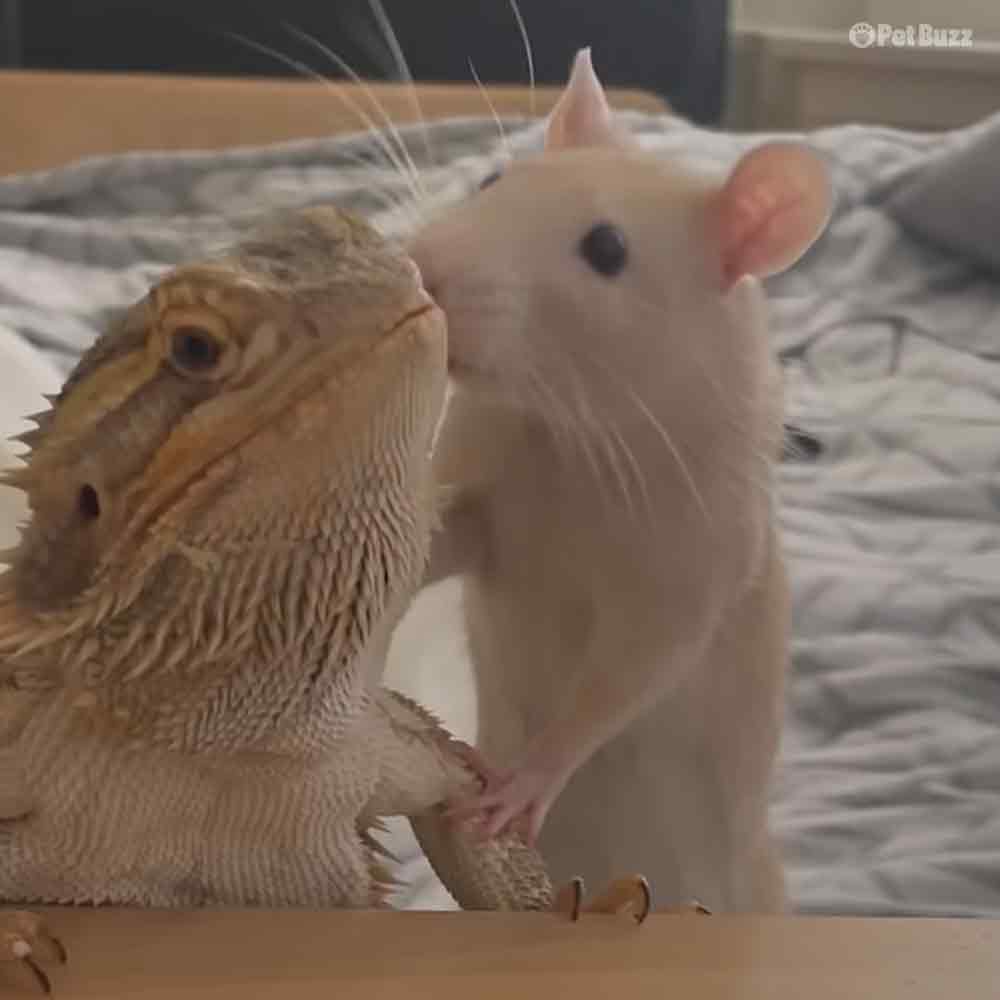 The lizard mom and her pet spent a lot of quality time together and had a great bond. However, when Mina adopted a rat named Mademoiselle, Mochi got jealous. He was skeptical about the other pet and was like, how long would this creature be staying here.

Soon, Mina learned that rats did better in pairs, and hence she adopted another rat named Millie. Mochi had now adjusted to the energetic rats. The rats sometimes even walked over him and sniffed him on his face. However, he would stay calm and let them do whatever they wanted, as he considered them his family. However, sometimes his sassy grandpa personality used to come out. The three of them were like Mina’s own children. 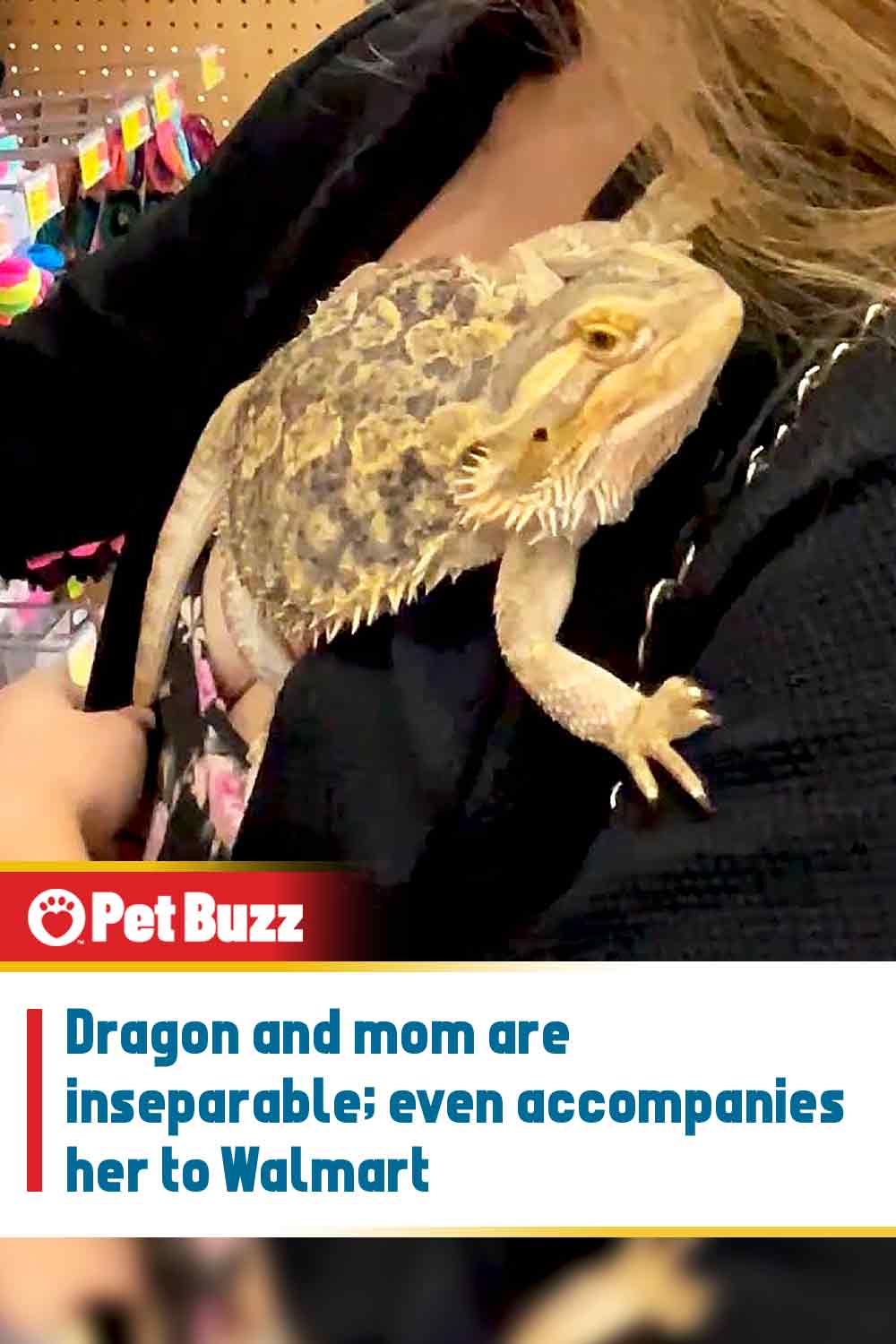