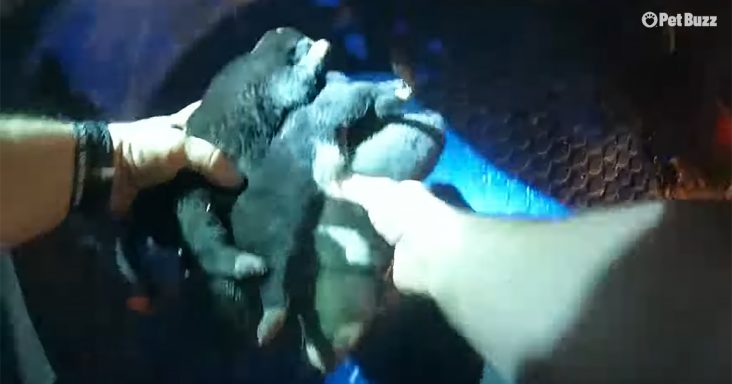 Flame and howls filled the air as first responders saved a Husky and her seven puppies from a house on fire. Rescuers arrived at the scene and followed the sound of squeals.

The officers were able to ascertain that the dogs were in the garage, but they couldn’t get it open. One cop was able to use a shovel to pry open the garage door.

Thick smoke dispersed as the door went up, and the mama Husky, Mona, came running out. Her seven puppies were still inside, and the rescuers didn’t know how many there were or where they were hiding.

They found one puppy underneath a tire and quickly brought him to safety. Six were left, and they continued to follow the sound of the cries. Time was of the essence because they were running out of oxygen.

A cop took a massive food bowl that the dogs used, and he piled the six puppies inside after he found them all. They were small enough to fit together.

All six puppies were carried to safety then the officers massaged them to stimulate their breathing. One of the puppies was still gasping for air, but thankfully they had a special mask for pets to help them breathe.

After the ordeal, the doctor that cared for the puppies said they were all in good health and being fed by their mother. Mona and her puppies were happy and safe. 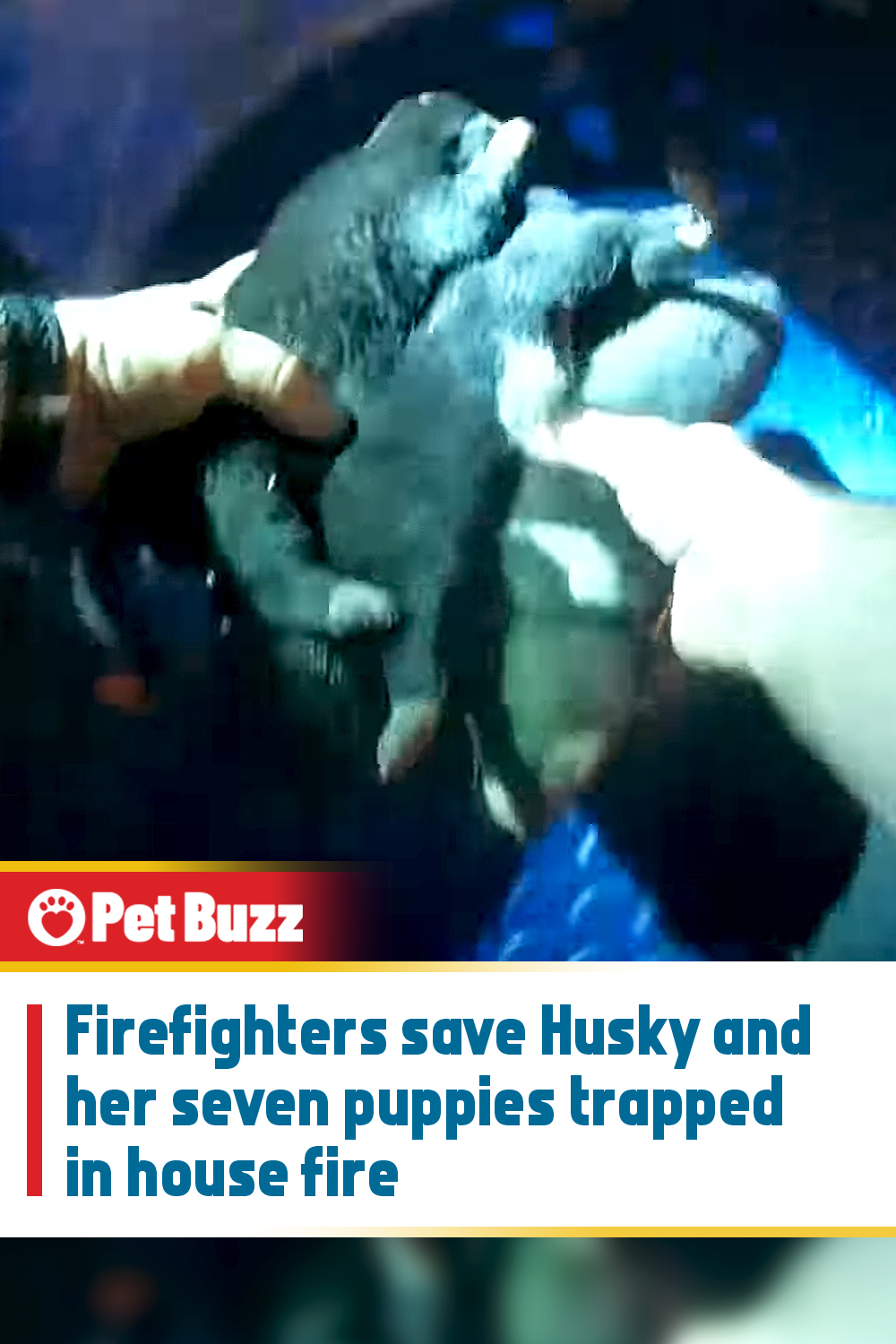