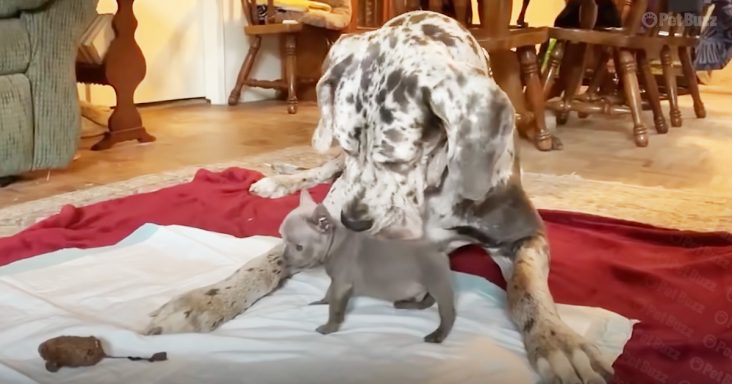 Big dogs having a best friend that is a small dog is always a great sight. When a rescue puppy came into the house of a 125-pound Great Dane, they quickly took a liking to each other.

The puppy was a Frenchie named Levi, small and fragile. At first, they thought he was very sick because he slept all the time. But after giving him food and love, he became lively and playful.

Shelby had to put up with Levi constantly biting at her face, but she wasn’t rough with him at all. She knew her own strength, and would gently push him to the ground to get him to stop.

In time Levi was big and healthy enough to be adopted by a new family, since his stay with Shelby was never permanent. It wasn’t a sad day though when he went to his new family.

Levi’s new family had two Pitbulls who didn’t seem too impressed with his size. They didn’t pay attention to him, but he was determined to get them to like him.

After running around and showing the Pitbulls that he was a Great Dane in a Frenchie’s body, his new family finally saw his lively personality. He was playful, tough, and mischievous.

Shelby and Levi did see each other again after six months. The time apart didn’t change anything. They recognized each other immediately. Foster mom and foster son together again. 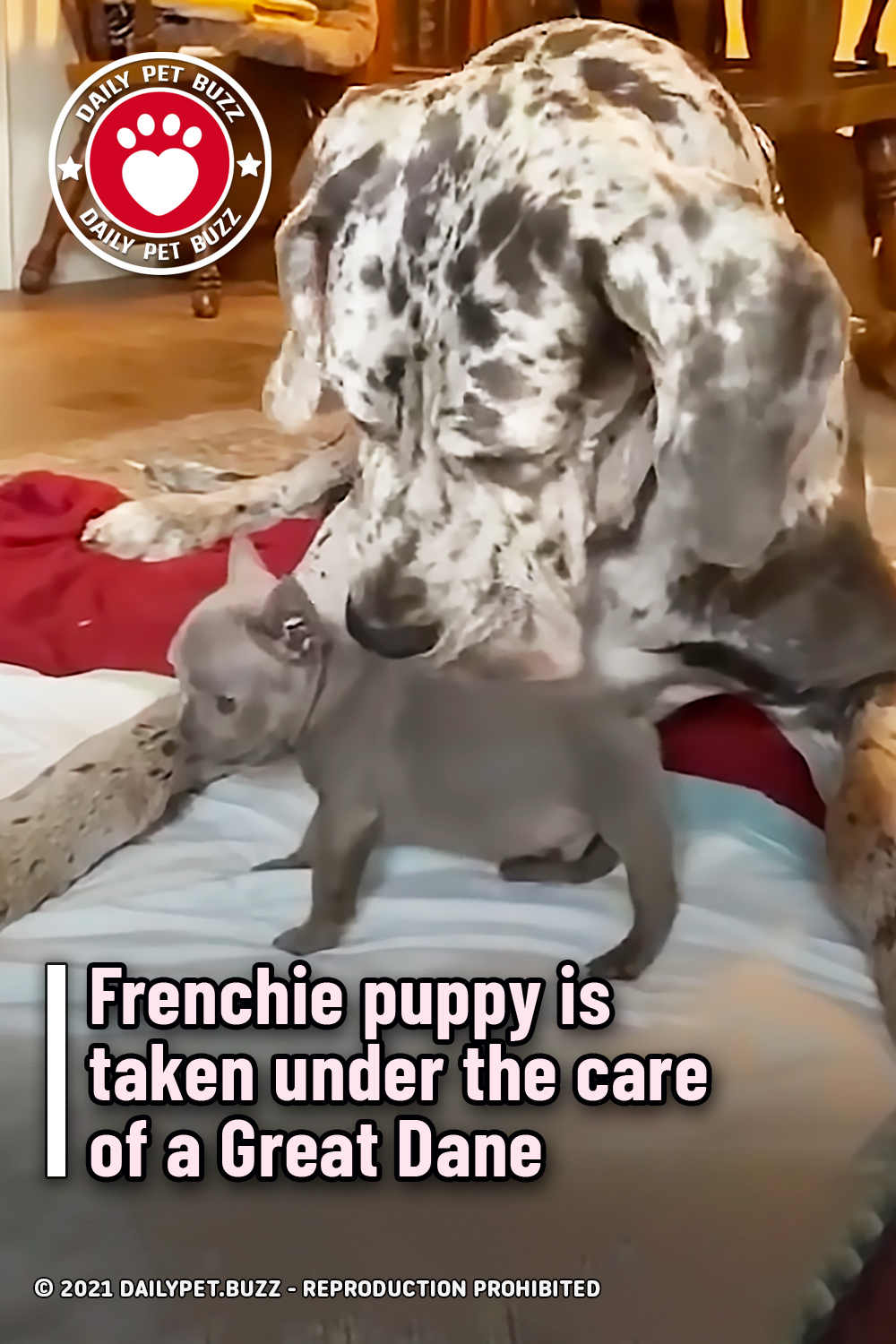