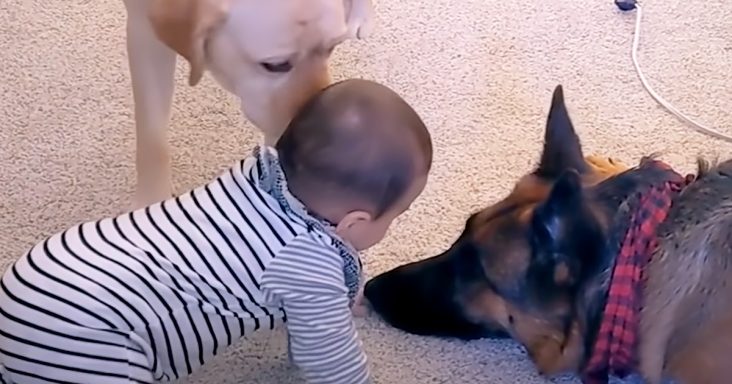 Jen loves her dogs, Kona, the German Shepherd, and Nala, the labrador, because they are an inseparable duo. When Jen got pregnant, she was excited and nervous about how her pets would react.

It wasn’t love at first sight when Nala and Kona were puppies, but within a day, they became friends. They would run around the house and cuddle together when they were tired. Eventually, the two were just like littermates.

Kona and Nala had separate crates, but they chose to sleep together in the smaller one. Jen said it was the coolest thing to see because she hoped they would have a special bond.

There is a triangle planter in the corner of their yard that the dogs turned into a racetrack. One day they started to run circles around it, and they still do it so often it had created a dirt path.

When the baby arrived, the dogs instinctually knew that he was part of the family. Kona and Nala went up to him and were sweet and gentle.

Usually, Kona would be playful, but she became calmer, and they even called her grandma Kona because she was always lying around near the baby. Nala is the more patient sister who lets the baby do anything to her.

Jen is excited to have her baby grow up with the best companions she can ask for. Nala, Kona, and the baby are now an inseparable trio. 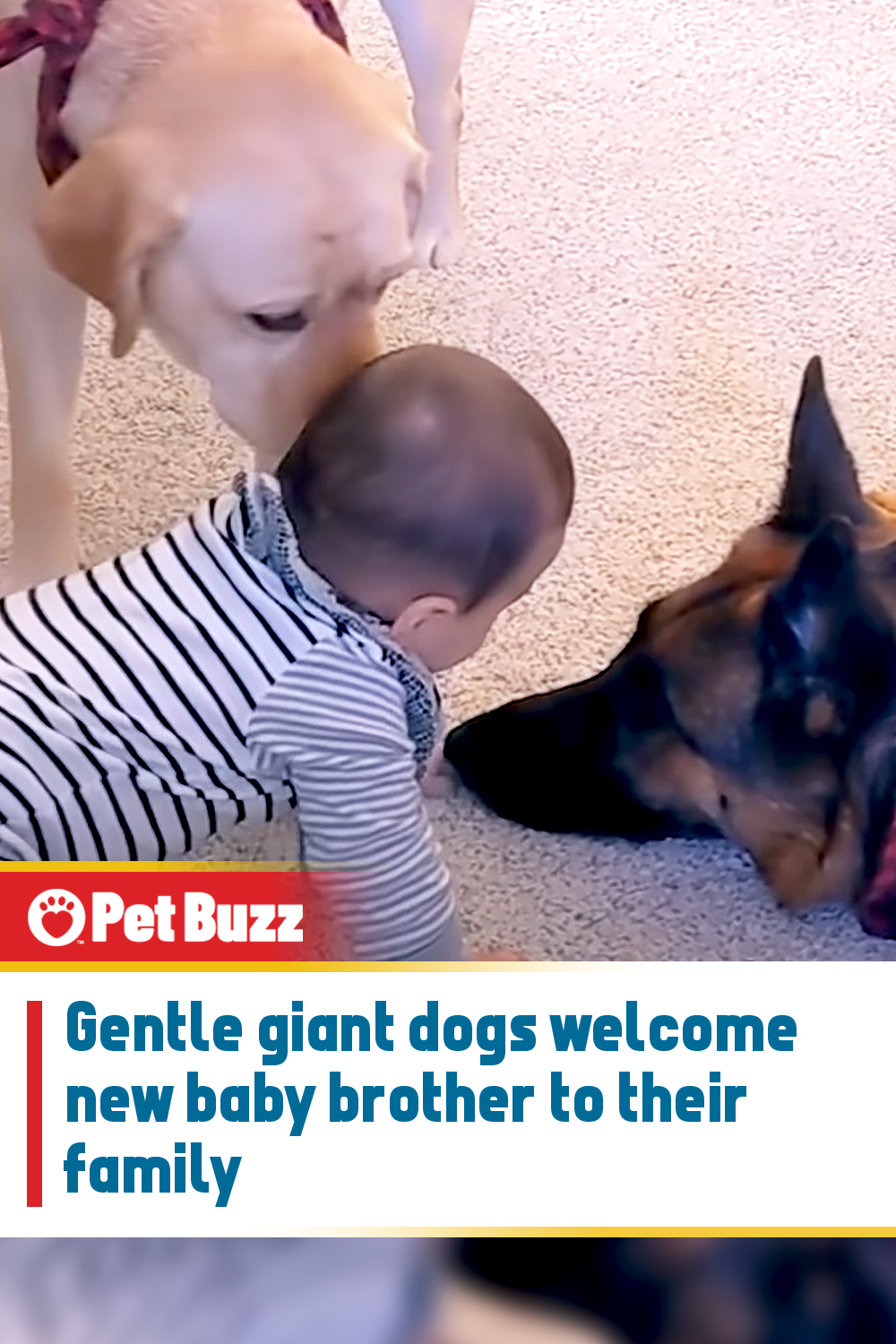