Tia and Louise from Villalobos Rescue Center got a call about a dog scaring everyone in the neighborhood. They were surprised by what they found.

They arrived where the “fearsome” dog was supposed to be and looked under the cars. A dog showed himself, and Tia saw a little frightened Chihuahua.

Tia knew that using a blanket or cloth was an excellent way to catch small dogs because they get disoriented. Smaller canines are more skittish, so catching this one might be a challenge.

Over the years, Tia has rescued many dogs, both tiny and massive. After catching the Chihuahua, they saw he had a leash and tags.

The dog’s name was Pizza, and he was a healthy-looking dog that somehow got away from his owner. Tia called the number on the tag and Pizza’s owner, Keenan, answered right away.

Keenan told Tia that he was visiting the area when he was accosted by seven people. Pizza ran away during the incident, and he didn’t come back when Keenan called for him.

Tia learned that Keenan had to go to the hospital for his injuries, and he was staying at a motel. They drove to Keenan to reunite him with Pizza, and it was a tearful reunion. 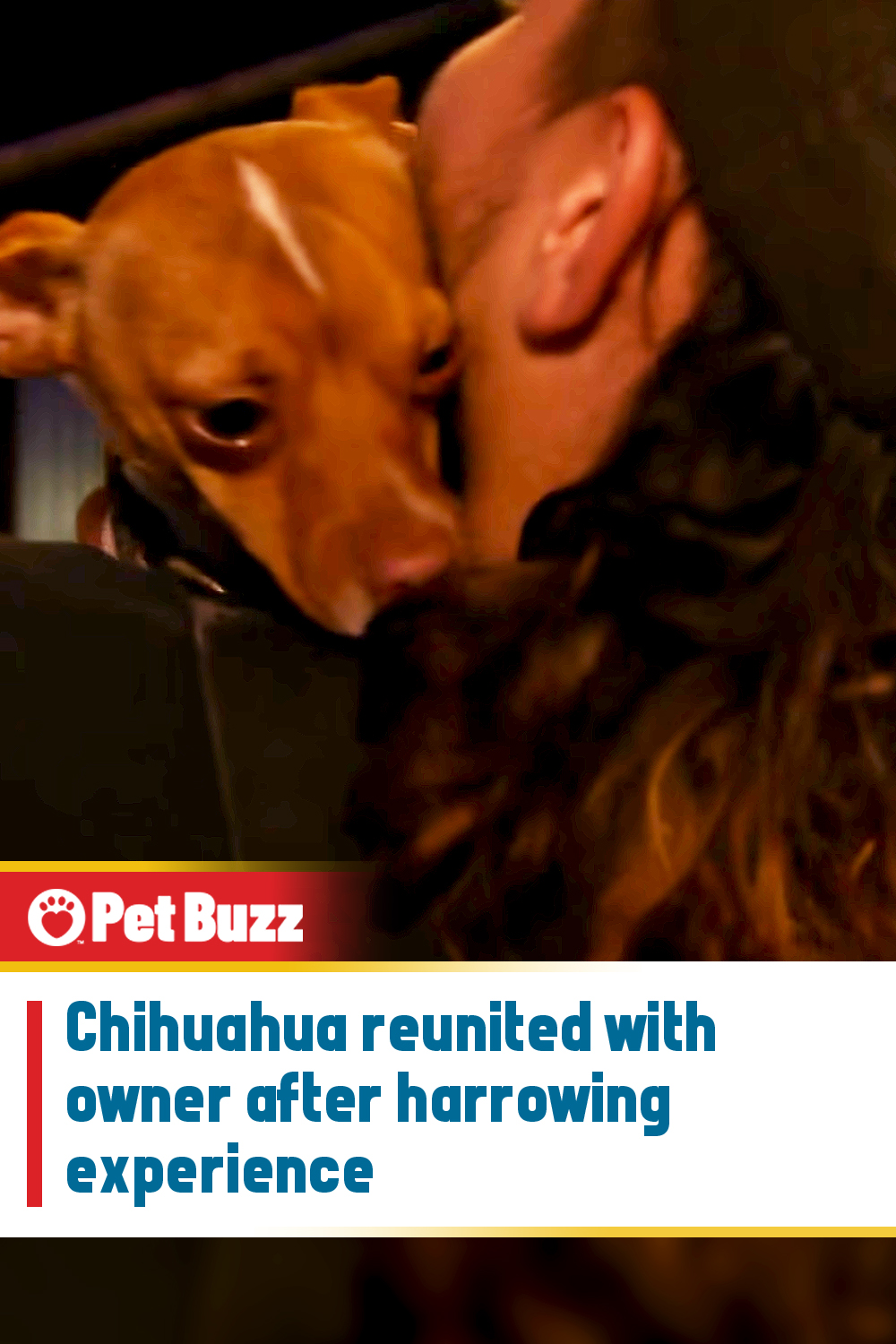