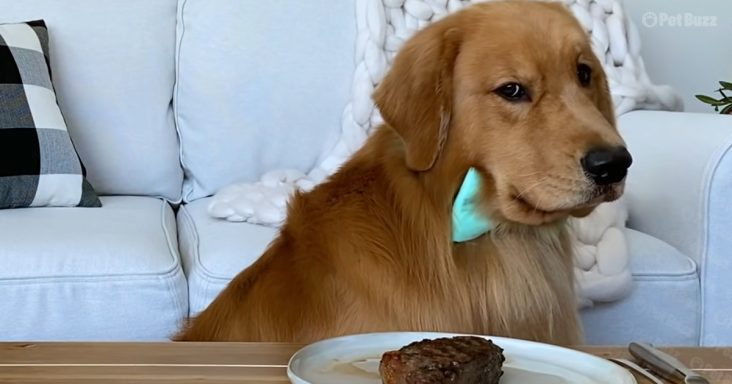 Tucker Budzyn, the Golden Retriever, is back with another video showing what a good boy he is. In this video, his human Courtney leaves him alone with a juicy steak for a few minutes with strict instructions not to eat it.

But Tucker proved to be a good boy and resisted the urge to gobble up the delicious steak. We see clips of him trying various strategies to help him not succumb to temptation, and they are hilarious!

He avoids looking at the steak for a long time. He paces up and down to shake off his frustration. He almost takes a bite of the yummy steak when he “realizes” that he’s being filmed.

What more could a golden retriever or dog want than a hot, juicy steak? Not even Tucker will be able to resist or so we think. He loves it more than anything else. It will be astonishing to see what he would do if left with just a delicious freshly baked steak.

The owner of the doggo, Courtney Budzyn, manages a Tucker account and is technically responsible for the viral video. This particular clip features Tucker and his beloved owner Courtney.

So in those three minutes and twenty-six seconds, Courtney leaves Tucker alone with the steak after removing it from the heat. Wow, what a temptation it must have been for poor Tucker.

At the end, when Courtney returns to the scene, she praises Tucker for being strong, and proceeds to feed him most of the steak. And Tucker deserves every bite because he is the goodest boi we know! 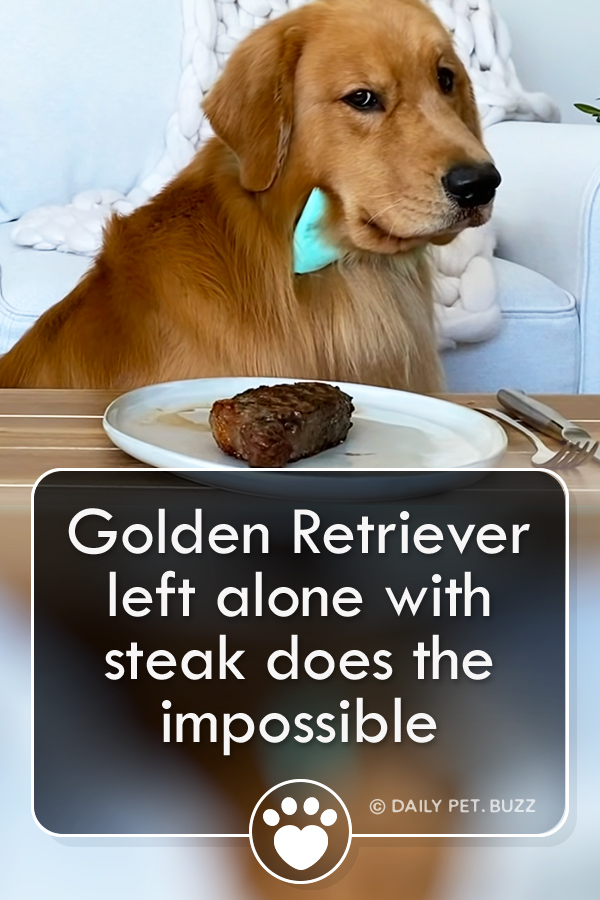