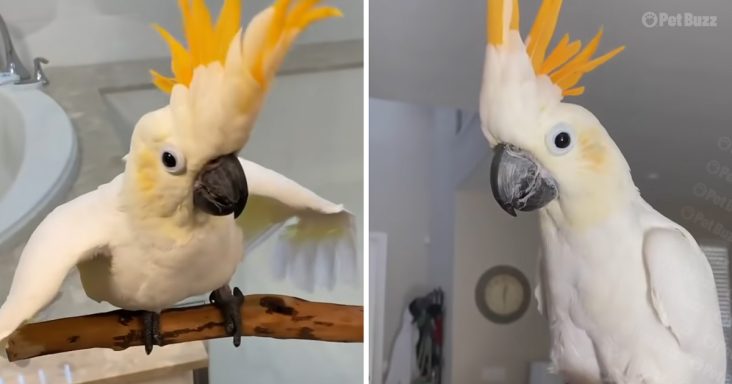 A middle-aged cockatoo named Doobie has the most adorable relationship with his humans. Having been adopted by his previous family as soon as he hatched, he never learned to fly, and his new mom is trying to help him learn.

Cockatoos are popular pets but are not the easiest birds to look after. While they have beautiful plumage, they need a lot of attention and can be pretty noisy.

The cockatoo that we see in this video is a parrot species; it is part of the 21 species of the Cacatuidae family. Although meeting their needs can be difficult, these birds are one of the most sought-after pets in poultry farming.

Doobie’s previous owners were unable to carry Doobie with them after 28 long years. So they decided Doobie deserved better and gave him out to an animal rescue facility to help Doobie find new owners. Owners that would treat and take good care of him, and they did.

In the video, we see how the cute middle-aged cockatoo is always mimicking whatever her new owner does, from brushing her teeth to even mimicking her when she washes her hair. The surprising part is that the cockatoo does this so well.

According to his owner, Doobie is a flightless cockatoo and has been unable to fly for over 28 years. According to Doobie’s vet, the best-guessed reason for this was that Doobie probably wasn’t taught how to fly throughout its 28 years.

This adorable cockatoo loves his shower time, as he always seems so excited whenever his owner wants to get him to shower. Doobie is such a fantastic parrot, as he is full of fun and also very funny and dramatic. The incredible video comes to an end as Doobie faces the camera and says, “Bye-Bye, Everybody.” 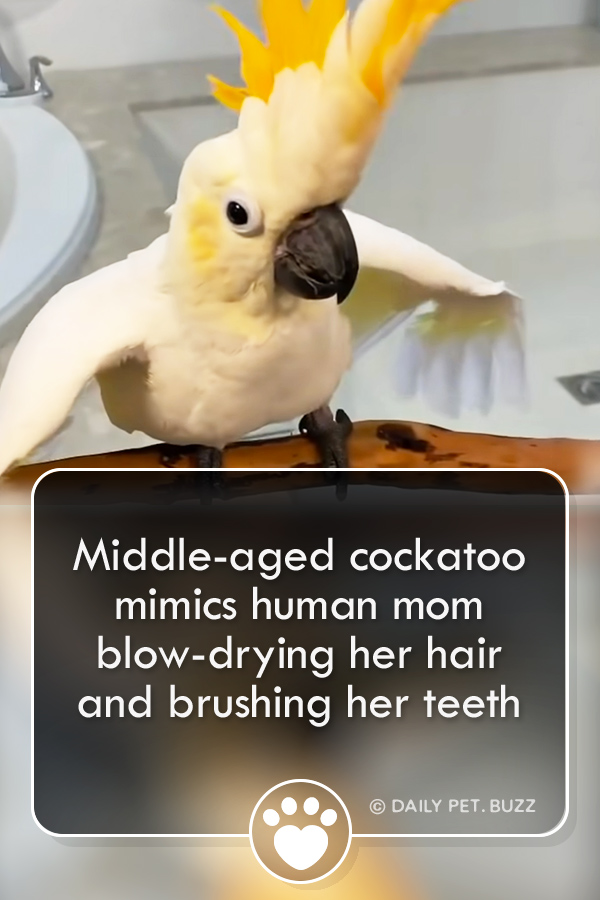