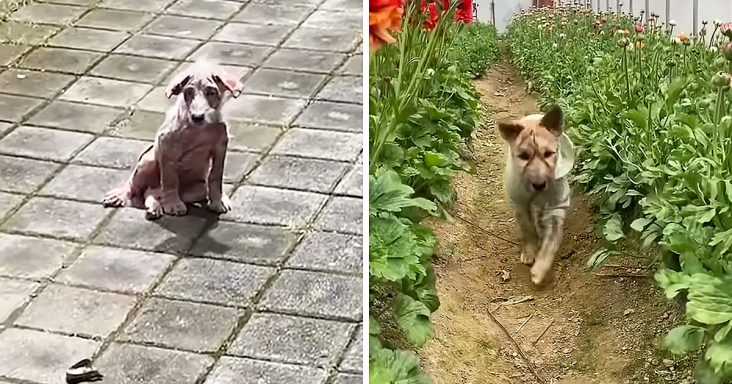 Desy of Bali Paws rescued Lenny when he was a naked puppy on the street. Nowadays, Lenny is barely recognizable compared to when Desy first saw him.

Lenny had no fur, and Desy found him while driving around. He came to her straight away and accepted the food she was giving him. Desy picked him up when he got closer.

She saw that he had open wounds, probably because he was so itchy. Lenny had to stay in the clinic for a while before Desy could take him home.

When Desy finally took Lenny home, he barely left her side. He slept most of the time, and he was like a tiny duckling following Desy around everywhere she went.

Lenny’s hair started to grow back, and as he got better, his personality started to show. He would chew on Desy’s hand, which she did not appreciate, so she gave him different things to chew on.

One of Lenny’s favorite things to chew on was carrots and weeds. He constantly wanted cuddles and to be by her side. It was hard when Desy had to say goodbye to him.

A family from the U.S. came to adopt Lenny. They have a flower farm where Lenny now spends all his time roaming around. Lenny is fluffy and loves to chew on the weeds around the farm. 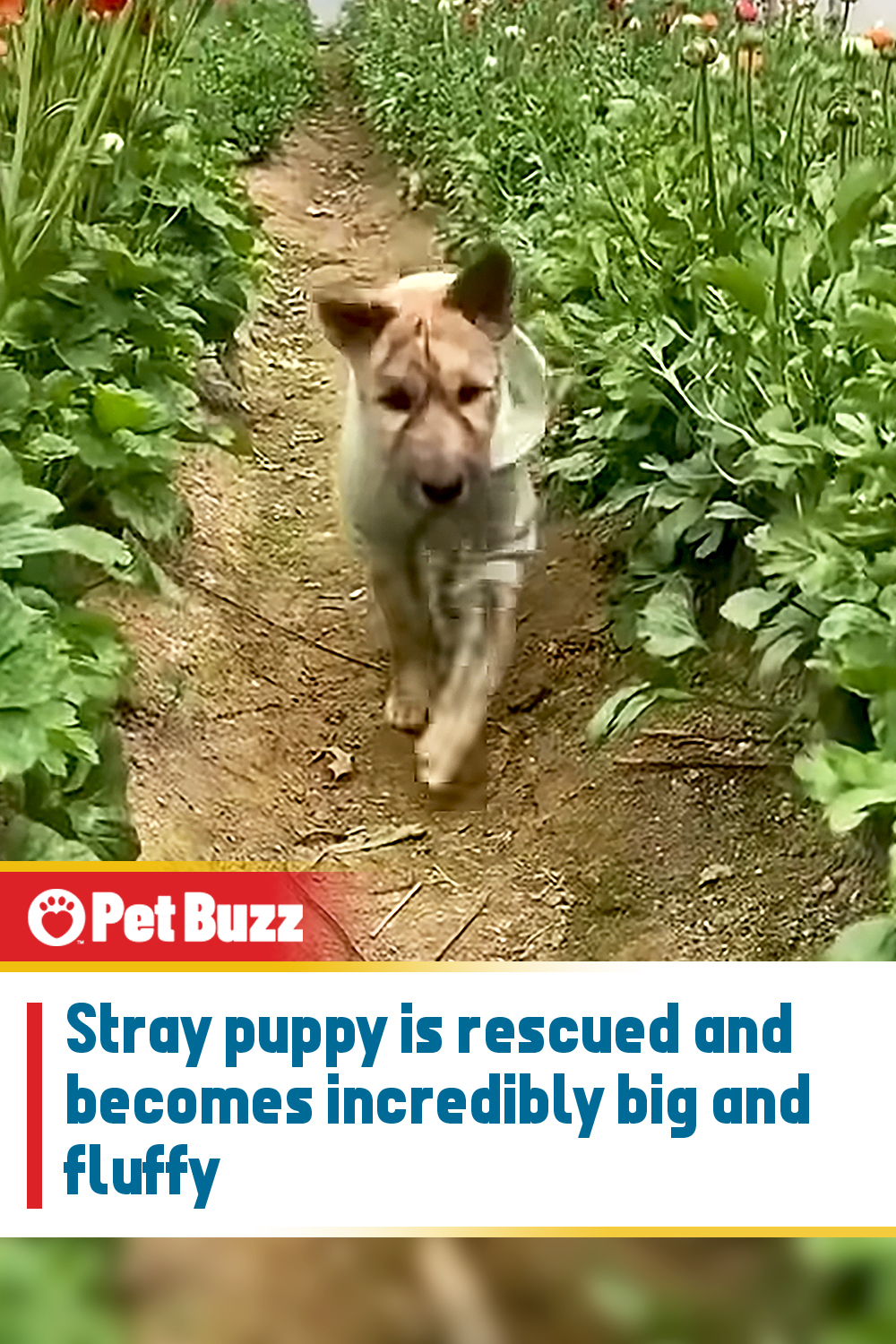