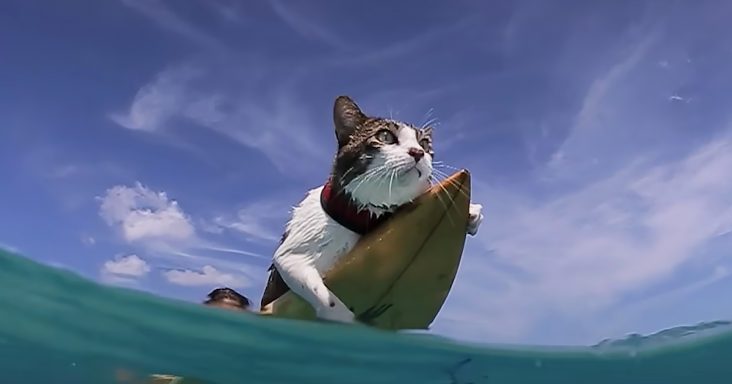 Alessia and Pat were fortunate to find a cat who shares one significant interest with them, and that is surfing. The cat’s name is Hokule’a, and he lives with them in Honolulu, Hawaii.

When Alessia went to the Humane Society to look for kittens, that’s when Hokule’a caught her eye. He had a sweet look, and he was timid at first.

They would find him hiding under their bed and bedsheets, but he slowly became more comfortable with them over time. Hokule’a followed them everywhere, even into the shower.

That’s how they found out that he wasn’t afraid of getting wet. Even more than that, he seemed to love being soaked. When it rained, they saw that Hokule’a would walk outside and get drenched.

Pat realized that Hokule’a might enjoy the beach, so they found a relatively empty place with calm waters. He played in the sand then Pat placed him on his board and rode small waves.

Hokule’a was comfortable in the water and was a great swimmer. Pat built a small box for him to sit on while he was on the board. After a while, Hokule’a became more confident and would stay at the nose of the board.

He would jump into the water on his own and was sometimes a faster swimmer than Alessia. Hokule’a loved being at the beach. It seemed he found peace and serenity being away from noise and strangers. 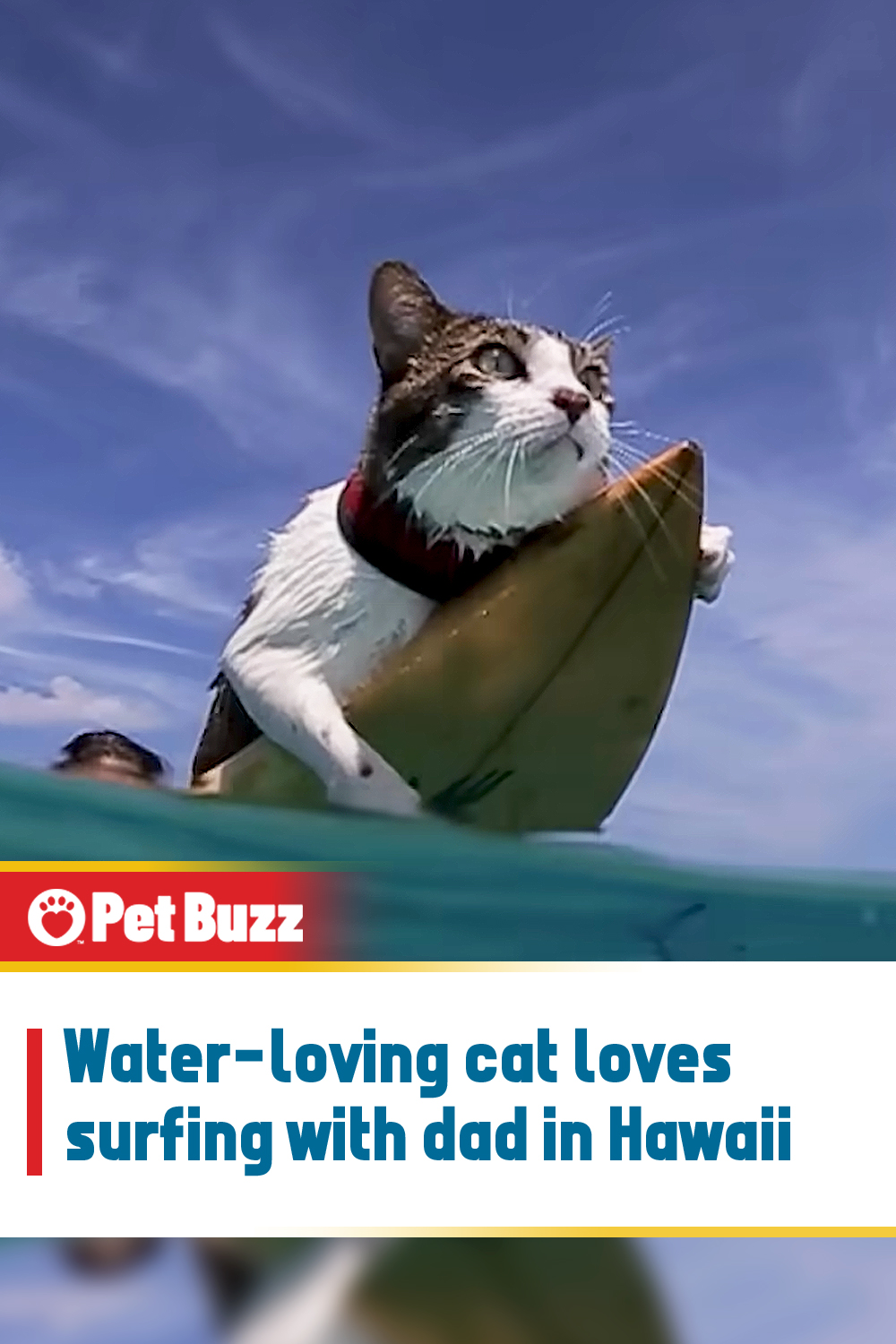