When Scott Moore and his wife first brought home their precious newborn son, they were more worried than most about the safety of their household. Just like every other dog owner, Scott was dreading the moment that his son first encountered their dog, just hoping and praying for the best.

The couple waited a few months, but that just proved that some things get way better with age. Right from the very beginning, this cute little boy and his pup couldn’t be more fond of each other!

Initially they planned on introducing the two right away, but where a newborn is concerned it’s better to be safe than sorry. Dogs can be unpredictable, even the most house-trained ones so it’s always a good idea to be careful.

Eventually the Moores were comfortable enough to let the two meet, so one day when the baby was rolling around by himself they allowed the dog to go in and hang.

At first the beagle was playing hard-to-get, shying away as the little boy crawled closer and closer. But soon the two meet in the middle and everything is just pure bliss. The baby doesn’t need any coaching, knowing right away how to gently pet a dog in the sweetest possible way.

With some more petting and some doggy kisses, these two are on the way to being best friends for life! The internet loves it too and almost two and a half million people have shared in this wonderful moment. 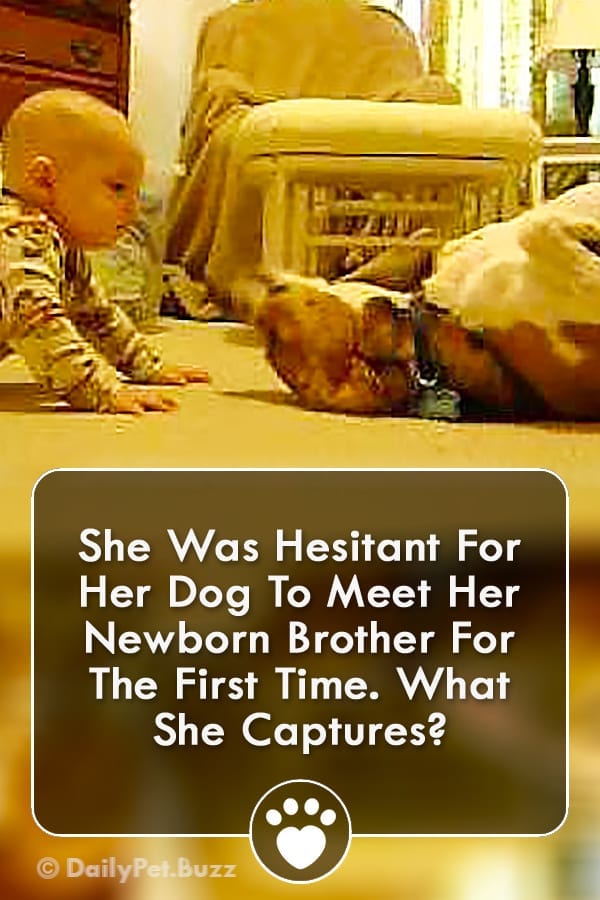