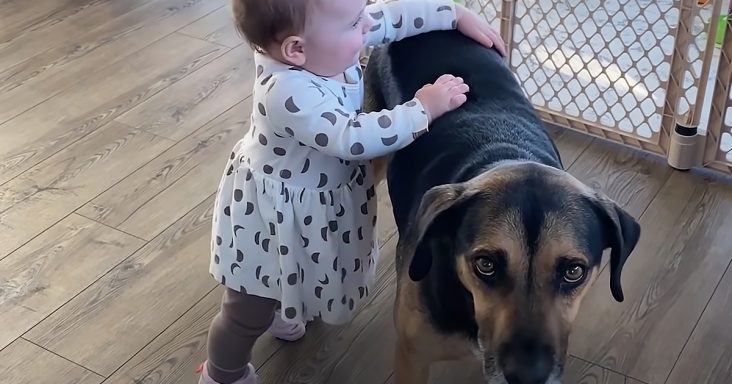 Mason, the dog, helped his best friend Jordan when she learned to take her first steps. Allison and Matt, who are the parents of Jordan, never expected Mason and Jordan to have such a special relationship.

When Allison was pregnant, Mason knew what was going on. He would cuddle up against her belly and be very still. Matt was both excited and anxious when they brought Jordan home for the first time.

They didn’t think Mason would treat Jordan the way he did. Mason became Jordan’s shadow. He was always there by her side ever since she arrived at the house.

Jordan used Mason as her safety blanket. He would go up to her and lay next to her. Mason let her get away with anything and everything.

Matt and Allison watched at the pair had a particular language that only they could understand. One day Jordan was close to taking her first steps. She was using Mason as support.

Mason stood by Jordan, who was upright but not yet moving. Slowly but surely, she started to walk, using Mason to keep herself balanced. Then eventually, she was able to go off on her own.

Jordan was proud of herself, and so was Mason. They went on walks at the beach together, and Mason was happy that his playmate was more mobile. Mason and Jordan are inseparable best buddies. 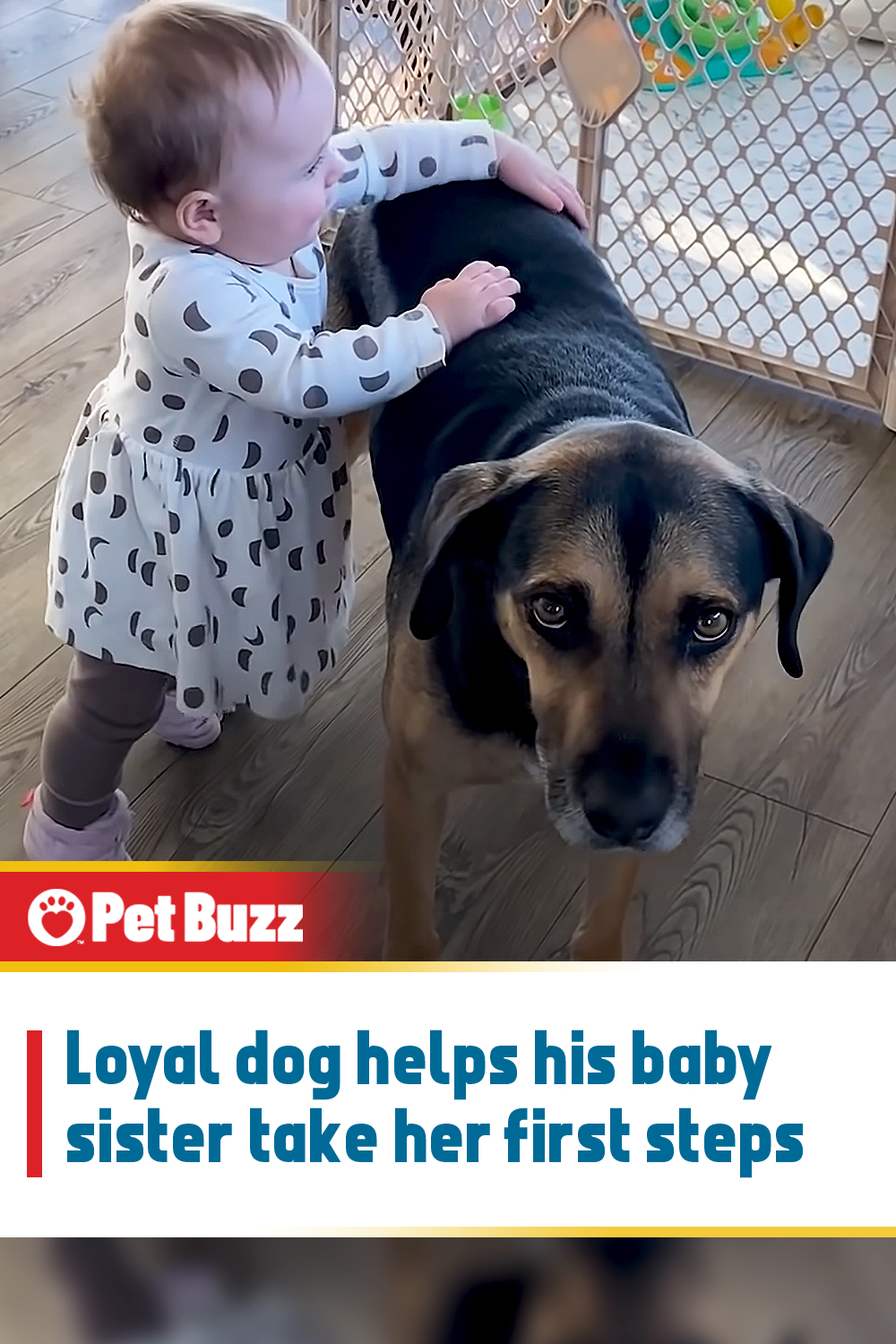