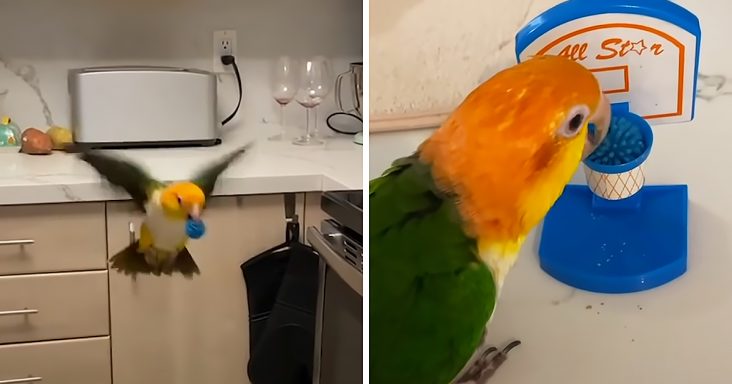 Shadow, the parrot, showed Alexandrea and her husband how much love birds are capable of. They named him Shadow because he always follows them around no matter where they go.

Before getting Shadow, Alexandrea knew she wanted a dog, but her husband wanted a cat. They reached a compromise and decided to get a bird. It was a life-changing decision.

Shadow is incredibly affectionate, and he has playful moods where he wants to wrestle with their fingers. Birds need a lot of mental stimulation, which is why he knows so many tricks.

Alexandrea’s favorite trick of Shadow’s is his ability to play basketball. He has a tiny net and a matching ball that he loves to play with. It seems that he cannot get enough of it.

Shadow also loves towels, and he will always be in one if there is any around. If the towels hang from a rack, he will pick them up and drop them.

He also loves to rub his face against a towel. Alexandrea had an idea of what it would be like to have a parrot. Still, she didn’t know the real responsibility until she had one.

She realized so many birds need rescuing, and she hopes people go to shelters before they go to breeders. Shadow has brought so much joy to her life, and Alexandrea has thought of getting more birds. 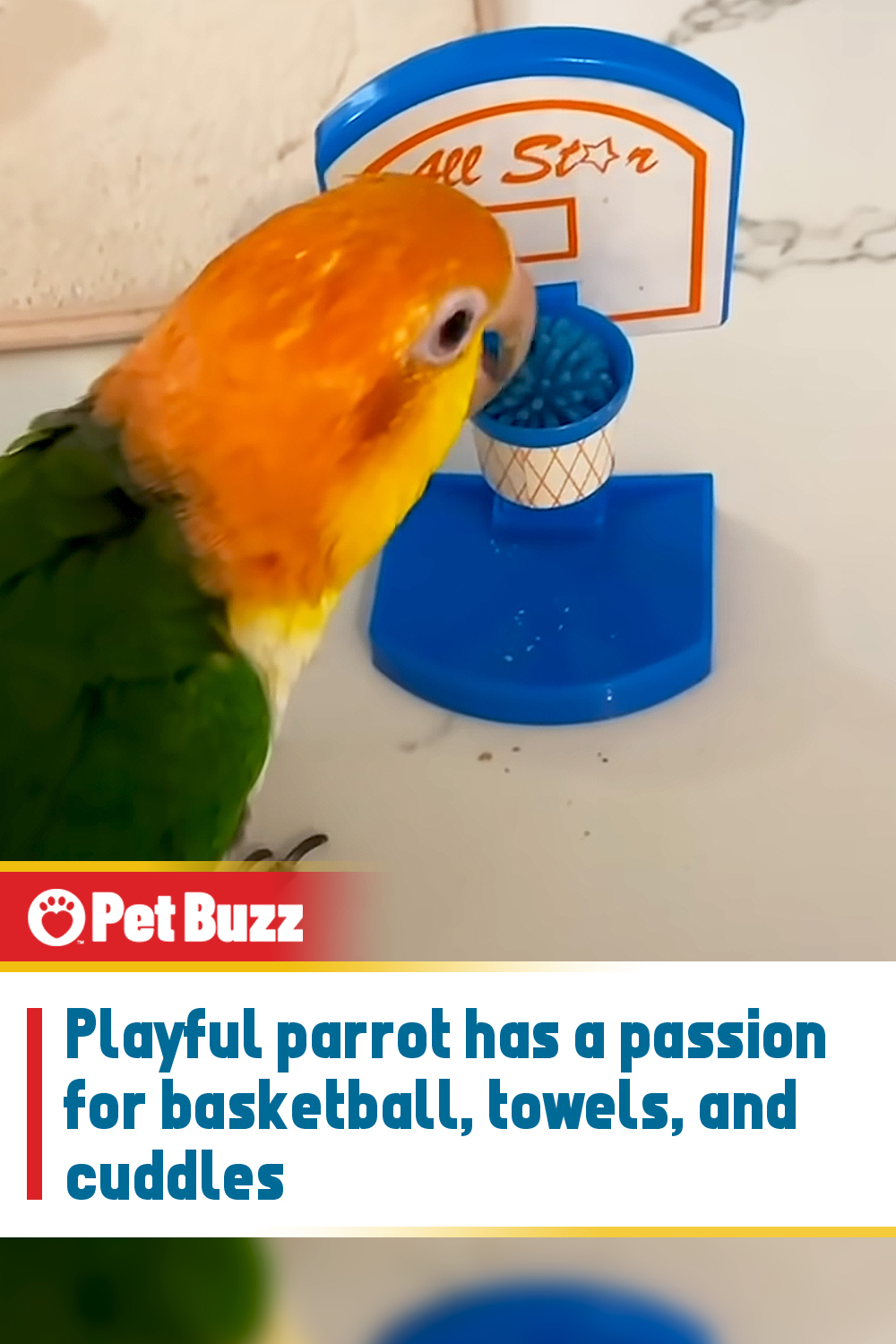