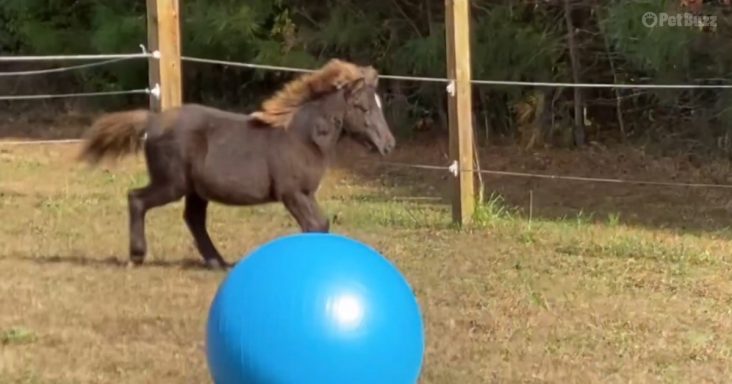 Teddy Bear, the miniature horse, celebrated his 6th month birthday by running laps around his birthday present. His birthday is April 28, and his caretaker has been taking care of him ever since he was a foal.

According to Teddy’s caretaker, he used to bite her and run away, and it was to test her, and she made sure to discipline him. Even if miniature horses are cute, they need to be treated with respect as bigger horses.

It was a beautiful day outside for Teddy’s birthday. The sun was shining, and the grass was lush. Teddy had so much space to himself, and he was enjoying his time eating and walking around.

For his birthday they got him a big blue ball. Horses and foals love to play with balls. The ball was placed in the middle of the field, and Teddy approached it slowly.

He wasn’t sure what to make of it, and he was actually a bit scared of it. When he approached it and touched it, he was startled when it moved.

Teddy walked away from the big blue ball and started running around it. He sprinted as fast as he could with his mane and tail dancing with the wind.

It wasn’t exactly the reaction they were hoping to get from his birthday present. Eventually, he got more confident around it and started poking it with his nose. Soon enough, he’ll start rolling it around playfully. 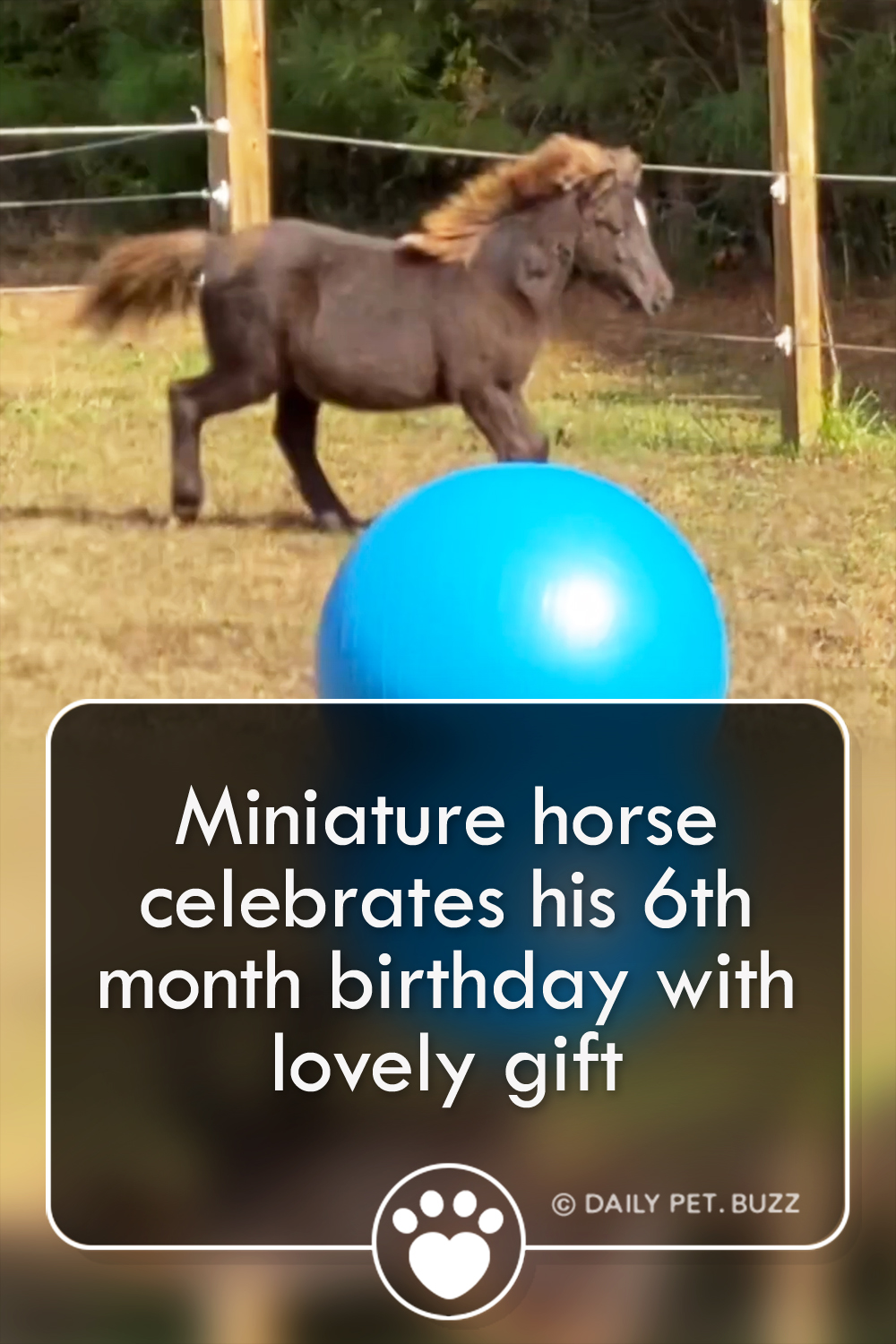