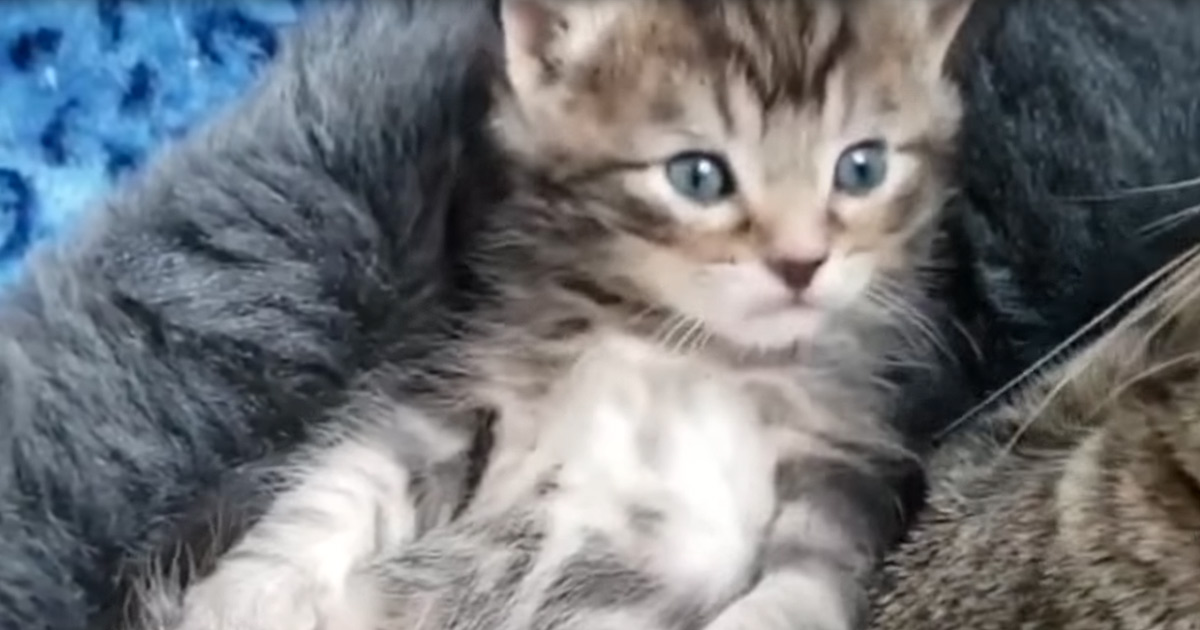 Foster volunteer Jen Marder took in a mother cat and her two newborn kittens after they were rescued from a life on the street. The mama tabby, dubbed Mama Rosa, was new to indoor living and with two newborns and in a strange and bewildering new situation, she was understandably terrified.

Unfortunately, one of the babies was much smaller than the other and did not survive past the two-week mark. Having lost one of her babies, Rosa gripped onto her remaining kitten with astounding fierceness. She wanted to stay with him all the time to help him thrive.

With all the extra love from his mom, tabby baby, by now named King, did indeed flourish. Seeing her surviving kitten doing so well helped to increase Mama Rosa’s confidence. Still wary, she began allowing slight, gentle touches and brief interactions with her foster family.

Mama Rosa continued her vigilance over King, hardly ever leaving their nest. In fact, on several occasions, Jen needed to bring her food when she stayed in cuddle mode for too long. Her devotion to caring for her baby was so unusually intense. As a result, when it comes time to find a final adoptive home, the two will need to be adopted together as a bonded pair. Jen says they rely on each other too much to be separated. Who wouldn’t want to adopt such a sweet pair of tabbies? 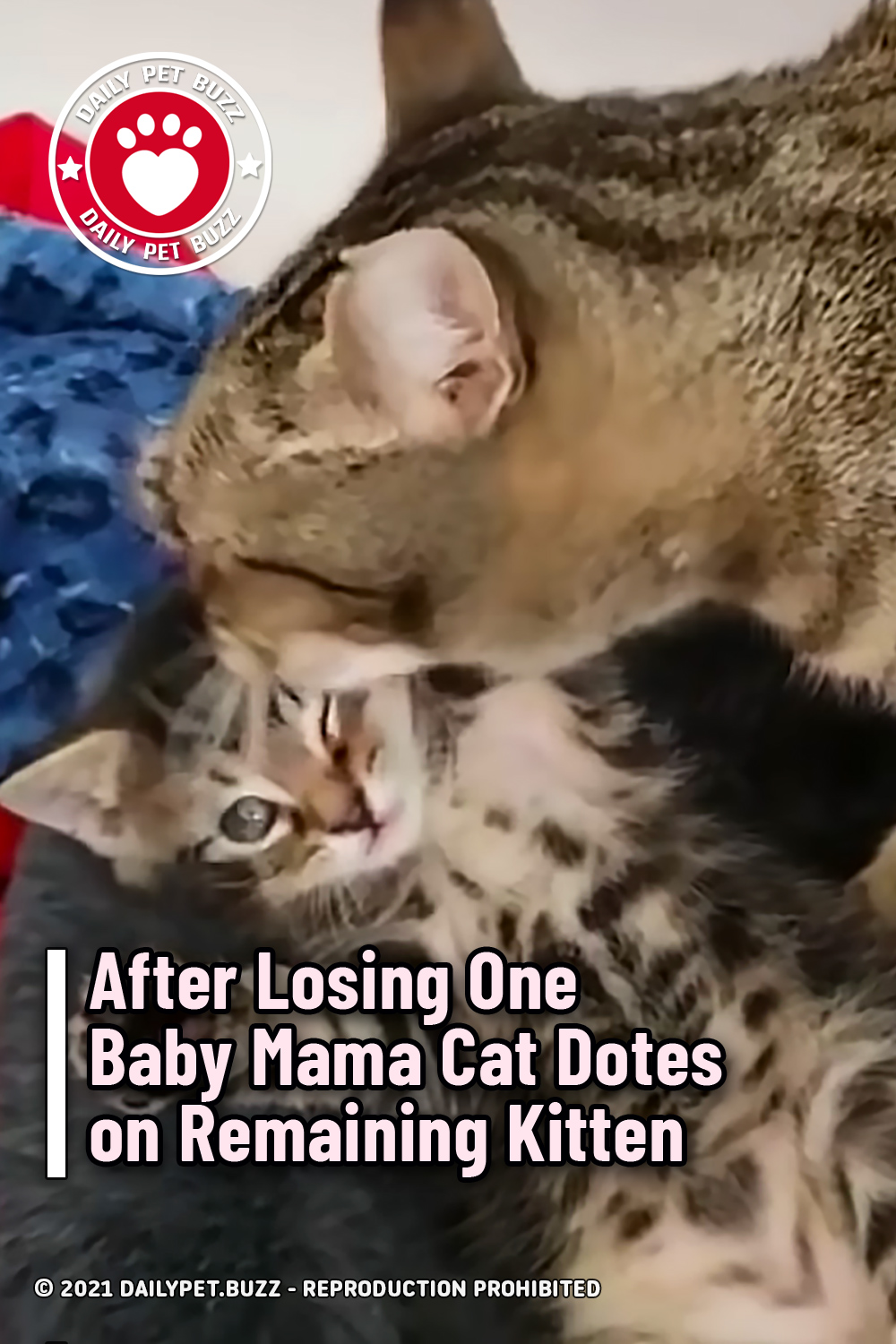