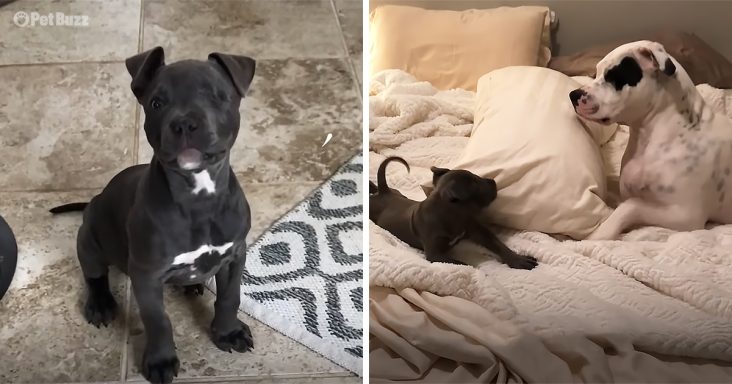 Raisin was an orphaned puppy who helped a mama Pit Bull named Daya after she lost her puppies. When Raisin was first rescued, she was very sick, and her eye was infected.

Daya was rescued from a shelter, and she appeared to be pregnant. Raisin had a wonderful personality, but that came later only when Raisin became healthier. The rescuers saved them but weren’t sure if anyone wanted Raisin and Daya.

Unfortunately, there was a compilation, and Daya couldn’t have any of her babies. She was expecting puppies and became depressed when they didn’t come.

Raisin and Daya both needed help, and their fosters had an idea to bring them together. That is when Nick and Katie Loveluck volunteered to foster both dogs.

Daya became maternal towards Raisin right away. She constantly groomed the puppy, and Raisin was happy to receive the affection. Daya started to heal thanks to Raisin.

Raisin and Daya both benefitted from their time together. It was the first time that Raisin felt that kind of love and protection. When they both were better, Daya went back home and was adopted.

Raisin stayed with the Lovelucks, and they decided to adopt her. She bonded with their dog Charlie who also became a fatherly figure to Raisin. Charlie was scared of her at first but learned to love her. 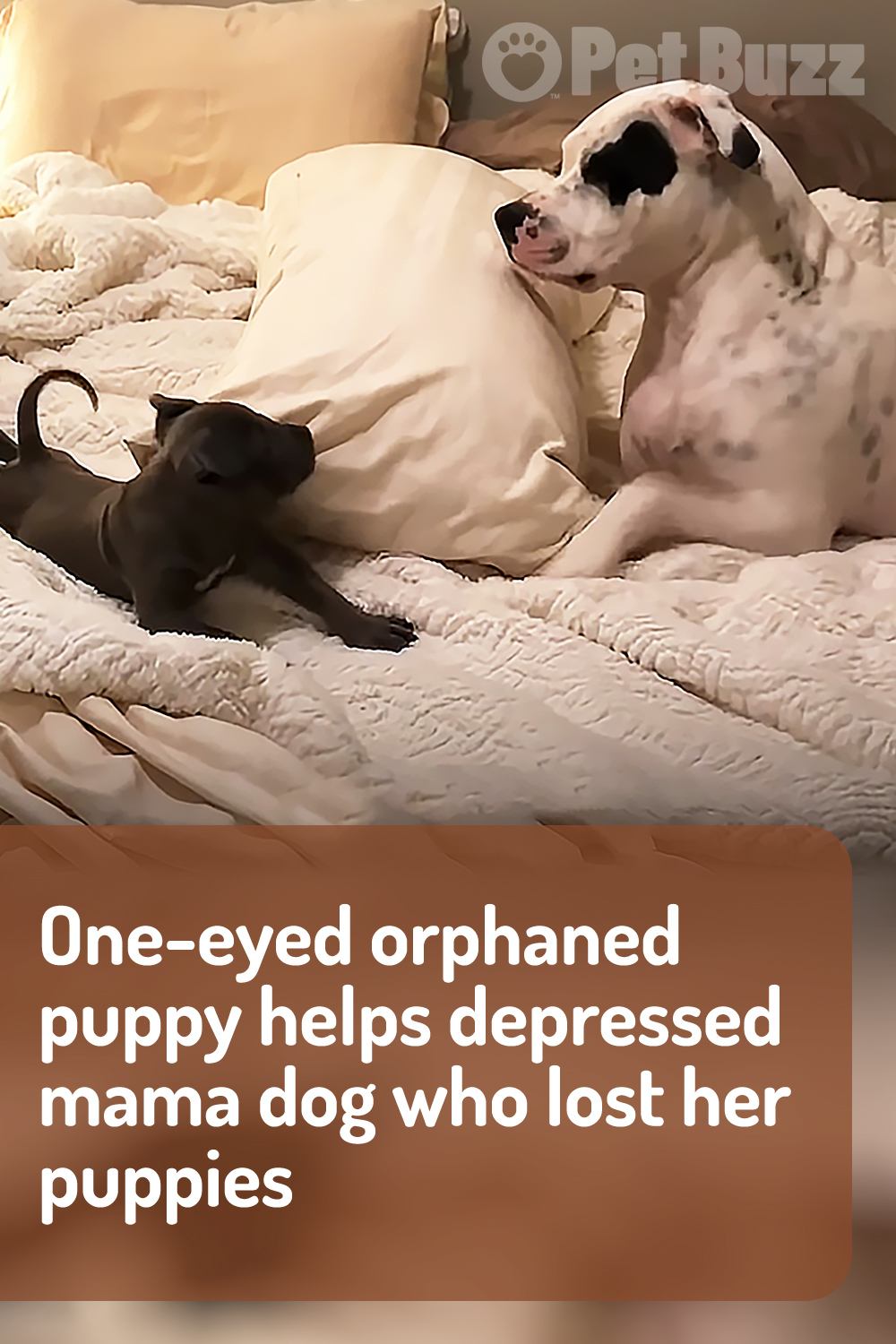