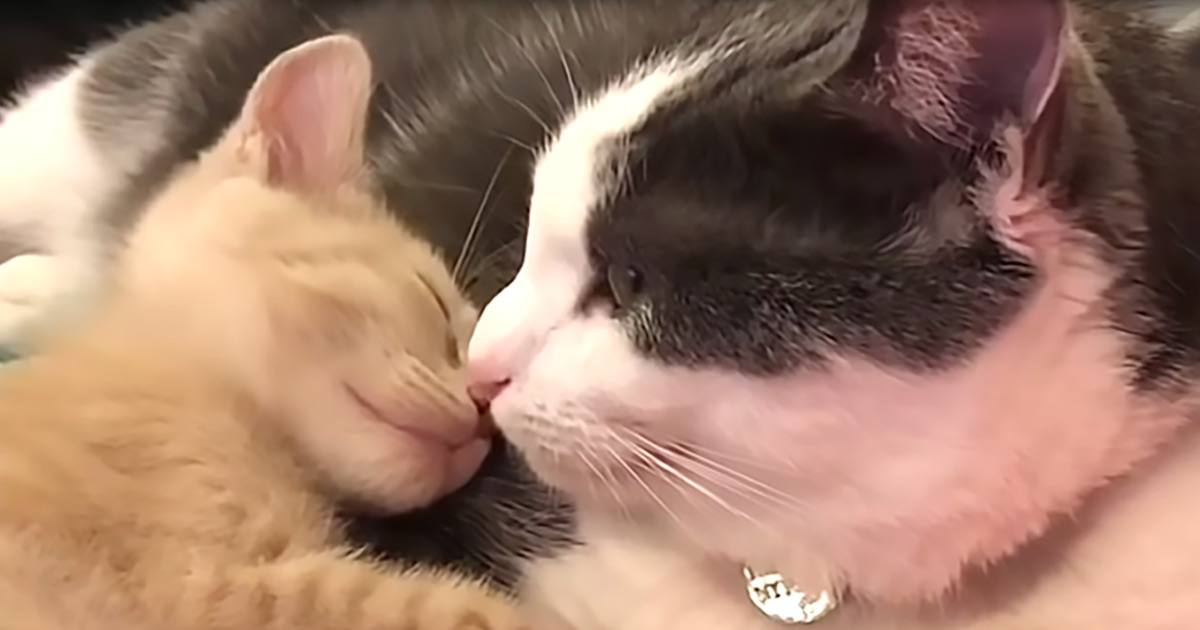 When An Miller brought home an affectionate kitten, she wanted to wait before introducing him to her two resident cats, Stinky and Shortcake, hoping to make a smooth integration as they got accustomed to the scent of a new feline in the house. The needy newcomer craved attention and An was happy to oblige, but Hammy would not settle for human attention alone. He wanted a feline friend.

Neither of the two older cats was quite ready to share their space with an interloper, regardless of how cute he was. Hammy wouldn’t be deterred from his goal: He would win over a feline friend no matter how much he had to annoy them or how long it would take. His toys were not enough to distract him.

The persistent kitten focused all his energy and attention on Shortcake, shadowing her everywhere she went. Reticent Shortcake tried to shake her spunky groupie, but to no avail; Hammy persevered in his pursuit of the object of his affection.

After a full 25 days, Hammy’s determination finally wore down the older cat’s resistance and the bigger cat even started to like the little rascal who would not leave her alone. Now the two of them are friends and Shortcake even tolerates Hammy’s rough play, teaching him how to be a big cat. It’s no surprise she finally gave in. How could she possibly resist such a little sweetie? 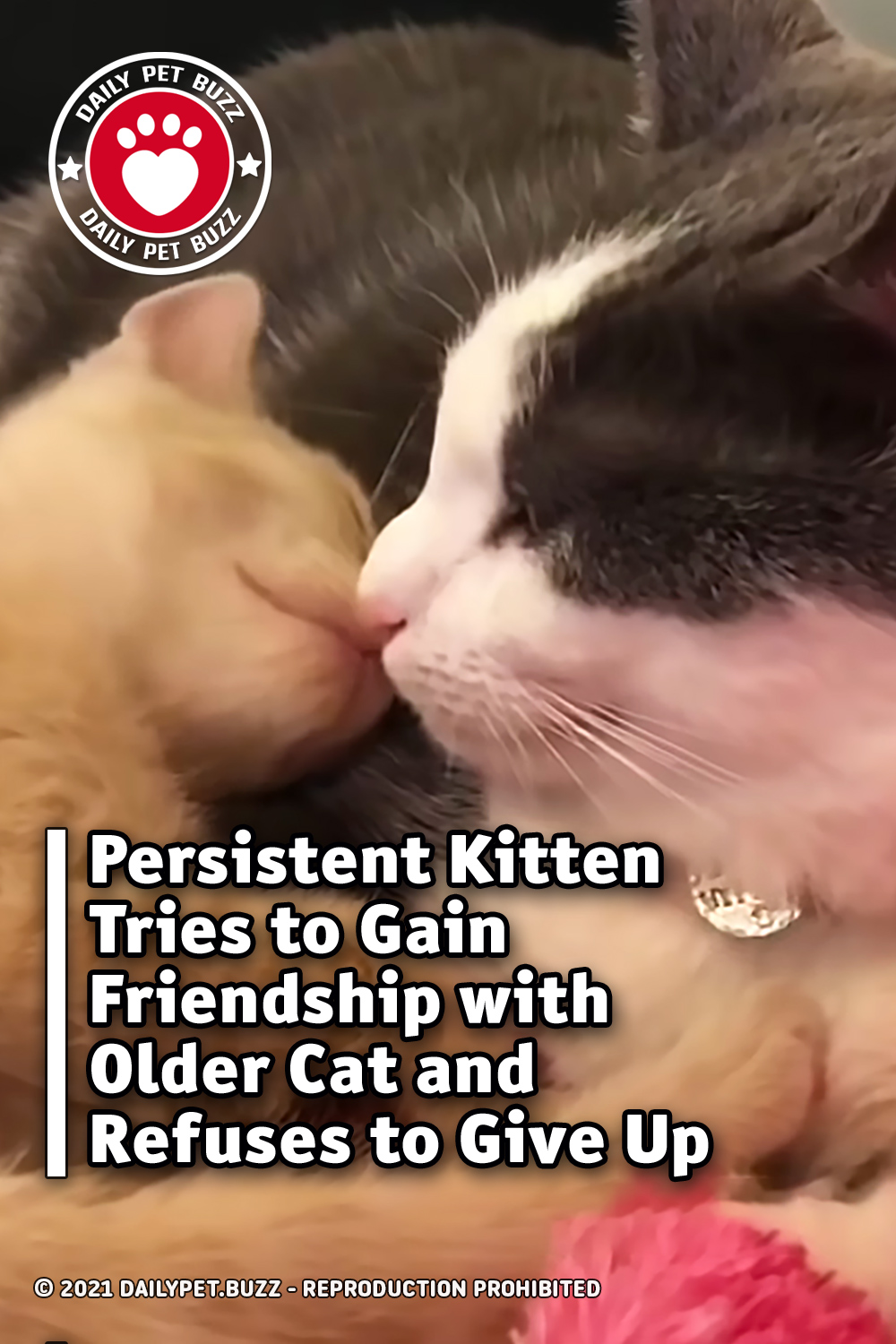