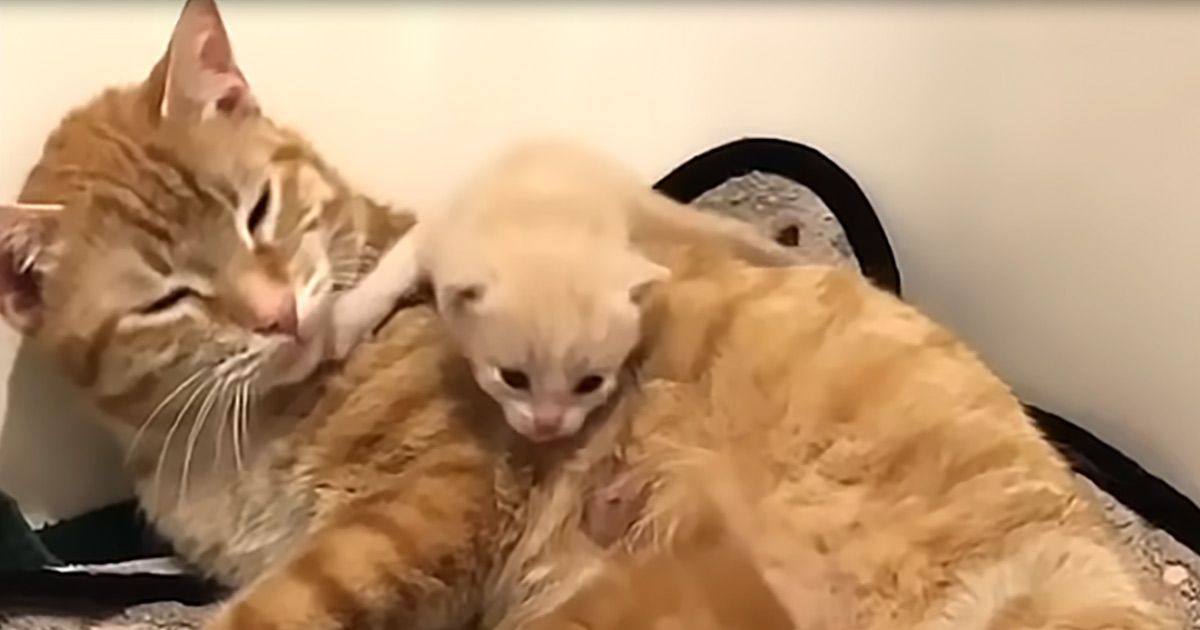 A foster volunteer began caring for a litter of 2-week-old ginger kittens when they were separated from their sick mother, who was taken to a vet to be euthanized. Instead of euthanizing the mother cat, Chi-Chi, the veterinarian chose to treat her so that she could be reunited with her brood. With treatment, the ginger mama began to rally to improved health.

In the foster home, volunteer foster Barb was bottle-feeding the babies every two hours and they purred and snuggled with her after each feeding, but it wasn’t the same as having their mama to cuddle with, and groom, them. Having recovered from the severe illness, mama Chi-Chi was brought in to reunite with her brood.

The mother cat devoted her energy to grooming and nuzzling her babies, but her milk production was lacking, so Barb supplemented her feedings to keep the kittens from falling behind in their growth, while also supplementing Chi-Chi with a milk-production stimulant. Foster volunteer and mother cat teamed up to raise the babies with Barb taking on most of the feeding, as well as caring for mama, who kept the kittens clean and snug.

Her illness and trying to nurse when her milk production was so low took a toll on Chi-Chi, whose health took another bad turn and required more time at the veterinary hospital. Having received subcutaneous fluids to rehydrate her, and antibiotics to fight off her upper respiratory infection, Chi-Chi recovered again. This time, instead of trying to feed her babies, the worn-out mama was satisfied to see that they were receiving the care they needed from Barb. Mother and kittens are doing fine and are all preparing to find forever homes where they will all receive the love they deserve. 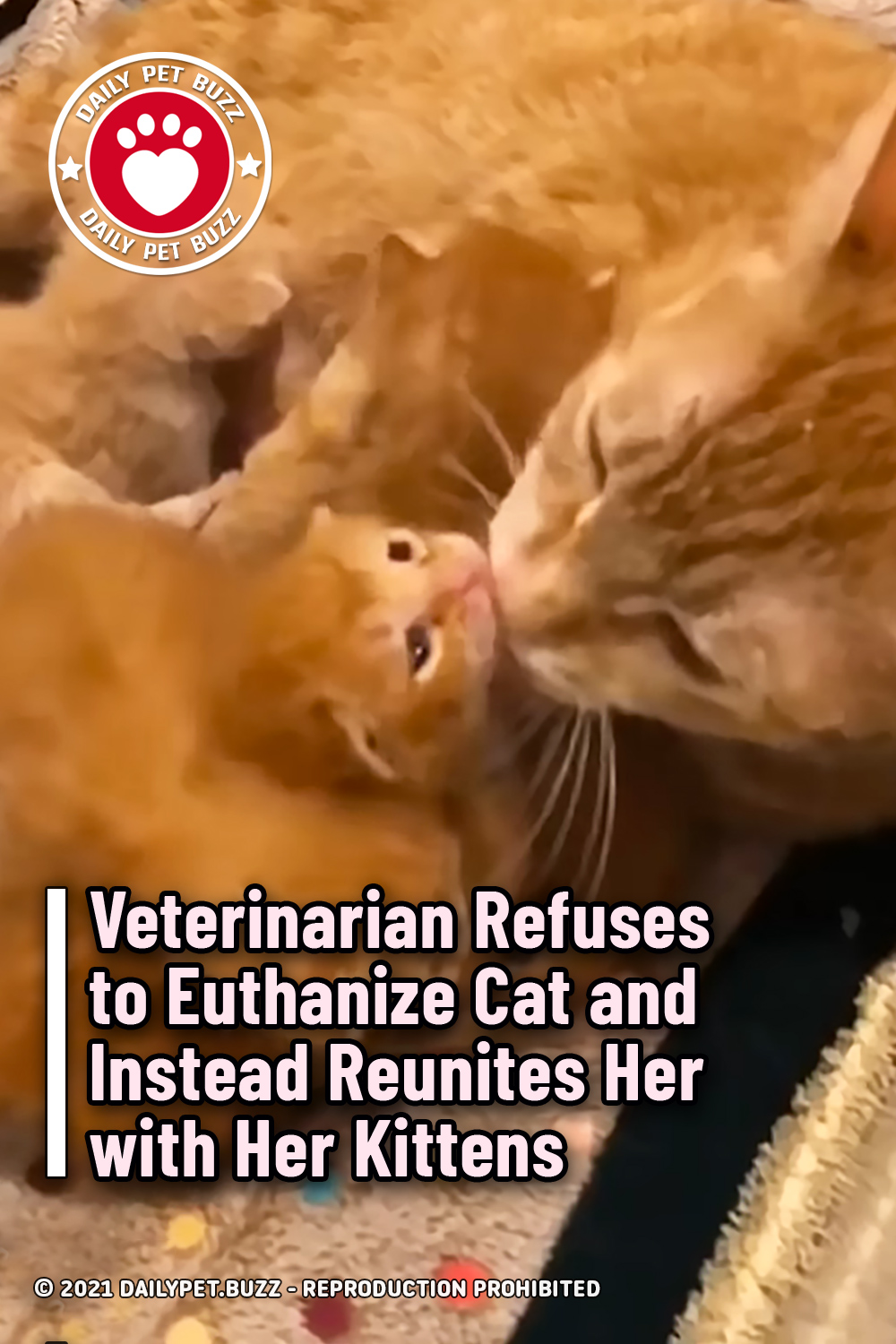