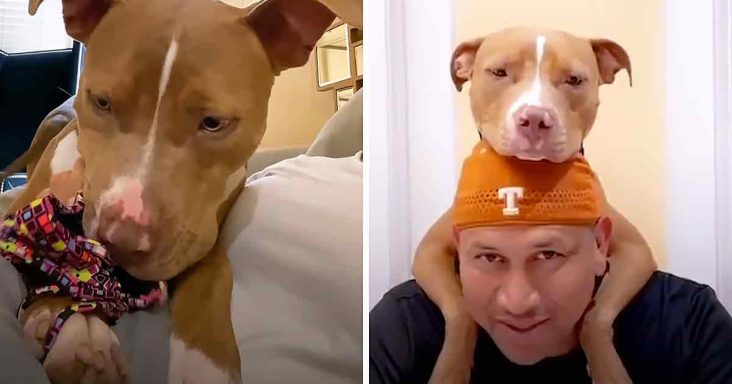 Prince the Pitbull showed Kristi how much love dogs can genuinely give. He loves to put his head on other people’s heads, and he doesn’t like to miss out on anything.

Kristi and her husband are Prince’s grandma and grandpa. Her son rescued Prince, and at first, he was quiet and timid. Then he really came out of his shell when he met their other dogs.

Everything changed when Prince realized he could be silly. Kristi’s workout time used to be a moment where she could be by herself. But now, she knows to always expect Prince to be with her.

He will bother her and give her extra weight for her exercise. She will give in and just give him kisses and cuddles most of the time.

Prince is like a child. He will steal whatever he can find, such as a ball or a sock. Kristi once caught him with a sports bra, and she had no idea how he got it.

He also loves sticks and loves to be loved on. Prince lives with Kristi’s son, and they hadn’t seen them in around three months. When they came to visit, Prince was jumping up and down.

Kristi loves Prince so much. She certainly did not expect to feel this way when her son first called her about rescuing a Pit Bull. He means the world to her, and she considers him to be her grandbaby. 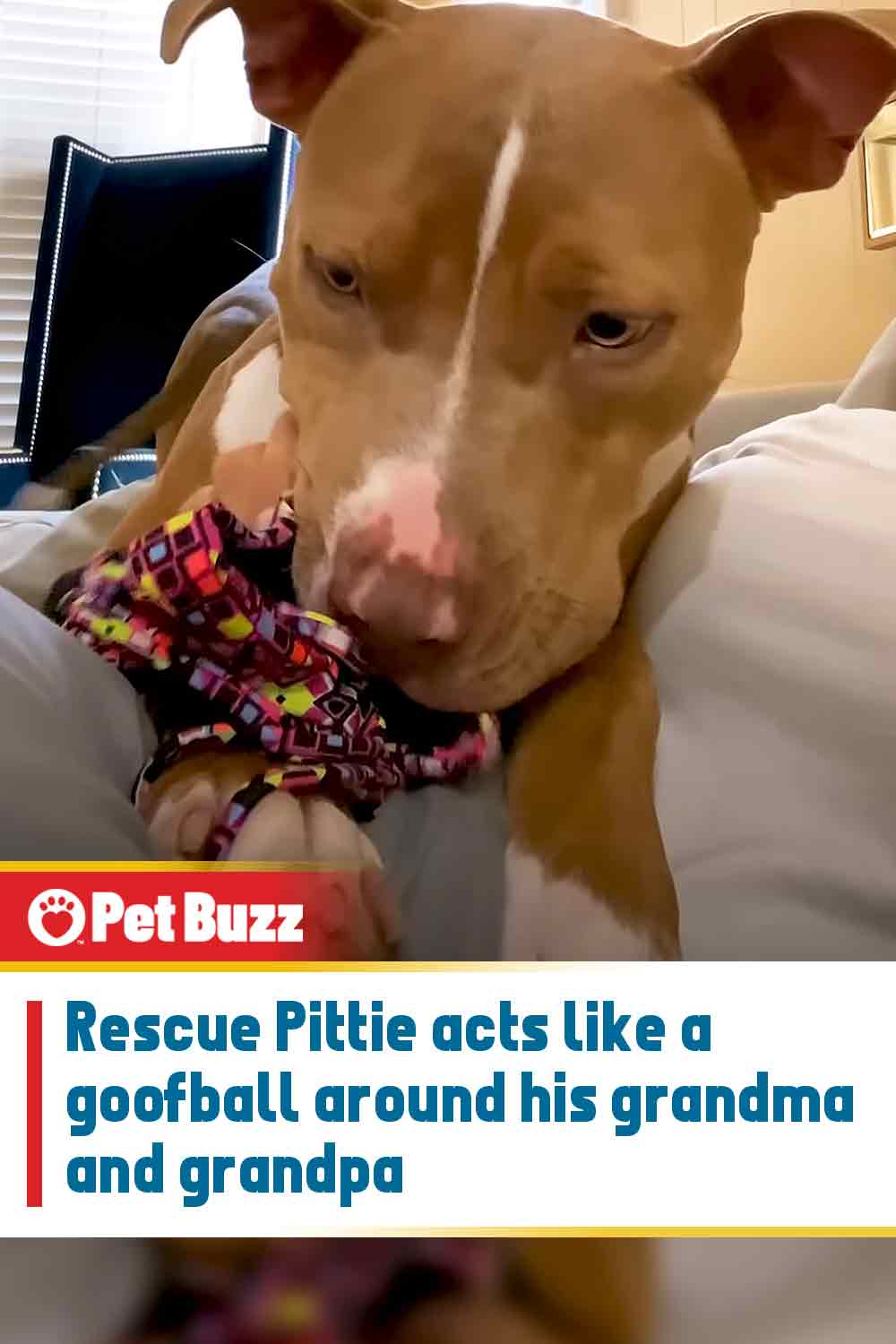