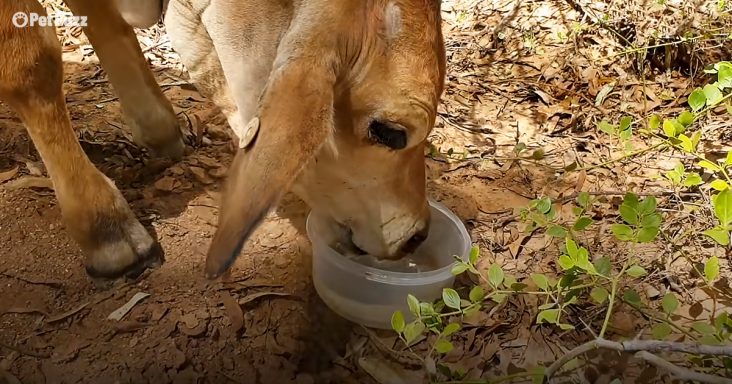 While Alex was working a random job in the Outback, he found a baby cow that needed saving. He was surprised to see the calf was on his own.

The cow had one hoof stuck in barbed wire, and he was lying on his side. He had run out of energy and couldn’t move or get back up.

It was a scorching day, and Alex gave the baby cow whatever water he had on him. Alex was fortunate to have discovered the trapped animal when he did.

Thankfully the fence was old, and Alex managed to easily unravel the barbed wire with some of the tools he had. The calf was still too tired to get up even after his hoof was free.

Alex realized the calf still needed more water, so he left to get more back at his camp, which was a one-hour trip away. When Alex returned, the calf had moved a few meters away from where he was first stuck.

It was a good sign, and Alex poured a bowl of water for the thirsty bovine. The baby cow happily drank from the bowl and knocked it over a few times.

In the distance, Alex spotted another cow. The adult cow turned out to be the calf’s mother. When they were reunited, the first thing the baby cow did was drink from his mom. 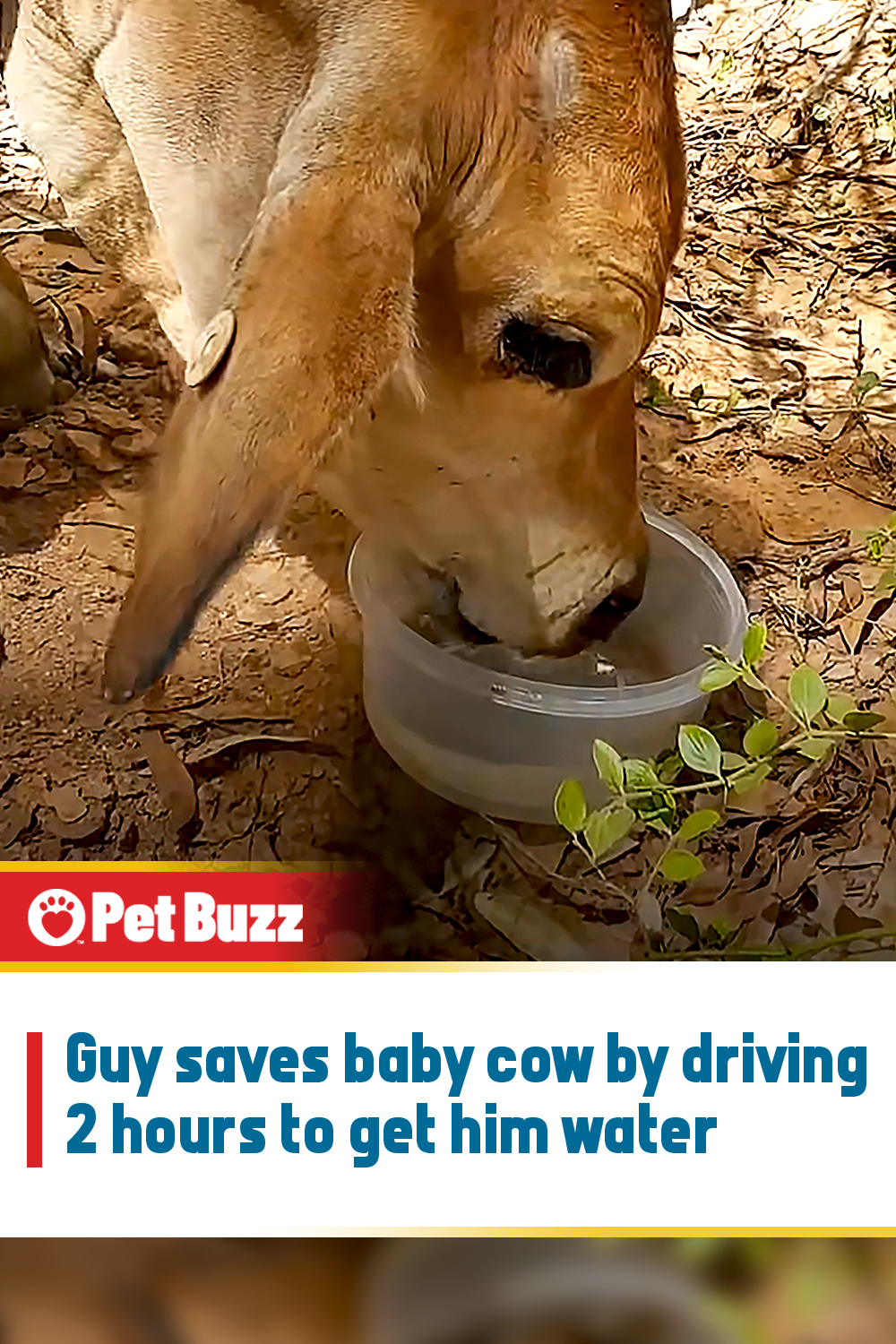