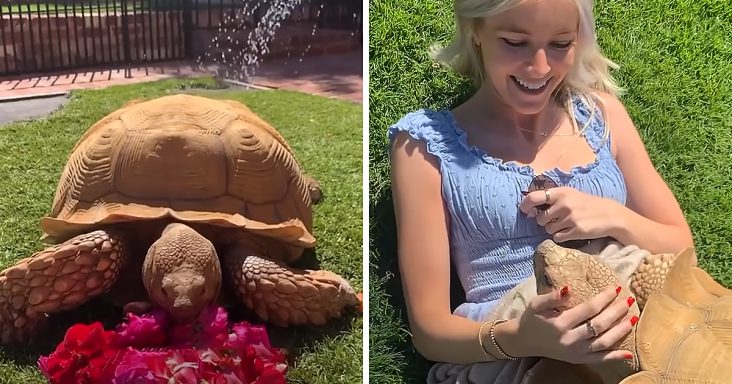 Tiptoe is a 175-pound tortoise that has been with Caitlin for most of her life. When she was 7 years old, she wanted a Tortoise for Christmas.

Caitlin got what she wished for, and Tiptoe joined their family. She wanted him to be part of everything, and she started taking him on walks around the block.

Her parents were unaware that tortoises have a lifespan of 80 to 120 years. Over the years, Tiptoe has slowly cemented himself as king of the household.

The backyard was revamped for all of his needs. Tiptoe has a small pool where they sometimes leave food and yummy flowers for him. Caitlin likes spoiling him with a royal spa treatment.

Tiptoe will wait by the gate when he knows it’s time to go out. When Tiptoe goes for a stroll, he takes up the entire sidewalk. He will meet dogs, and everyone in their community knows and loves him.

Lots of seniors will wait by Caitlin’s home to see Tiptoe. Once he comes out, they say hello and give him treats. It has been remarkable for Caitlin to see other people bond with him.

Tiptoe is 19 years old, which is still relatively young. He has been there for every stage of Caitlin’s life, and she loves spending time with him. He is her home. 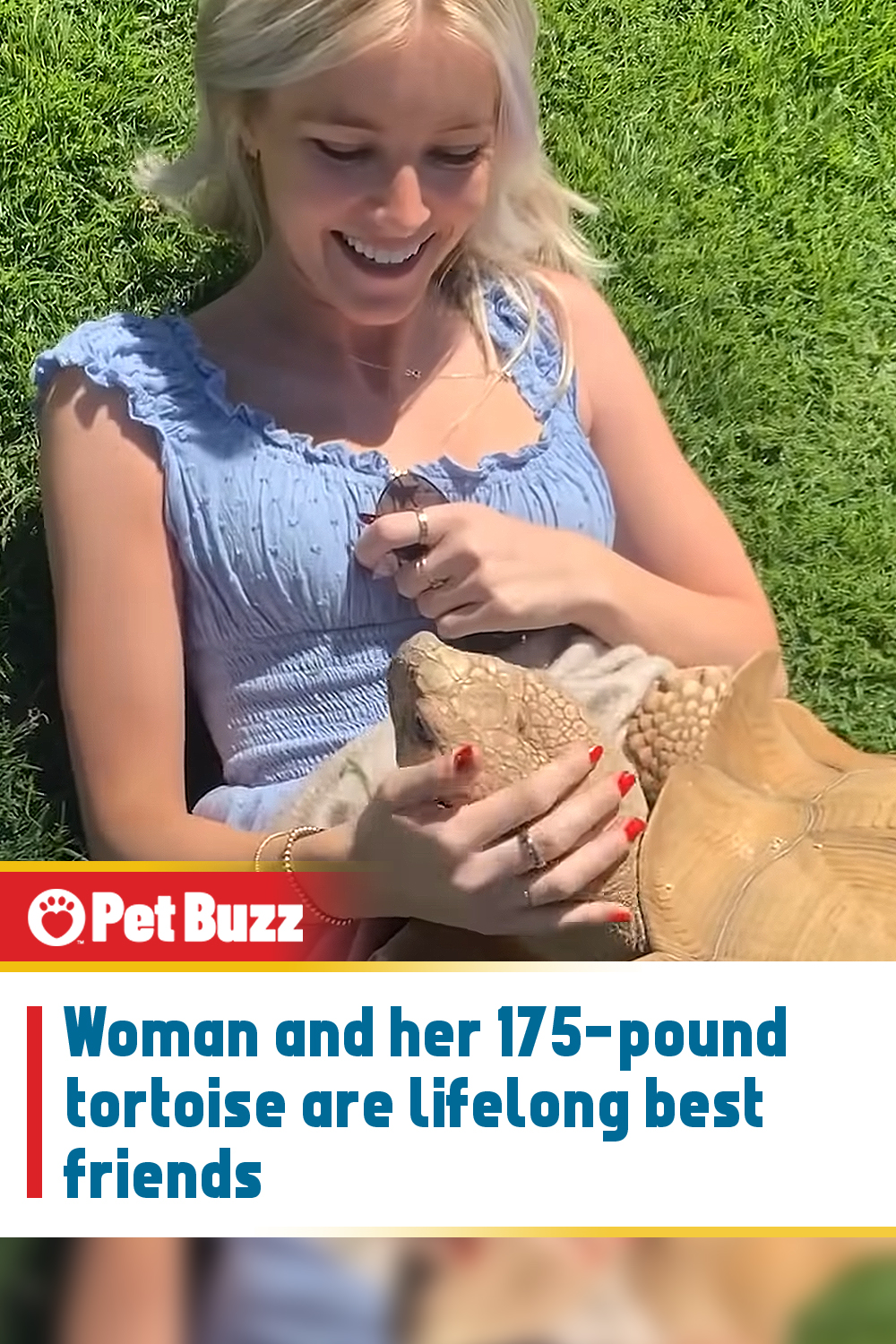