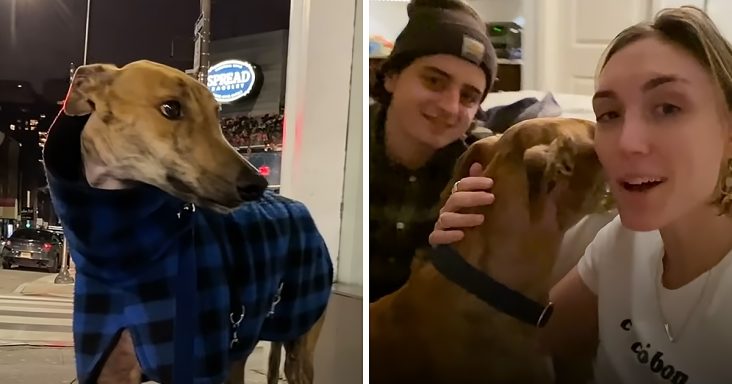 Greyhounds were originally bred for racing. The breed’s long, lean build makes them agile runners. However, with the banning of dog racing, the breed was nearing low numbers. The practice of adopting retired racers has helped the breed grow in popularity.

Elizabeth and Holden were looking for a dog when they came across a group of greyhounds who had previously raced in Florida before they were rescued.

The couple decided to adopt one and give him a good life. Because these greyhounds only knew a life of racing, they had to be taught how to enjoy dog activities. Many greyhounds only see the kennel and the race track.

Things like climbing stairs, playing, relaxing in the grass, and walking on soft surfaces are new for these greyhounds. When Elizabeth and Holden first adopted Paul, he was terribly skinny and missing fur in many places.

The couple had to teach Paul how to enjoy the couch, relax, and be at peace during the day. His former life was just training and neglect.

Elizabeth and Holden realized they’d have to be as patient as Paul needed them to be if they wanted to see progress. Paul had no reference point for everyday things, so every single activity would take a very long time. Being taken for a leisurely walk, playing with other dogs, or snuggling were all new concepts.

The once-neglected pup now loves getting stroked and cuddling with his humans. Paul no longer has to work for a living, and this couple is overjoyed to give him the relaxing retirement he so terribly deserves. 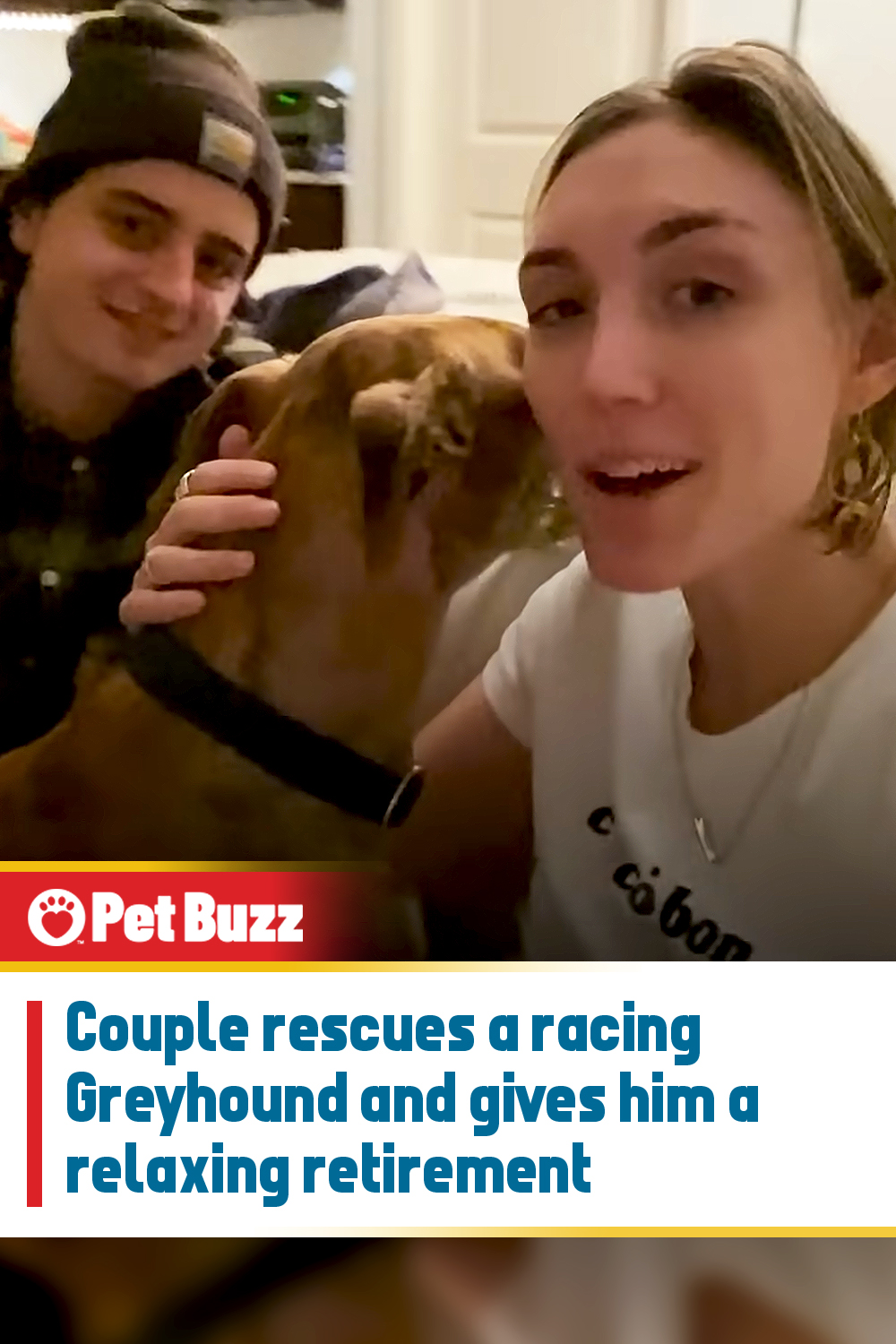