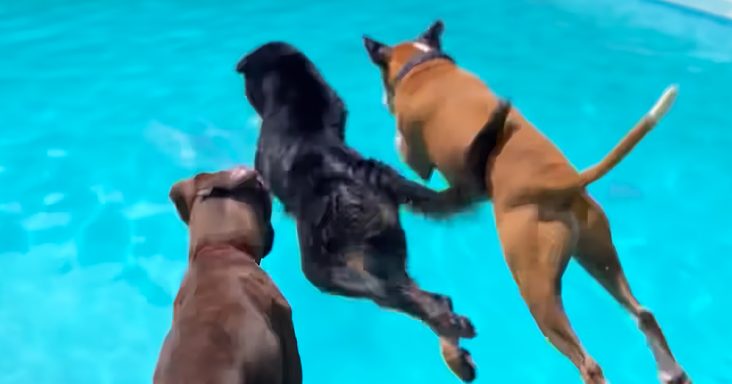 Five months ago, Freddo the Rottweiler did not like being in the water, but now he can’t get enough of it. Luke of Doggy Daycare Farm Trips rescued Freddo.

For Freddo’s first day at the farm, Luke carried him into the pool and helped him swim. Freddo could swim, but he clearly did not like being in the water.

He rushed to the ramp and walked out. Freddo shook off the water and moved as far away as he could from the pool. Luke saw that Freddo needed training.

Two and a half months later, no one had applied to take in Freddo, so Luke decided to adopt him. Freddo had received training, and he was opening up a bit more.

At the pool, he was confident enough to walk down using the ramp and play with the other dogs. Freddo enjoyed playing fetch, and Luke was nearby whenever he swam.

Presently, Luke has a hard time keeping Freddo out of the water. When they play fetch, Freddo is usually the first to jump off the dock and into the pool.

Luke doesn’t even have to be near Freddo when he swims. Freddo has gained the skill and confidence to swim on his own, almost like he’s more fish than a dog at this point. 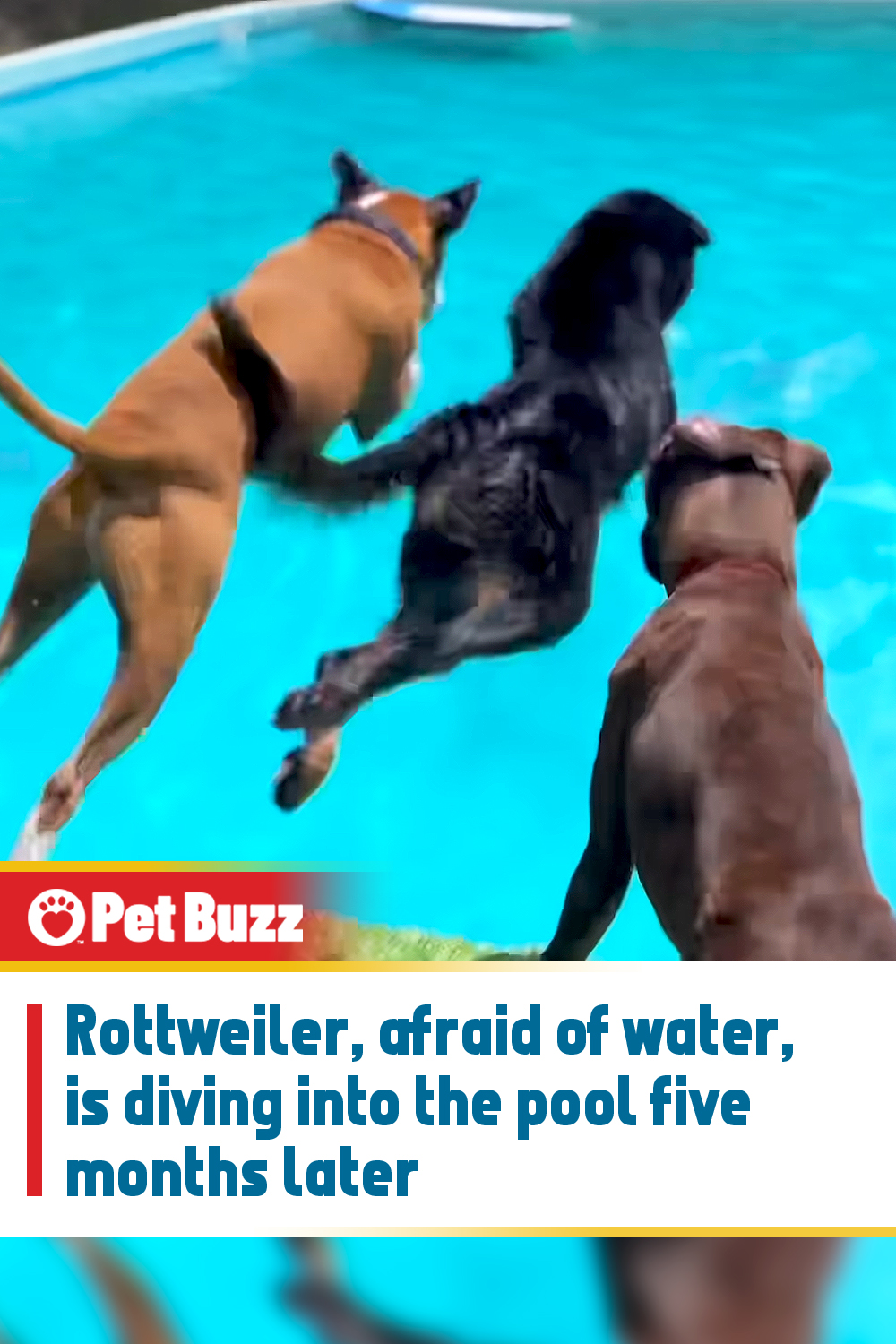