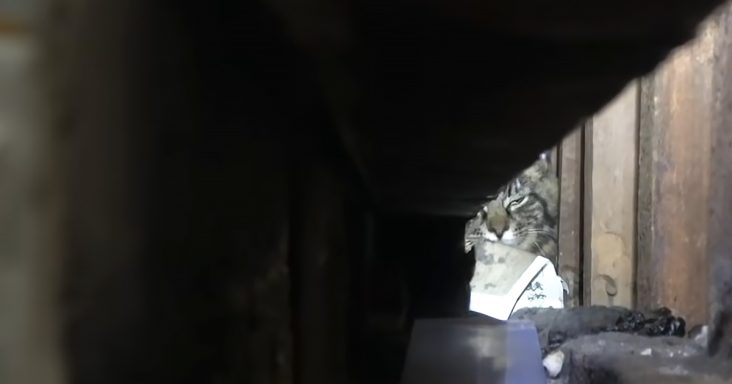 It was a challenging situation when rescuers found a stray cat stuck in the walls of a house. The cat was big, and he had been trapped for at least a week.

Food and drink were given to the cat while he struggled to survive. They named him Walldo, and he could eat and drink by sticking his head out from the holes in the wall.

Walldo was a beautiful cat with innocent eyes that showed appreciation for all the help he was getting from the strangers. The rescuers tried to figure out how they could get him out.

Even if they got a loop around him, they wouldn’t be able to pull him out of any existing exits. Their solution was to create a big hole in the wall.

Using a hammer, they smashed the hollow barrier and called for Walldo. He walked towards the light and peeked out with curious and cautious eyes.

The rescuers saw he was being careful and was too afraid to step out of the hole. A loop was placed around Walldo’s neck, leading him out of the wall.

He resisted at first and tried to fight against his rescuers. They treated him with respect and eventually got him treated by a veterinarian. It wasn’t long before Walldo was adopted. 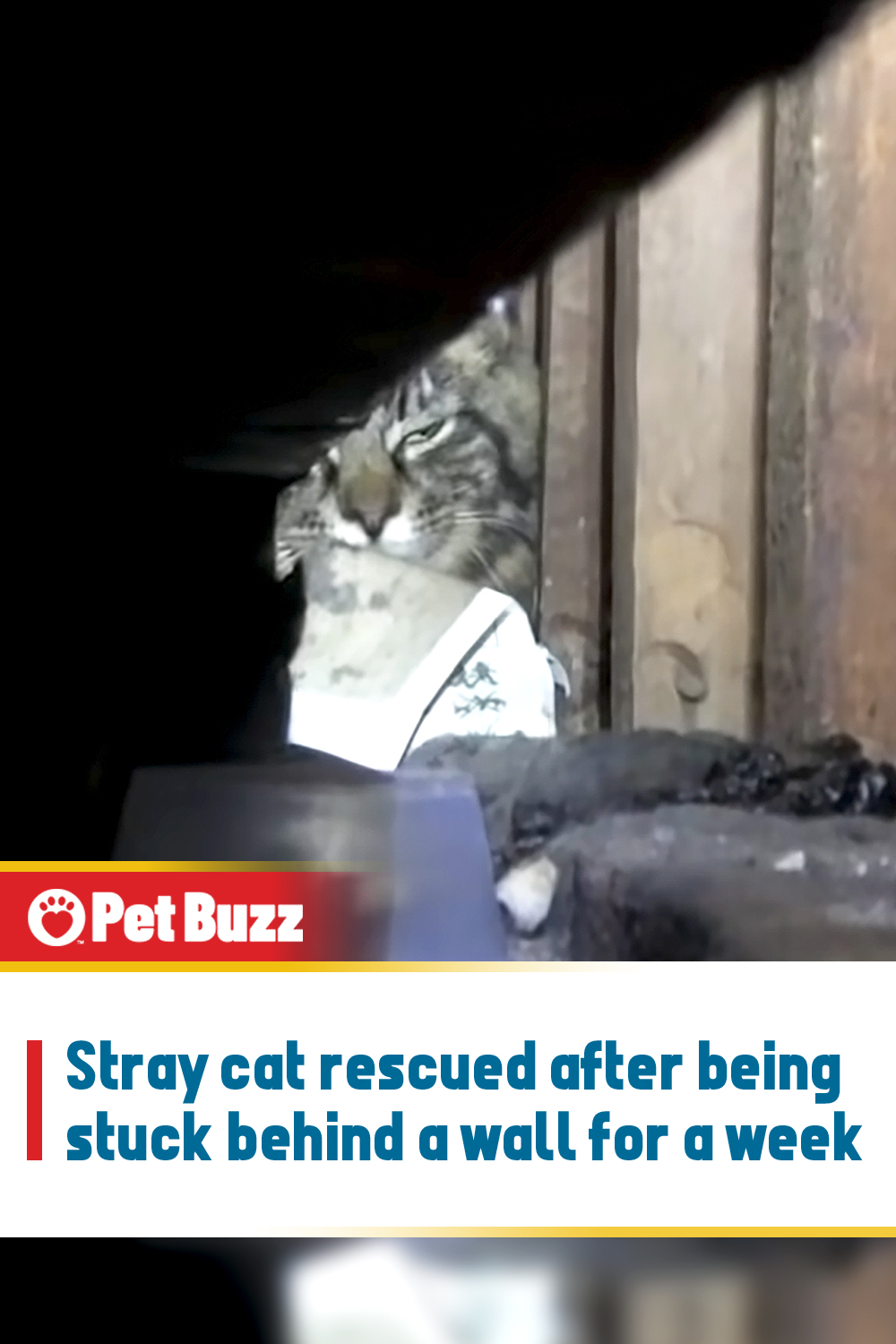