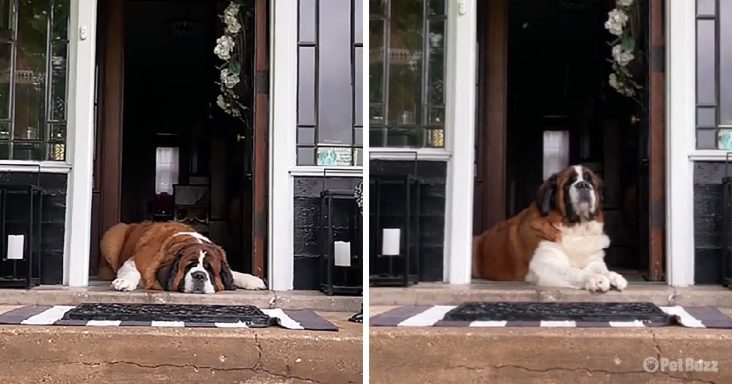 Listening to the sound of raindrops falling can be very peaceful, especially if you can remain dry while listening. This video takes place on a rainy summer day and introduces us to Midas, a gigantic Saint Bernard. 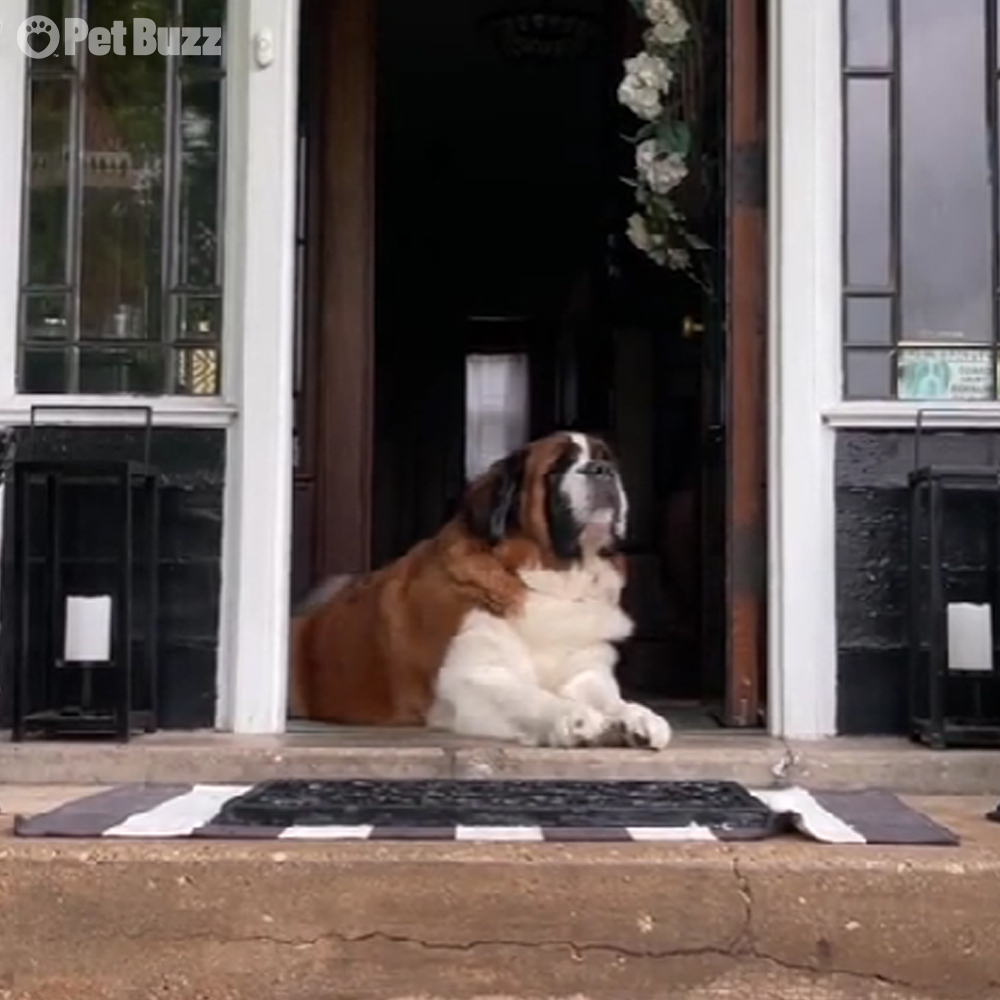 He appears to have mastered the art of enjoying the rain. This short clip—taken from the POV of @saint.in.the.city—begins at the bottom of a concrete staircase while rain lightly falls in the background.

Sitting beyond the stairs and in the middle of the door frame, we see Midas, who’s lying down in apparent bliss. Staring directly at the camera, he obviously notices his mother approaching. 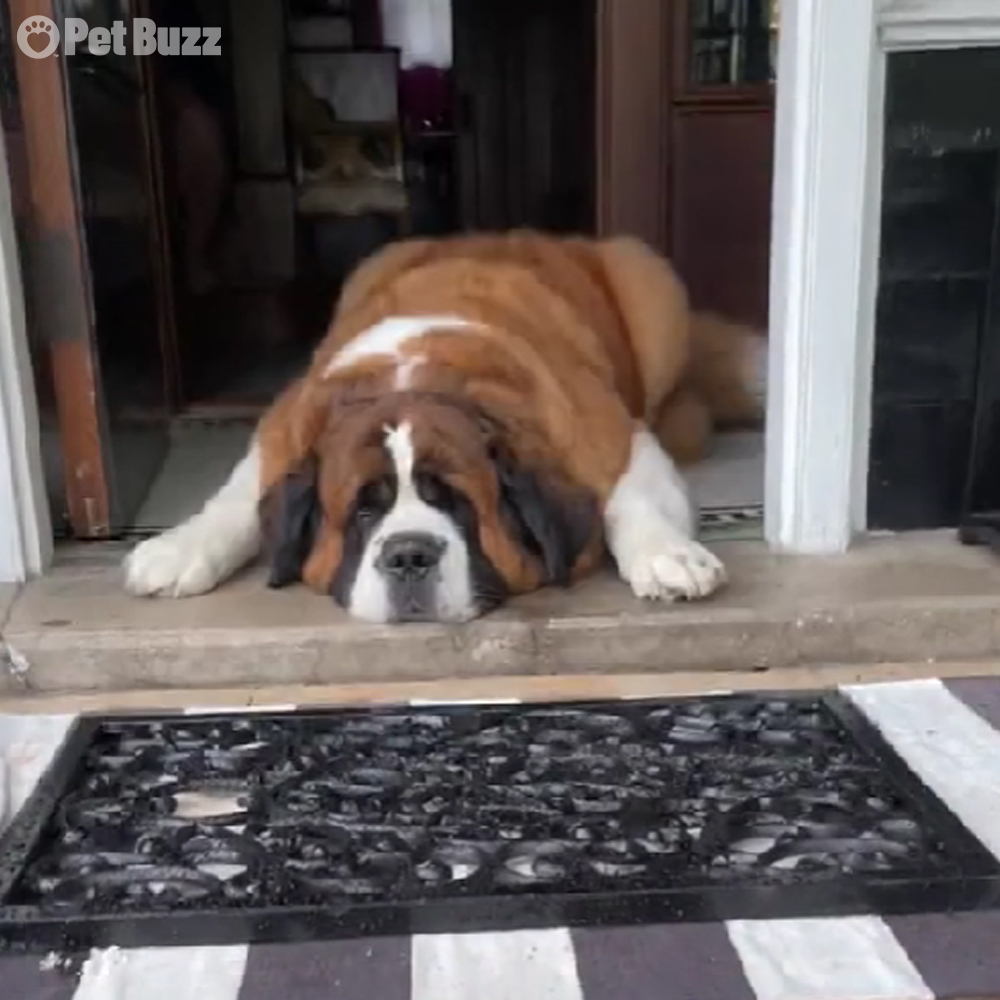 However, her presence isn’t enough to disturb his zen experience, so he doesn’t get up. He starts wagging his giant fluffy tail instead. “Hi buddy,” she greets him. Midas raises his head, almost as if he’s finally considering coming to say hello.

This effort is short-lived, though: his current position must be too comfortable for him to give it up. Still wagging his tail, Midas lays his head back down in the door frame, waiting patiently for the inevitable pets that await him. 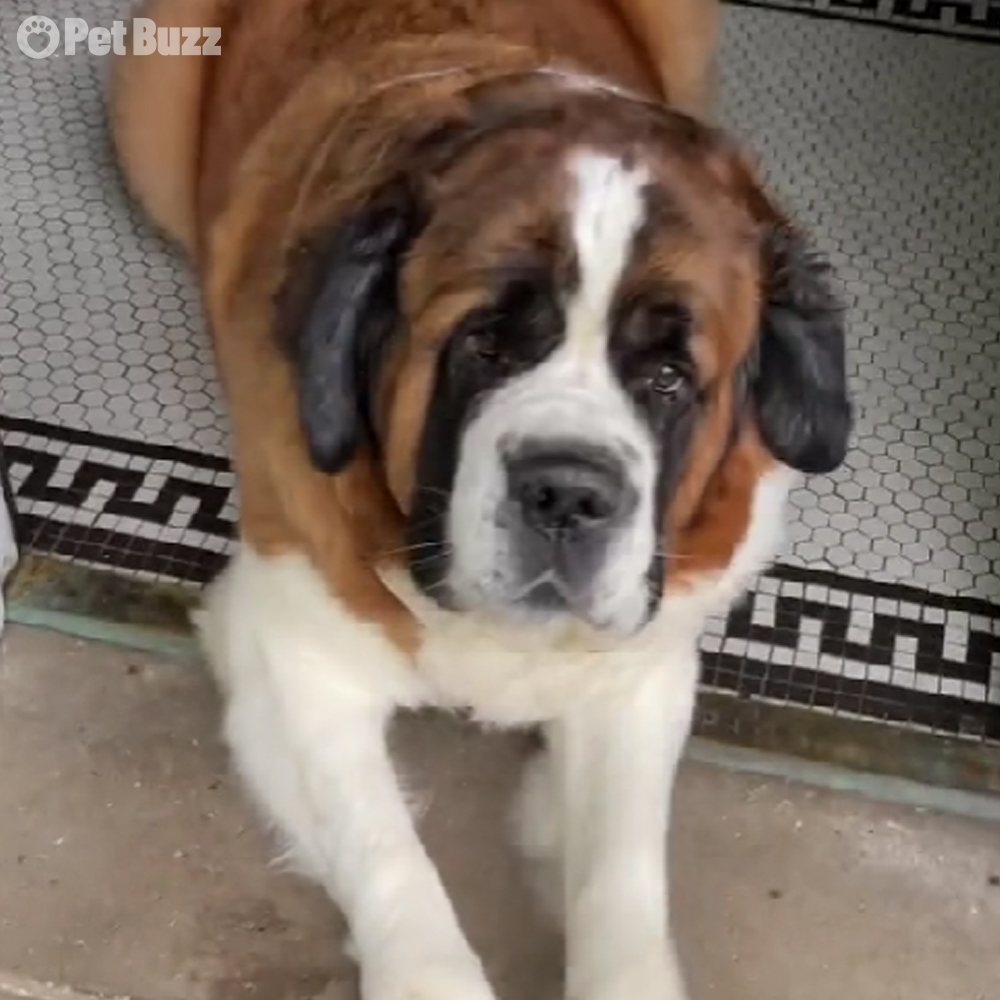 He seems to know that his owner will come to him if he waits long enough. She does need to get inside the house, after all. Sure enough, his patient strategy works out, and @saint.in.the.city walks up the steps.

Midas raises his head again, greeting his owner with sniffs, snuggles, and his adorable droopy face. This is undoubtedly the cutest “welcome home” greeting we’ve seen in a while. Head to @saint.in.the.city’s TikTok page if you want to see more of Midas’s adventure. 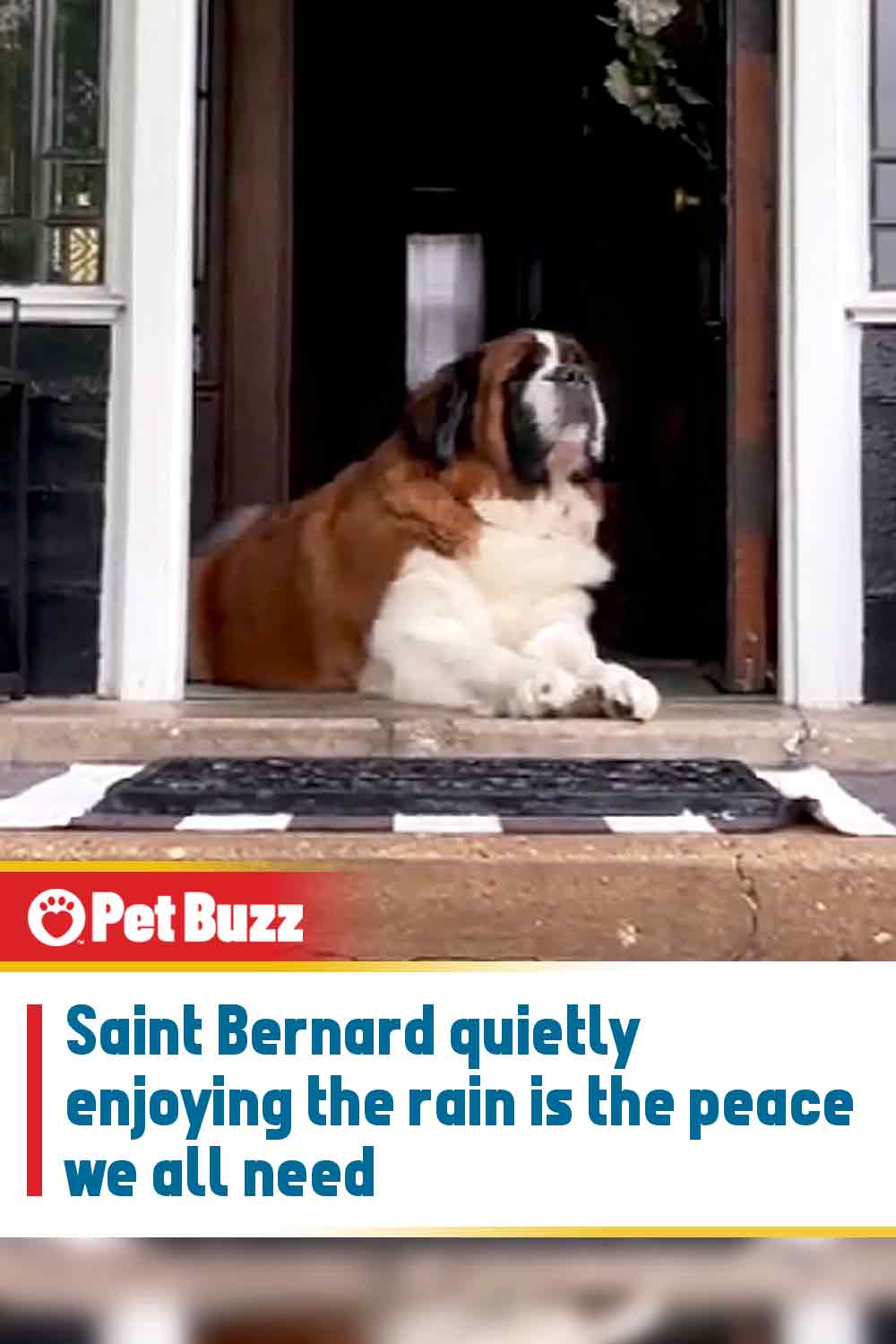