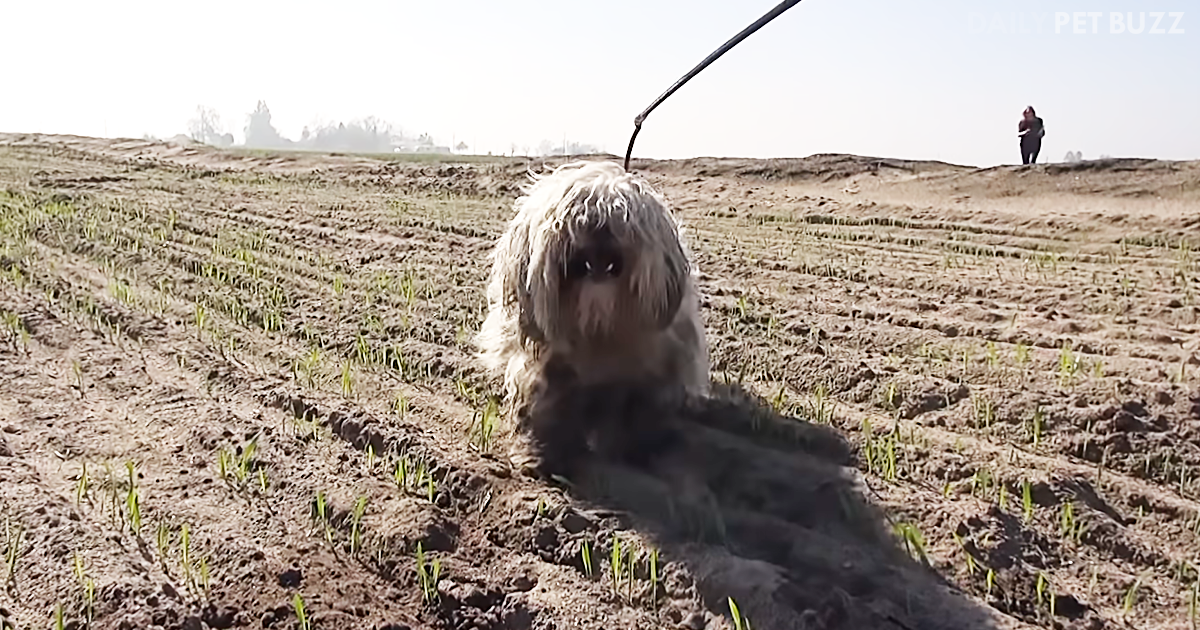 By now, I’m sure all of us are quite familiar with the non-profit animal rescue organization called Hope For Paws and all the wonderful rescues it executes. This non-profit organization has rescued hundreds of stray and abandoned animals on the streets of Los Angeles.

A message came in on the Hope For Paws line. It was an emergency call about a little dog stranded in a huge field. He was all alone in a big field where he was living in the cold foggy weather for almost a whole week. He was scared of humans and began running as soon as he saw them. So it was a tough job rescuing this poor pooch. But these rescuers didn’t give up hope and ran after him.

The dog finally got a bit tired, and they caught up to him. Once he tired out and stopped running, Eldad was able to capture him with his lucky leash (and his ever-handy cheeseburger, of course). He showed some signs of resistance, but Lisa Arturo was able to get the lucky leash on him, and they both calmed him down and were able to take him to safety.

They decided to name this little runner Alfie. This rescue will make your heart race. Back at the vet, he got a haircut, which enabled him to see finally. Pretty soon, he was eating out their hands and kissing the groomer while she gave him a bath. Now he needs a loving forever home. Watch Alfie’s rescue in the video below. 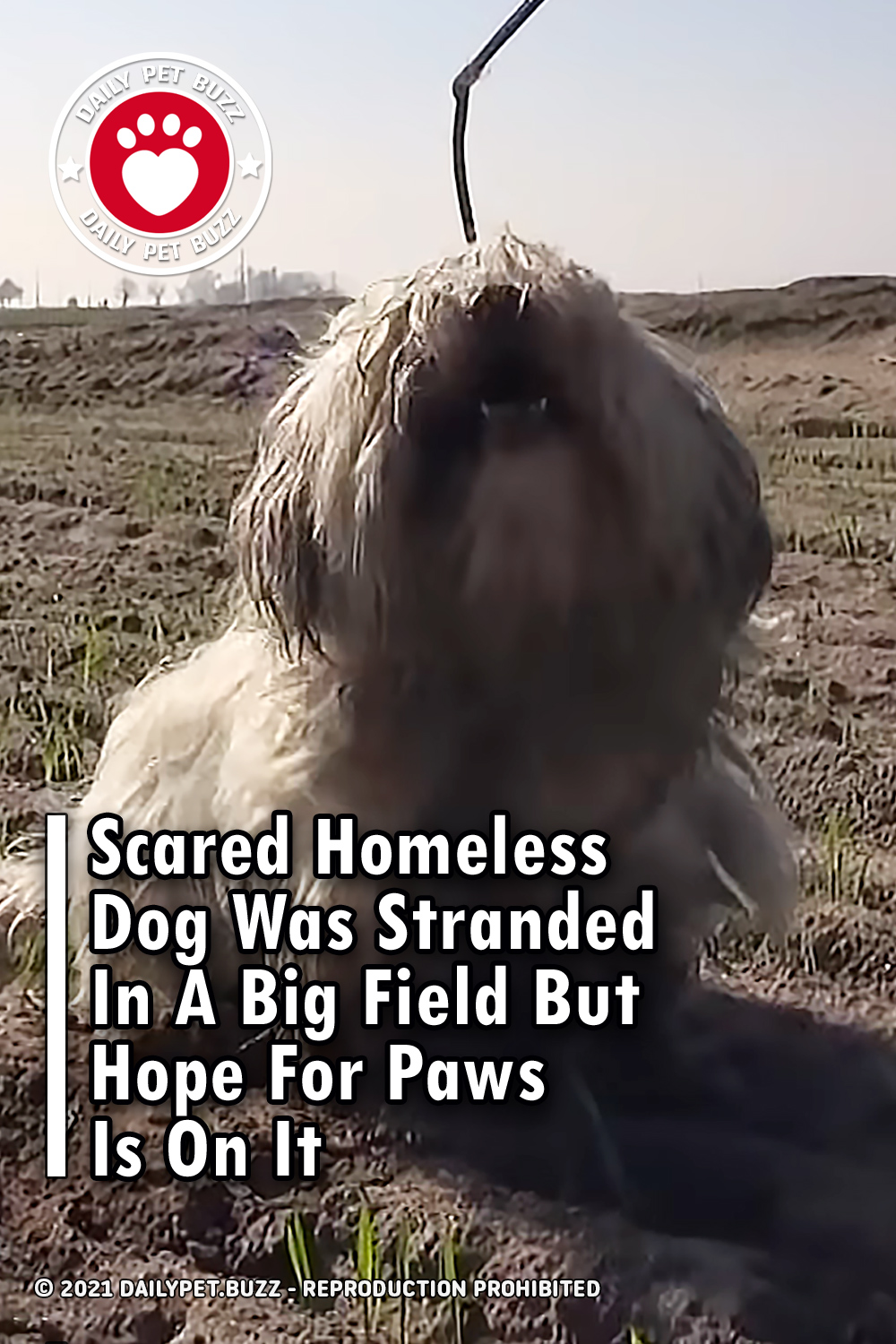