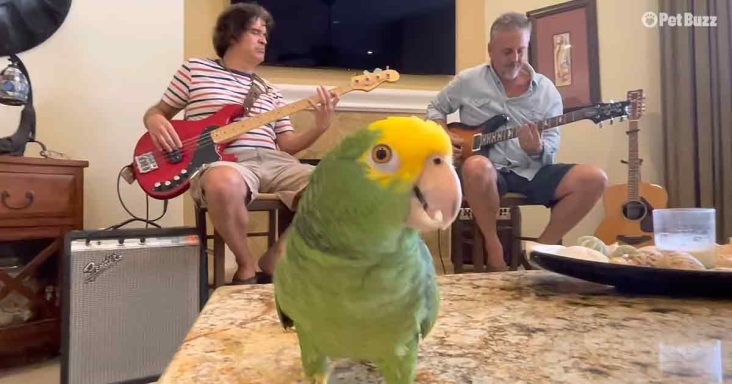 Tico, the singing parrot, performs ‘Honky Tonk Women’ by The Rolling Stones with Frank Maglio and their neighbor Michael. Frank played lead guitar, Michael was on bass, and Tico was the lead singer.

Frank and Michael were on chairs behind Tico while Tico stood on top of a table. The table was his stage, and the living room was his concert hall.

Light spilled in from the window and onto the table. It was a spotlight just for Tico. His feathers are vibrant and beautiful, yellow on his head, green body, and red at the tip of his wings.

It was a colorful performance, to say the least. Frank and Michael never missed a note, but Tico was the highlight of the performance. He whistled and sang in key.

Frank kept a close eye on Tico while he played. Whenever he saw Tico was having a blast, he couldn’t help but smile. The two of them have been performing together for a while now.

Tico made use of the entire table, and he walked around it as if he was surrounded by adoring fans. He sang to his heart’s content, and his happiness was contagious.

They finished the song with flair, and Tico seemed satisfied with their performance. Each time they play together, Tico and Frank only get better and better. 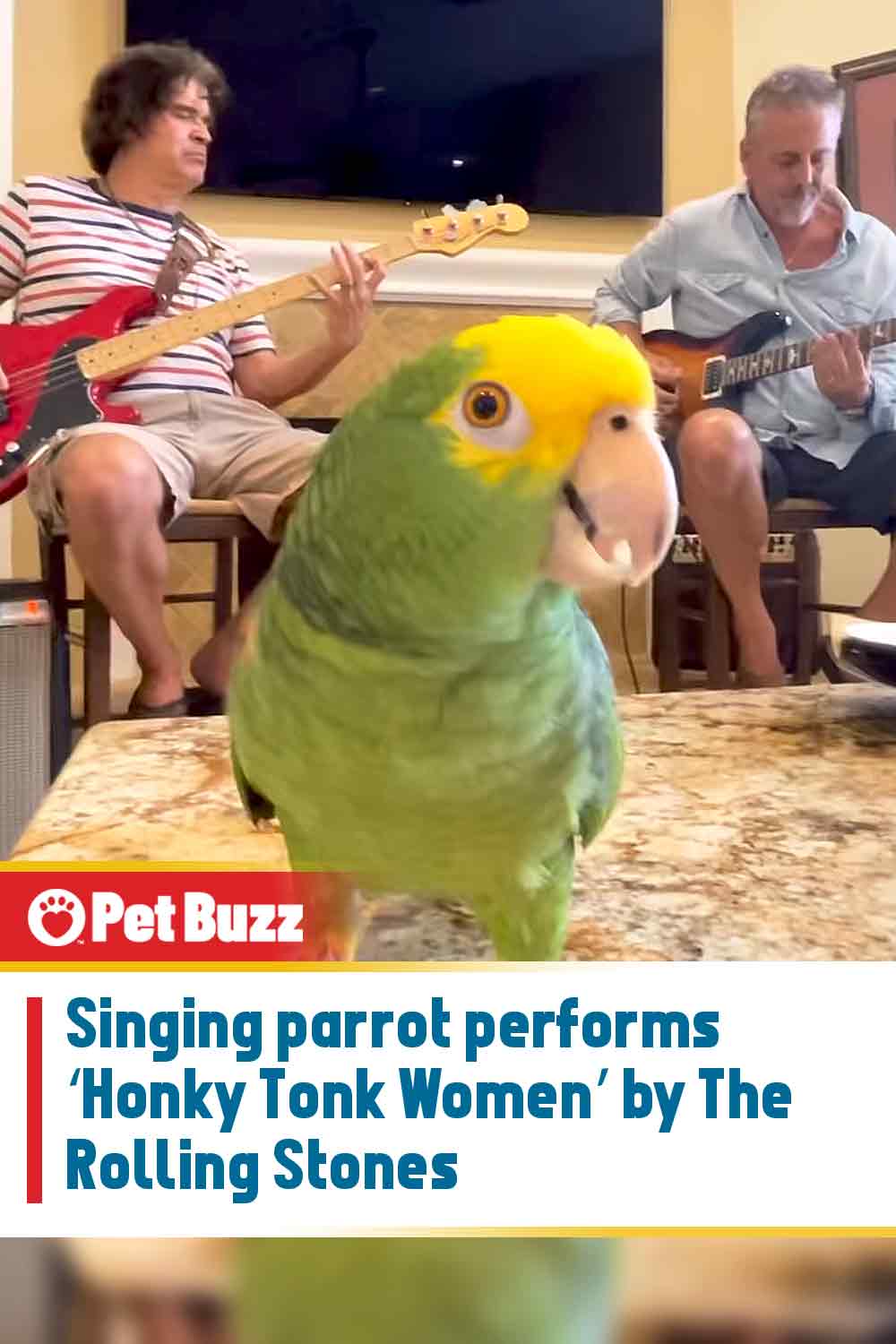