I have always admired those who act in either positions of animal control or animal rescue. They put themselves in harm’s way every day by dealing with unpredictable creatures. One never knows what day an otherwise harmless animal might snap. Also, it takes a lot of courage to try to deal with something like this situation with a stray pit bull. These dogs have a fearsome reputation, but the woman in this video does her best to debunk it.

We see a woman walking down a street in Mechanicsburg, Pennsylvania. The person filming is trailing her in a car. She sees a pit bull eating out of a garbage can. She approaches the dog, but in a slow, unhurried way, never taking a direct route. The dog, who is female, keeps moving away. At one point, she’s standing in a fairly busy intersection. The woman follows her ” we mostly see her from behind, but I bet the whole time she’s not making eye contact, since dogs can see aggression in that.

Then her persistence begins to pay off. The dog moves closer, her trust in the woman growing by the minute. Throughout the whole video, she’s barking loudly. Finally, we see it – a tail wag. Once, twice – then constant. The woman sits down on the ground and eventually the pit bull starts climbing in her lap, seeking affection. It’s an amazing change from how the video began. When the video ends, the woman is hugging her new friend.

This woman was part of the Speranza Animal Rescue, and they brought in this pit bull, naming her Dolly. What a sweetie she turned out to be. She really wanted to be rescued, but didn’t exactly know how to respond to it. What really made this was the woman’s calm demeanor the whole time ” she didn’t just try to immediately throw a leash on the dog. She gained her trust. More places should act like this when dealing with either humans or animals.

Wow. What an amazing scene. I was so moved. Were you? Please tell us your thoughts below! 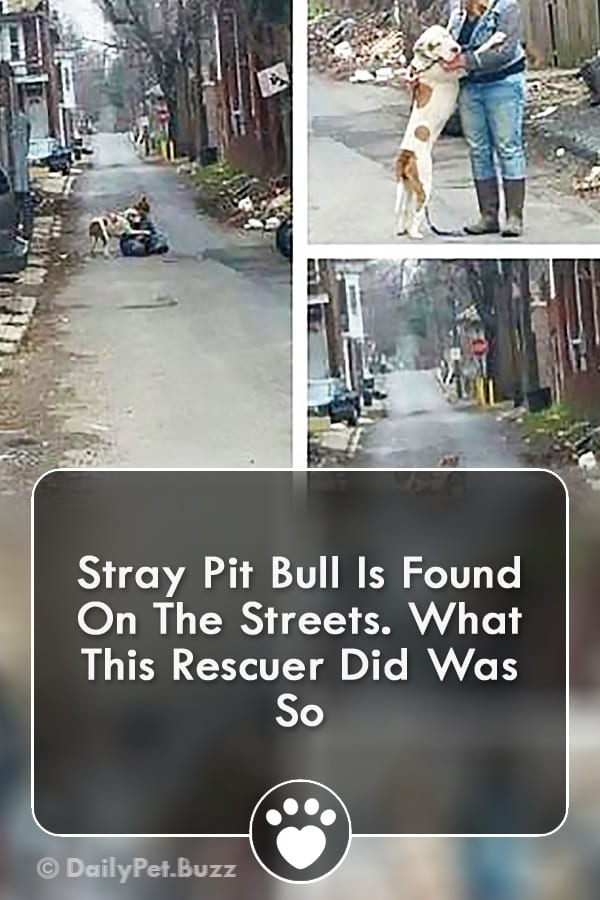