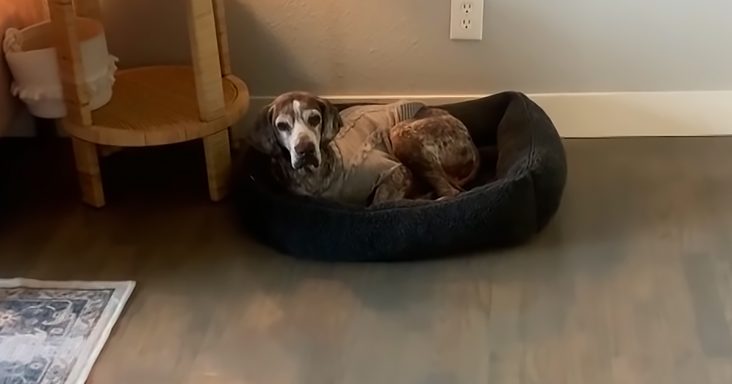 Eugene, the dog, was rescued when he was 12-years-old and he was pretty nervous at first. Adrian did her best to make him feel at home, and she was worried because Eugene was shaking tremendously.

He was underweight, and she could see his ribs. Adrian knew that Eugene was overwhelmed because he wanted to be near her but also wanted to have his own space.

It was a spontaneous decision to adopt him. Adrian didn’t know much else about him besides his age and that he had a skin allergy. Thankfully, Eugene found a dog bed that he curled up in on the second day.

From that point, he started to open up and felt more at home. Eugene started to wag his tail whenever he saw Adrian or her husband. He would get cold a lot, so he needed to always wear a sweater.

Sometimes Eugene would wear even more than one sweater. He always wanted to be next to Adrian. She called him her little shadow, and she loved how handsome he looked in his clothes.

Eugene showed her that he had two personalities. One is the playful and chaotic puppy, and the other is the old man who wants to sleep soundly in his cable-knit sweater.

Adrian loves that Eugene is the sweetest and most dapper gentleman. He knows how good he looks, and sometimes he just wants to show off. She says that Eugene changed her little family forever. 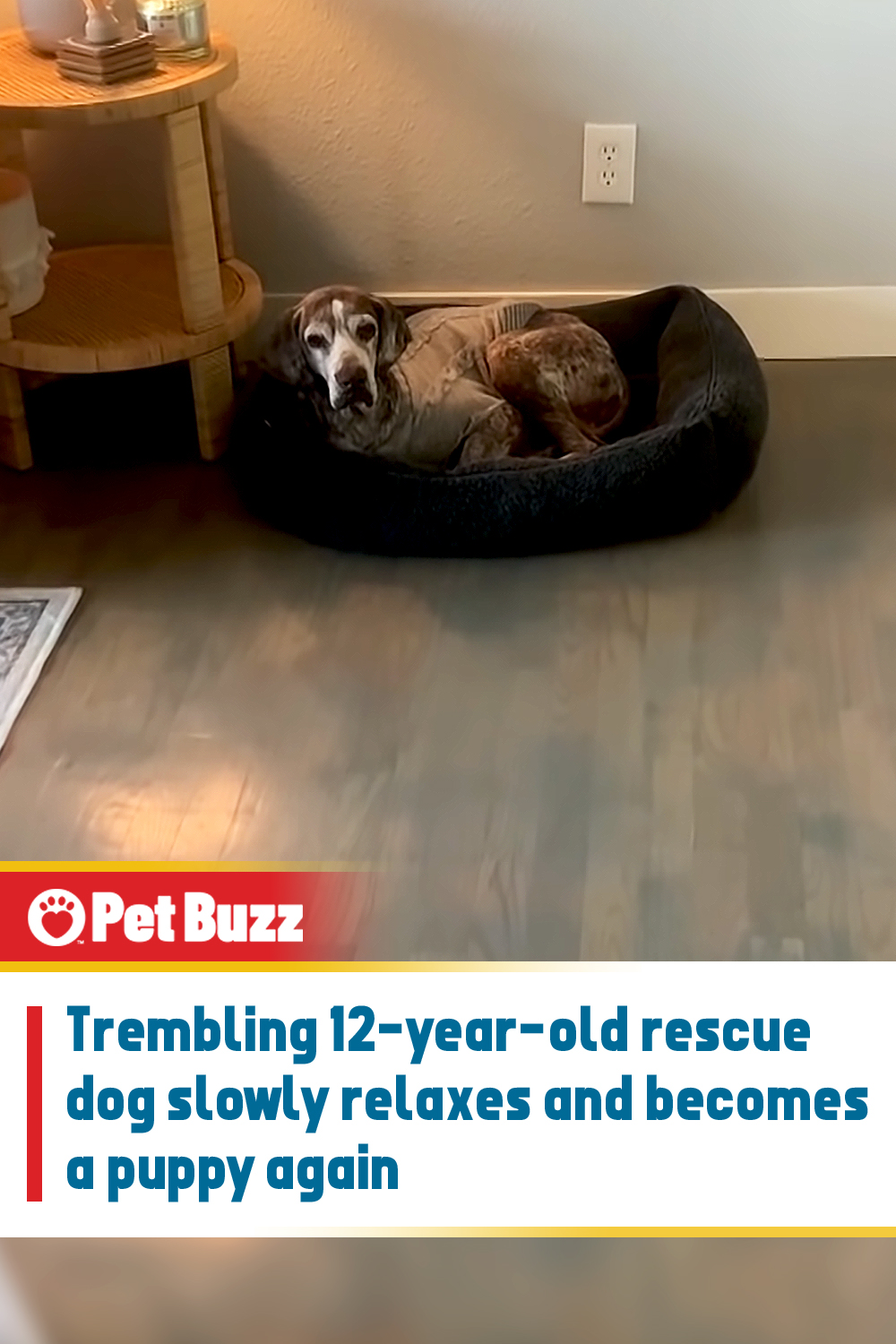