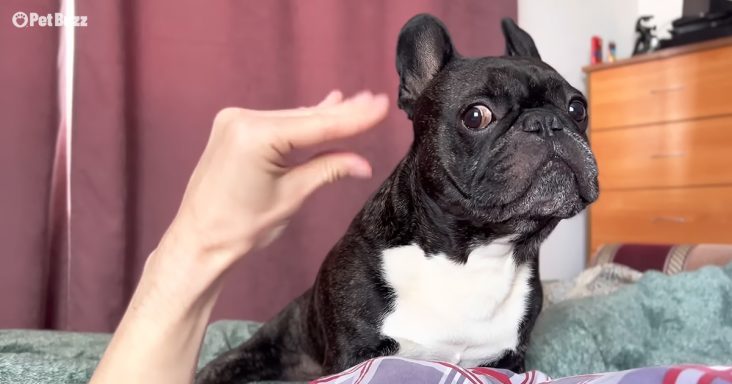 Oleg, the dog, was surprised when his dad mimicked a goose with his hand and “attacked” him. It was a bright and sunny morning when Oleg woke up his dad.

He was yawning and relaxing as his dad was still sound asleep. Oleg walked onto his dad’s face and started to sneeze. With wide eyes, he looked at him very closely.

A large hand reached under Oleg’s chin and started to give him scratches. Oleg continued to sneeze onto his dad’s face, and his dad began to smile and laugh.

They cuddled on the bed, and Oleg’s dad played with him before getting up. Oleg loved the attention, but he didn’t expect to see a “goose” with them while they were hanging out.

Oleg’s dad formed a goose with his hand and gently pecked and prodded Oleg. The French Bulldog’s eyes were wide, and he side-eyed his dad’s hand.

Laughter filled the room because Oleg was confused, irritated, and expressive. His dad made the goose disappear and made Oleg roll over to rub his belly.

They got out of bed, and Oleg watched his dad have coffee as wind and light came in through the glass doors. Oleg chased a ball thrown past him, and he knew it was the perfect morning. 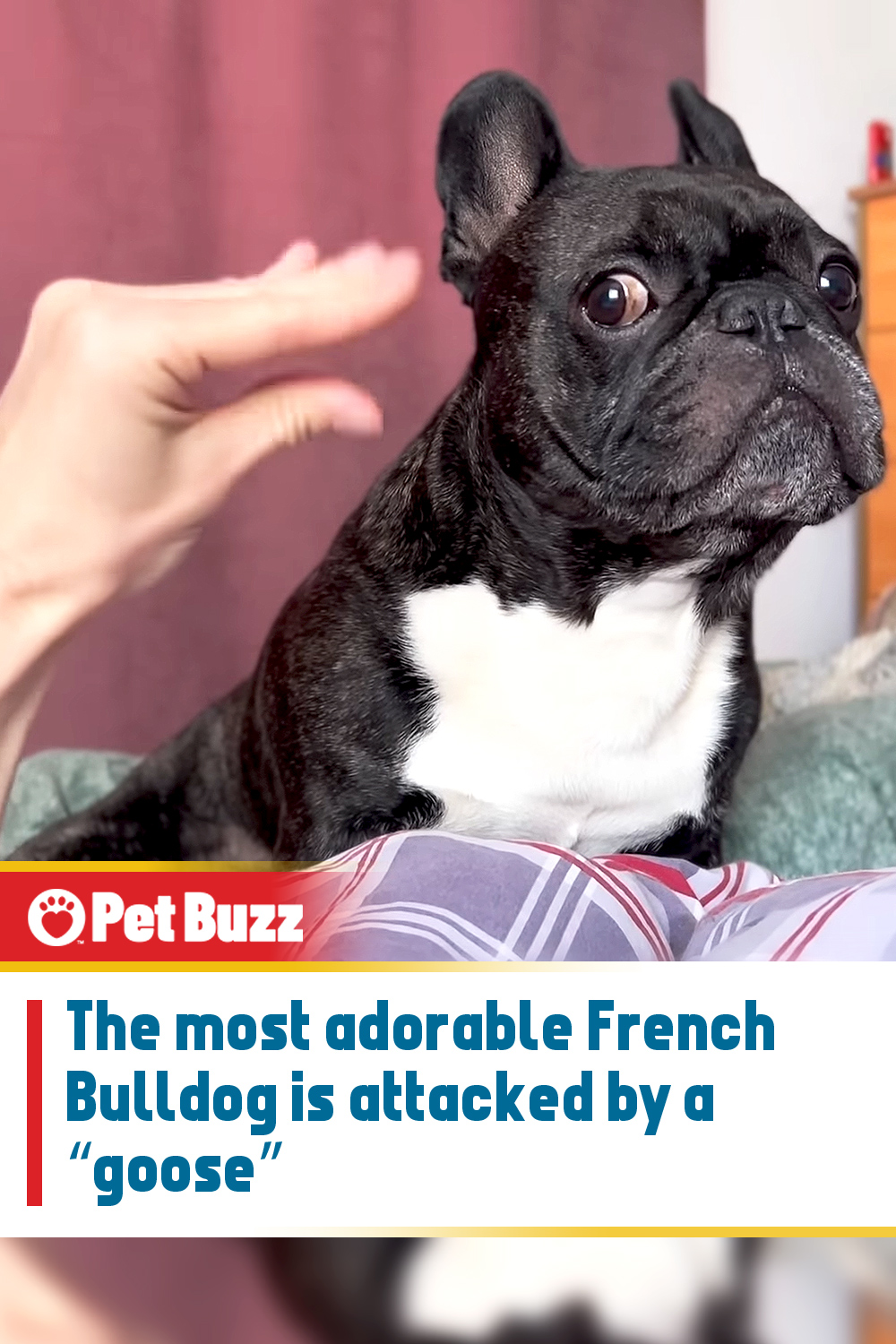