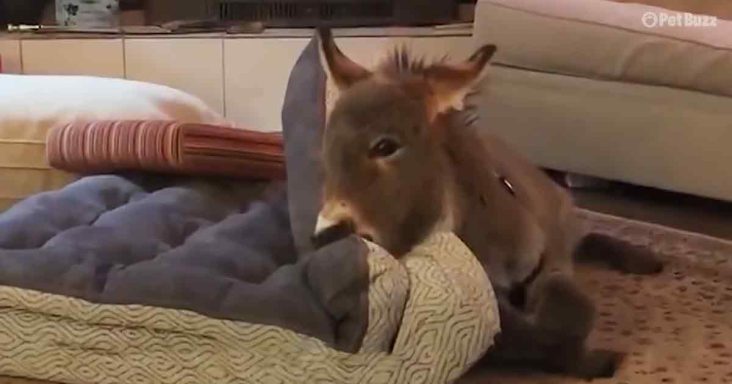 Tiny Tim is a donkey who thinks and acts like any other dog. Jody Topping took him in when he was born. He would not have survived without her.

When Tiny Tim was born, he was the size of a small stuffed animal. Jody thought he was a rabbit at first. According to Jody, he weighed less than ten pounds, and he should have been at least fifty pounds at birth.

The vet found that Tiny Tim’s liver wasn’t functioning properly, and they didn’t know if he was going to survive. Jody wanted to give Tiny Tim a chance to survive, and she nursed him in her house.

For a week, she fed him from a syringe every twenty minutes. Jody’s hard work paid off, and Tiny Tim got stronger every day. He now loves to play with pillows and get back scratches from Jody’s husband.

Since he was too small to be with other donkeys, Jody kept her in her house with her dog. Jody house-trained him and found that he was easier to teach than a dog.

Tiny Tim quickly learned to go outside if he wanted to relieve himself. After eight months of living together, he became very attached to Jody. He was like her child.

One of his favorite things to do is throw pillows into the pool. Tiny Tim’s record is 22 pillows in the pool in one day. Tiny Tim brings joy, laughter, and love to his family. 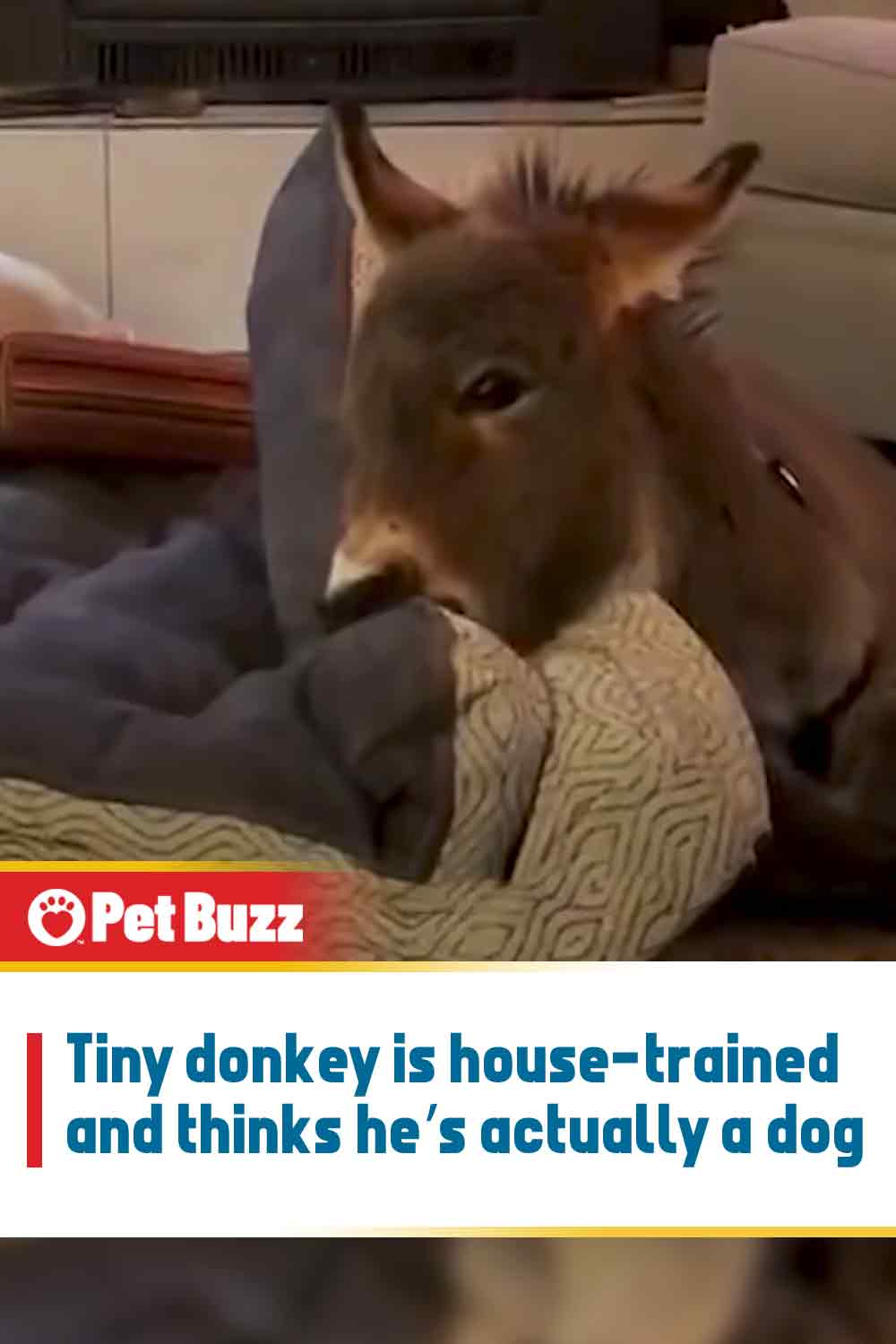