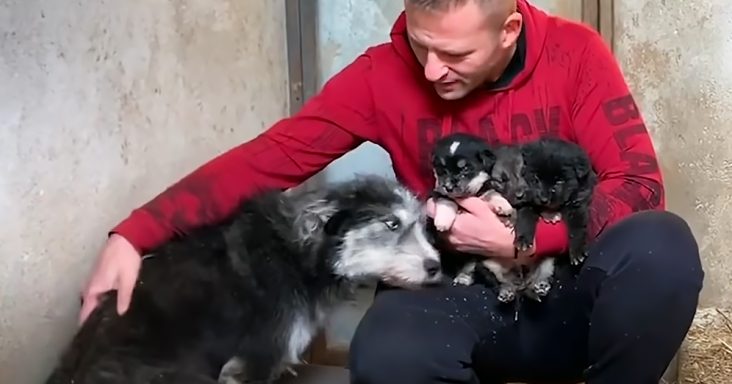 A mother dog in Serbia showed incredible tenacity when she asked a man passing by for help. Her 3 puppies were stuck inside a pipe, and she could not rescue them on her own.

The dog stopped a passerby and made him understand that she needed his help to rescue her babies stuck inside a pipe. The kind man allowed the mamma dog to lead him to the distressed puppies’ location.

Upon reaching the spot, he inspected the situation with a flashlight. He saw three little puppies inside a pipe whimpering in fear. The man carried the mother dog to his van to ensure she was safe before deciding to help the puppies with his friend.

He dropped pieces of food outside the pipe, hoping to attract the puppies to come out of the pipe. After waiting for a while, the first puppy came out to eat the pieces of food. He pulled the puppy out with the help of a long brush.

He held the first puppy in his hand and pulled out the other two puppies using the same technique one at a time. Then, he carried the three puppies to his van and placed them inside with their mother.

The mother dog was thrilled to get her three puppies back safe and sound. She thanked the rescuer by looking at him lovingly. The rescuer was from the Dog Rescue Shelter in Mladenovac, Serbia.

He took the momma dog and her three puppies to the shelter. The dog family received proper care just like other dogs in the shelter. After three months, the three little scared puppies grew up to be healthy dogs. 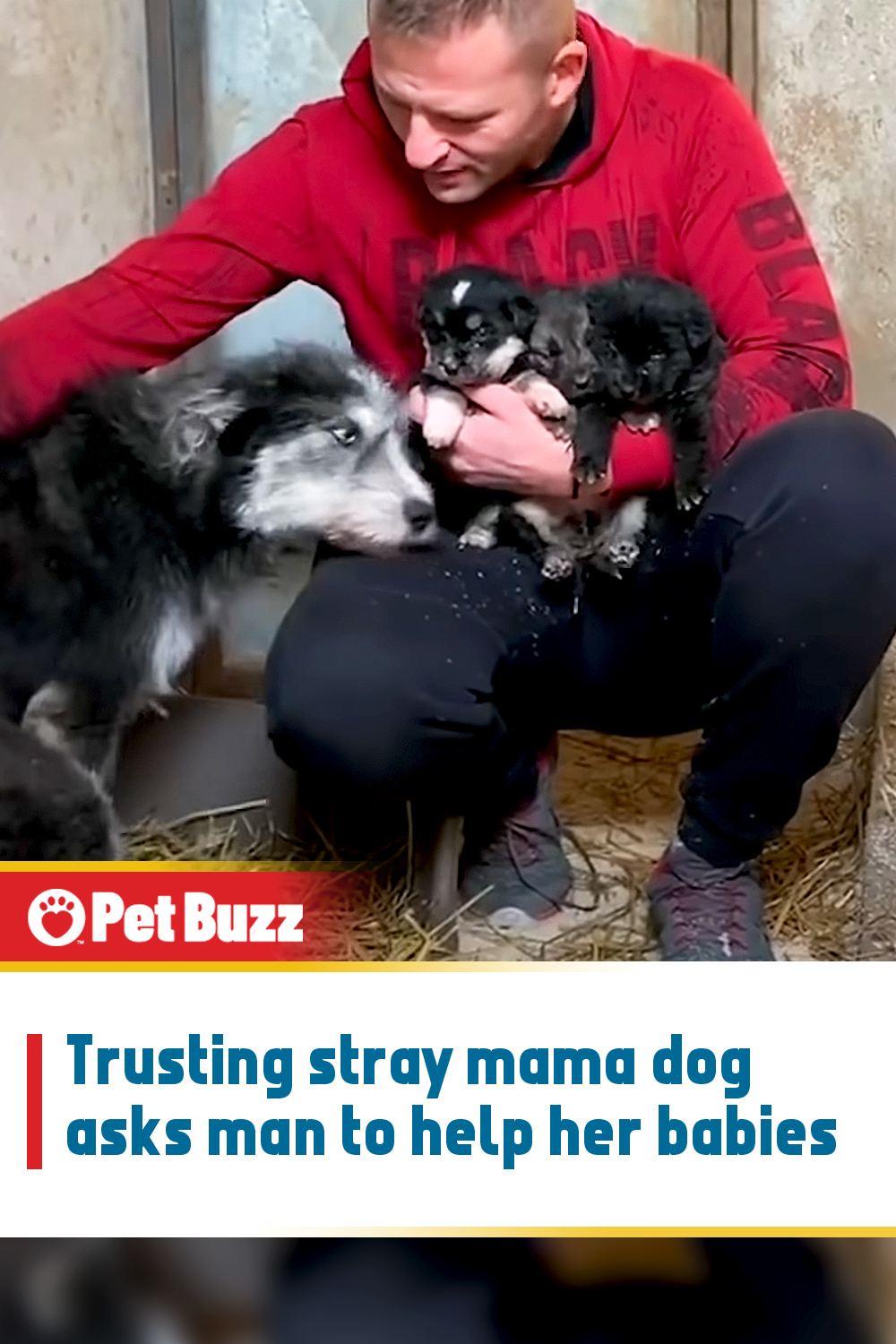