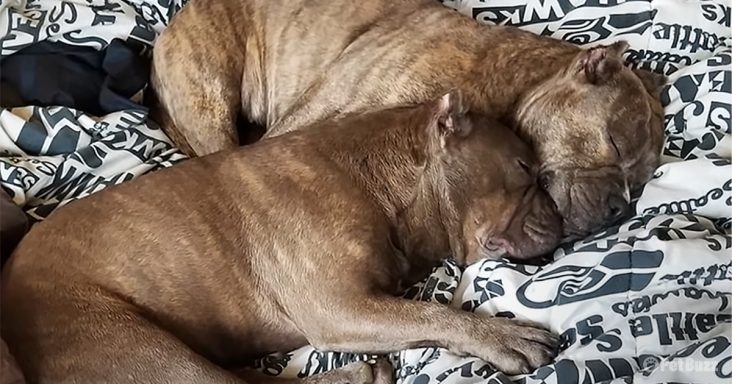 Backpack and Toad are two bonded Pit Bulls that flew across the world to meet their dad and live in their new home. Rachel Hinman of Slaughterhouse Survivors Animal Rescue talked about saving the Pit Bulls.

She spoke about how they don’t usually keep two dogs in the same kennel, but they made an exception for Backpack and Toad because their bond was rare.

They found a Backpack in China when a group of dogs was left behind on a property. Before the rescuers arrived, the dogs were going to be sold to the meat market.

Backpack got her name because she was so thin and small enough to fit in a backpack. Then she met Toad, and they were inseparable at the safe house. It was the rescuers’ dream to have them adopted together.

Around a year later, the dogs were flown into LAX to meet their dad Jed Ballou. He was nervous and excited, comparing it to the feeling of waiting for a baby to be born.

Backpack and Toad jumped on him and licked his ear right away. Everyone knew that Ballou was the dad they loved and deserved. Ballou let the Pit Bulls figure out how to be dogs.

Ballou loves them because they are adorable and sweet. They have come a long way in a year and have more to learn. He believes it is fate that brought them together. 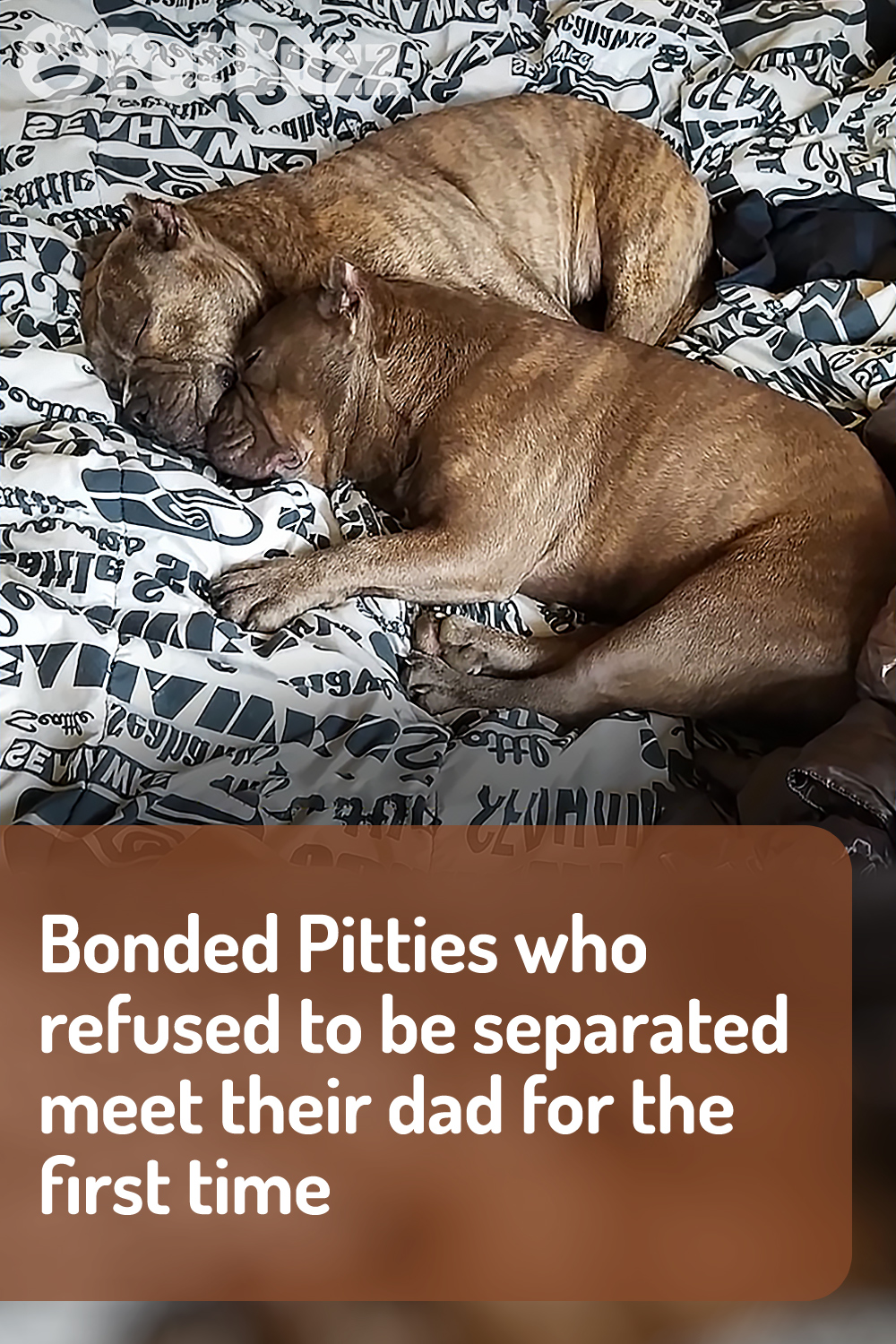