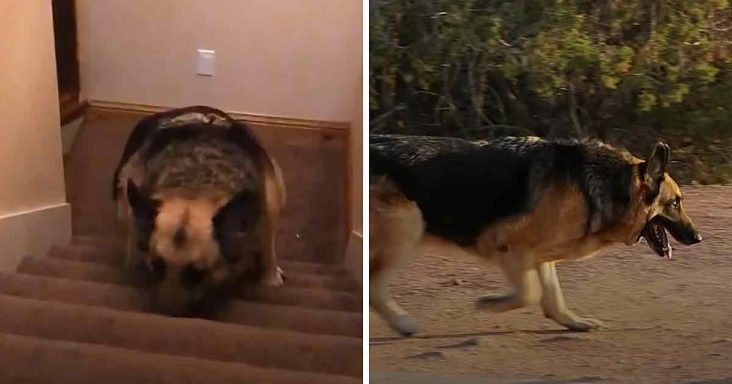 Tony was a 150-pound German Shepherd who was adopted and joined Lee and his family of eight rescue dogs. He needed to lose 50 pounds, and Lee was determined to motivate him every step of the way.

Lee’s most significant worry for Tony was possible heart, hip, and joint issues. Tony was actually adopted once and returned to the shelter. This time around, Lee wanted Tony to know that he’s never going back.

On the first night in his new home, Tony was distant and tried to hide. There was nowhere he could hide because he was so big. He had to lie down when he ate because he couldn’t hold himself up.

Lee gave Tony so much love and support it was clear that Tony wasn’t used to receiving that kind of attention. To get Tony toned, Lee motivated him to keep up with the rest of the pack.

After Tony’s first day of exercise, he was confident, and his first visit to the vet showed he had lost three pounds. A few weeks into his new life, he was already more active and happier than he had ever been.

Lee saw himself in Tony. When he was young, he felt out of place and out of touch. He used to visit a shelter, and that’s what motivated him to start rescuing dogs.

Nowadays, Lee travels around the country to promote dog adoption. Tony has lost over 50 pounds with the help of Lee, and he is thriving along with the other rescue dogs in his pack. 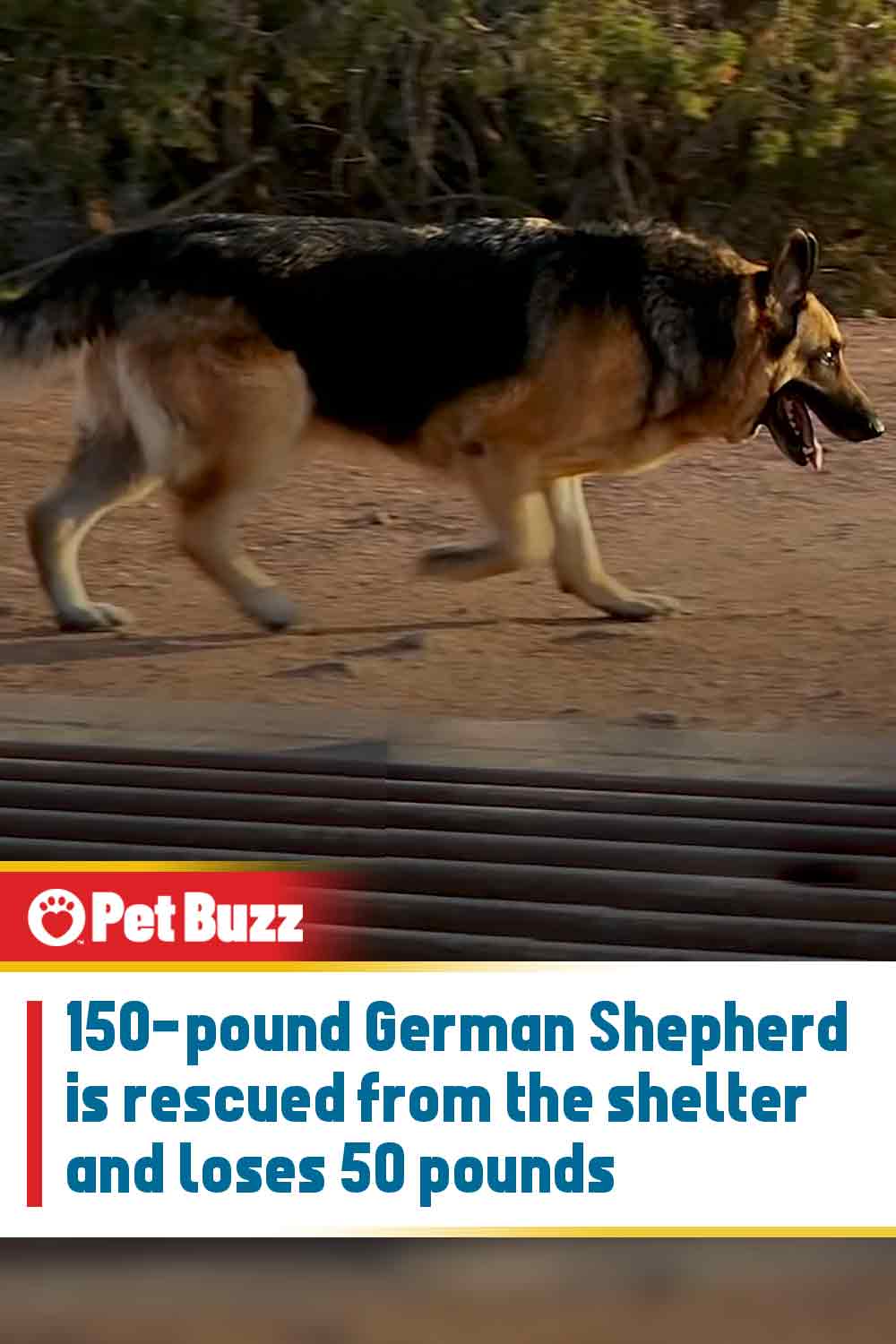