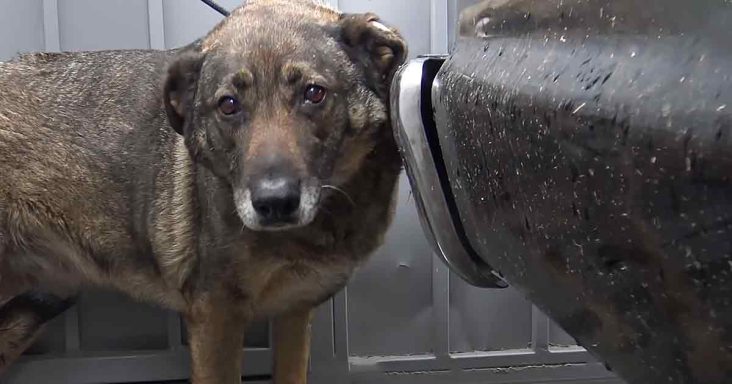 People called for rescuers to come and help a stray German Shepherd who had been crying for days. When rescuers showed up to help, they found the dog hiding.

The German Shepherd was full of fear and crying while she moved away from anyone who got close. She hid under a car and any tight spaces she could find.

Food was given to the dog to relax and trust the strangers a little more. One of the rescuers went behind her to lead her out of hiding.

They slowly put a leash around her and gave her pets to make her feel more relaxed. She was crying less, and she seemed to understand that she was safe with them.

They put her into a kennel a few moments later and brought her to the vet. The German Shepherd was given a bath and treatment before being adopted by a loving family.

She was given the name Sassy Pants Dunbar, and she lives in a home with another dog. They are good friends, and her owner thinks she is part squirrel because she is always using her paws to hold things.

Two weeks later, her rescuers went to see her again, and they couldn’t believe she was the same dog. Sassy Pants Dunbar was excited to see them, and she was wagging her tail nonstop. 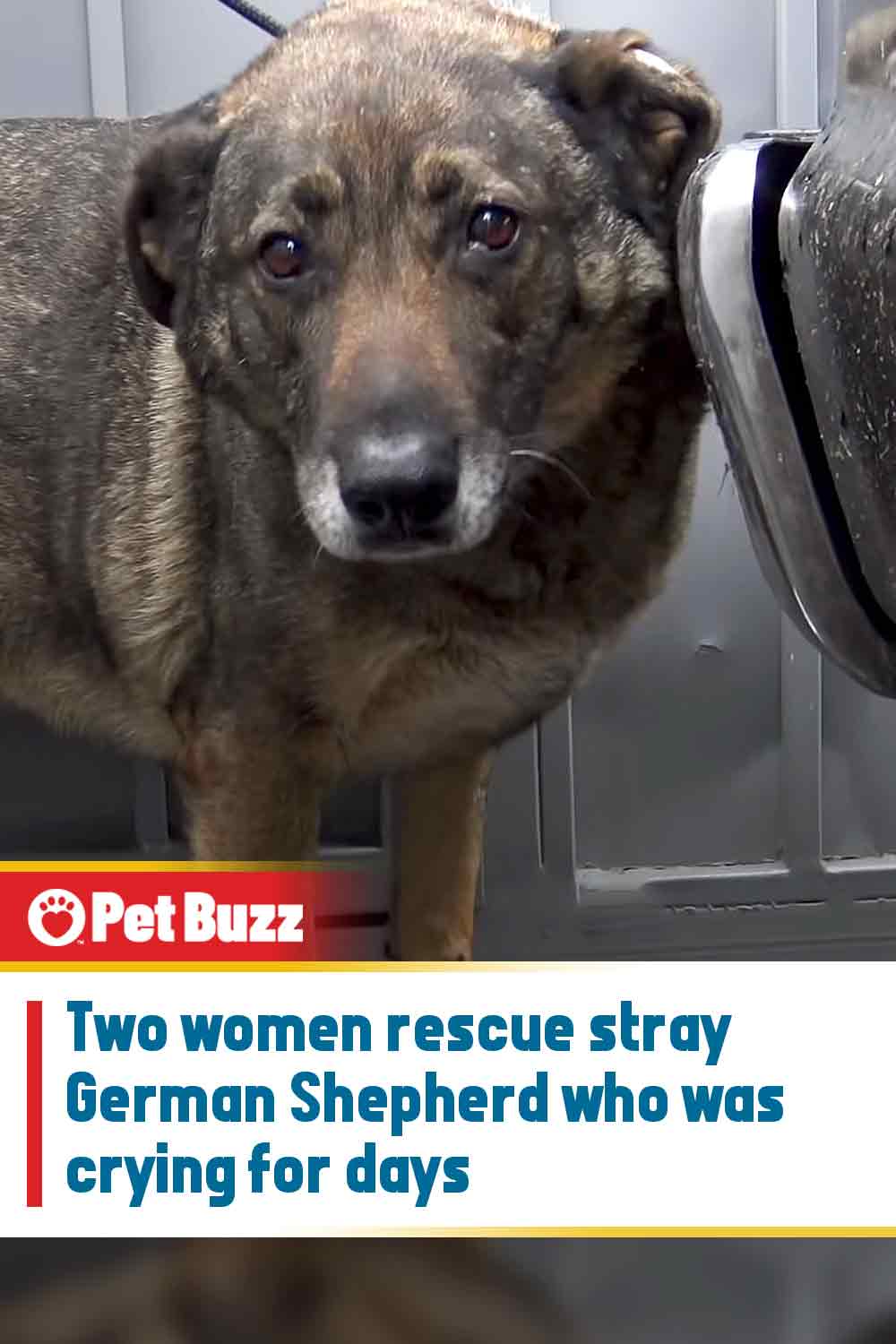