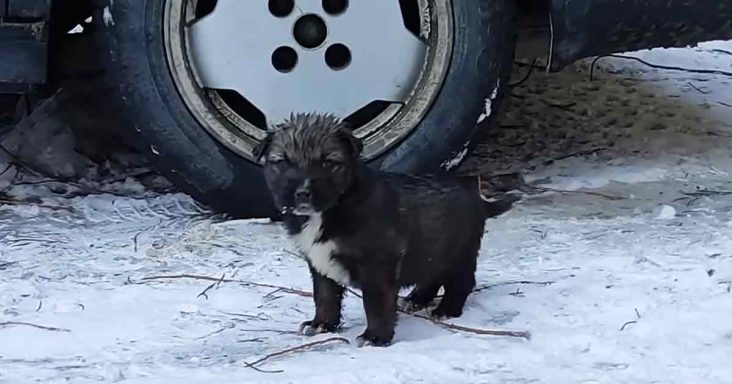 The weather was a chilling 5 degrees Fahrenheit, and Paw Squadron quickly drove to a railroad to find a stray puppy. They traveled 93 miles to reach their destination.

Ice and snow covered the roads, and it wasn’t a smooth trip by any means. There were already two puppies in the car, and a new one was about to join them.

Once they arrived at the railroad, their long search began. Without any tracks to guide them, they had to check the entire area. The puppies were left waiting in the car.

Fortunately, they started to hear the sound of barking. A puppy had revealed himself. He had been hiding underneath a car that the rescuers passed several times.

The puppy chose to trust them and approached his saviors. He was wagging his tail, and they picked him up and brought the shivering dog to safety. At the car, he received a warm welcome from the other pups.

It was a long trip back home, and the tiny puppy was happy to have warmth in the long car ride. He fell asleep in the palm of his rescuer.

When they arrived home, the puppy was given a bath to clean all the oil and dirt he collected. Then they took him to the vet, where he was checked, and he had no serious ailments. 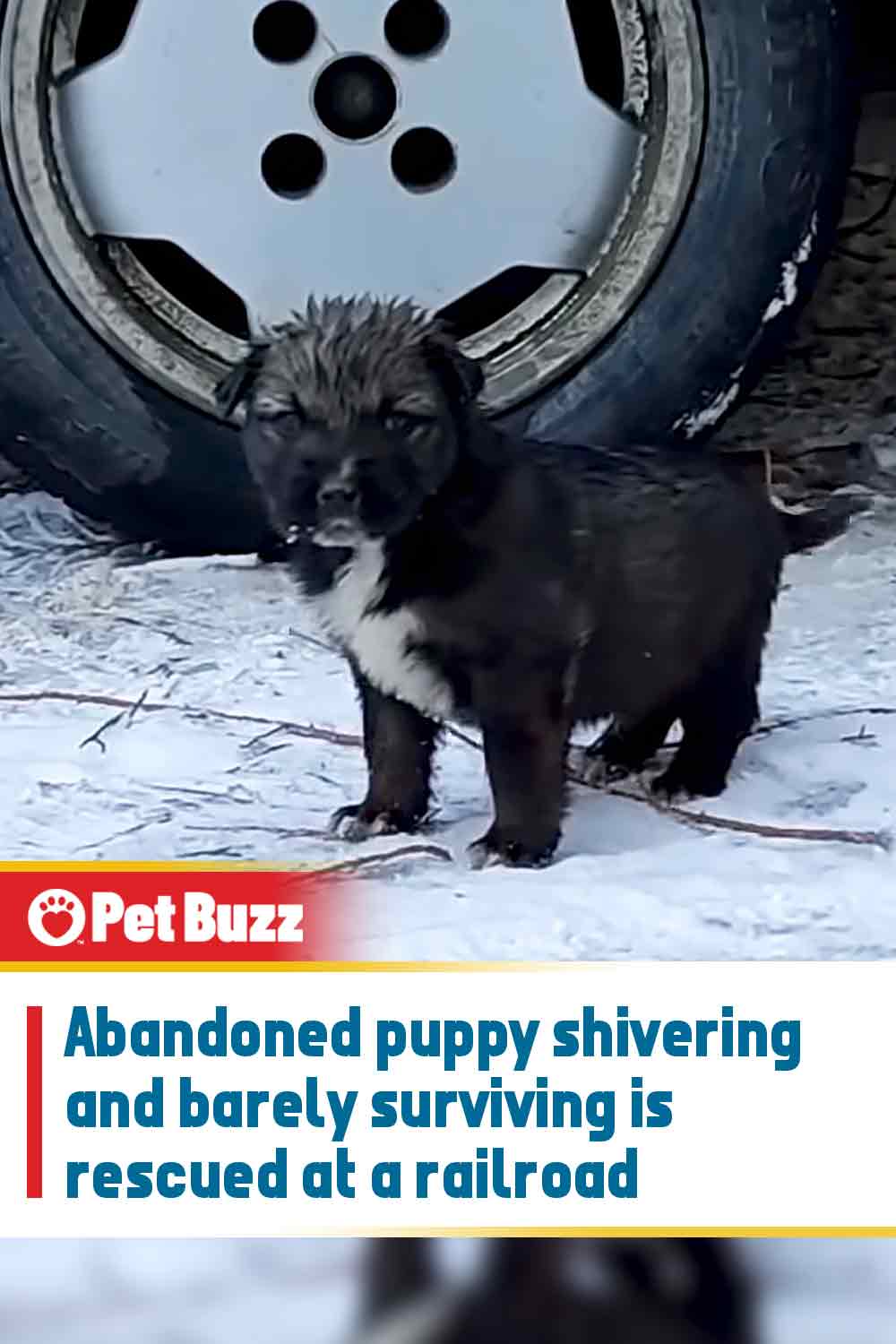